So its another review, we've managed to get our hands on the Chapter Approved Tactical Deployment supplement and its an interesting addition to 40k. 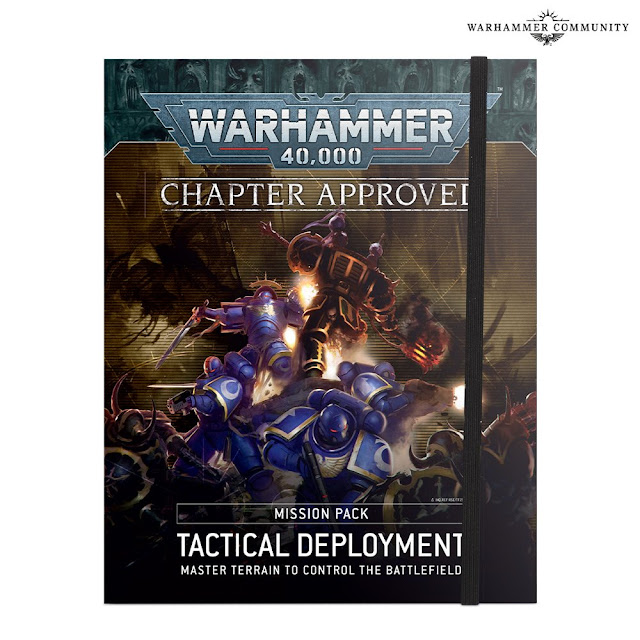 It is very much a gaming book for matched play even down to how the book is designed physically and  laid out.

The binder format certainly helps with laying the book out flat during your games and keeping your page position.

I think GW are looking to capitalise on the new edition with the book but I personally can't see the new terrain rules being a popular gaming aid as its not really for narrative gamers nor is it something I can see tournament organisers or gamers using. However, I'm sure the extra secondary objectives and missions will be a welcome edition.

Lets see what's in the book... 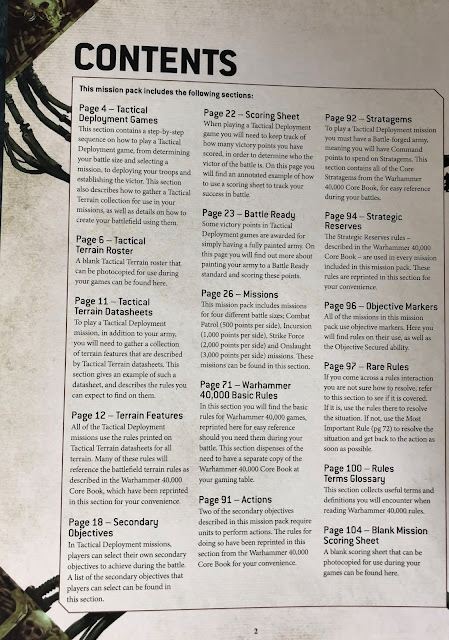 My initial thoughts are that from a more competitive point of view tournaments are looking to create an even playing field both with terrain set up and type. They're also going to want to keep game times down to a minimum and this will only complicate things further and extend deployment times or rules queries.

However, on the flip side I can see this as a way of giving some tournament organisers more guidance and it also solves the problem of them having to source a tonne of terrain because players would now bring their own.

Another potential issue is players using the terrain to create very favourable defensive positions for their units, which is kind of the idea but it could lead to very defensive gun line style games that aren't the most exciting.

This could therefore also create an imbalance for offensive armies as they need to attack and it would then favour an army who can defend and then push out of their deployment in later turns. Orks could be an army to suffer in that sense. 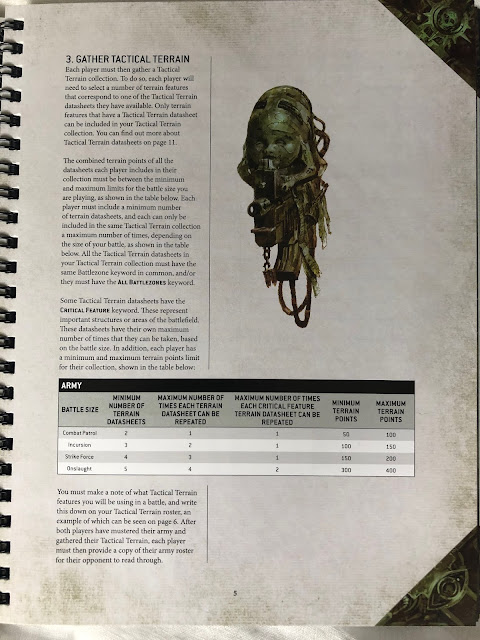 Above you can see the general set up for these games with, terrain limits and points limits. You will also get a roster sheet to record what you're taking for your opponent.

Here you can see the more detailed instructions of how terrain can be set up.

Below is also an example of the terrain datasheets that will be included in future terrain boxes.

The writing is very small but it says, half of a unit rounding down can throw grenades instead of  just one model and the unit can also then re roll ones to hit when shooting!

Certainly a big advantage with this terrain if you're defending along with the +1 to hit you get on overwatch with defensible terrain.

One thing to bear in mind too, is that the actual rules for the terrain are not in this book other than the Storage Fane. This is not a great move from GW as its unfair on the people who have already bought a lot of terrain already, this may change of course so we should give them some time to see what they come up with. As it may have something to do with the new 40k app. 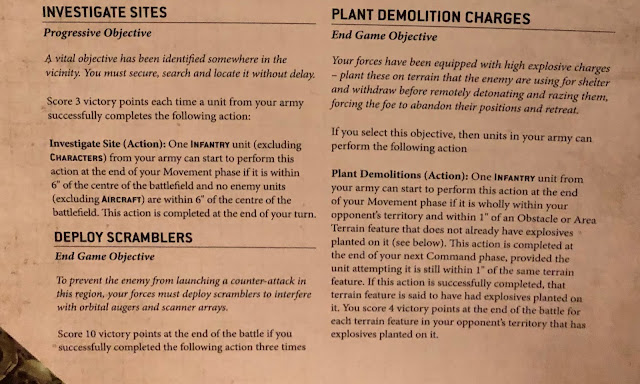 There are also some new secondary objectives which could well see some play, however, we will see secondaries specific to factions in their codex which I think will be more popular.

Finally there are also new missions which you would expect to see some use. Obviously we can't show them all but Protect The Nerve Centre wasn't one that was shown on the community site. 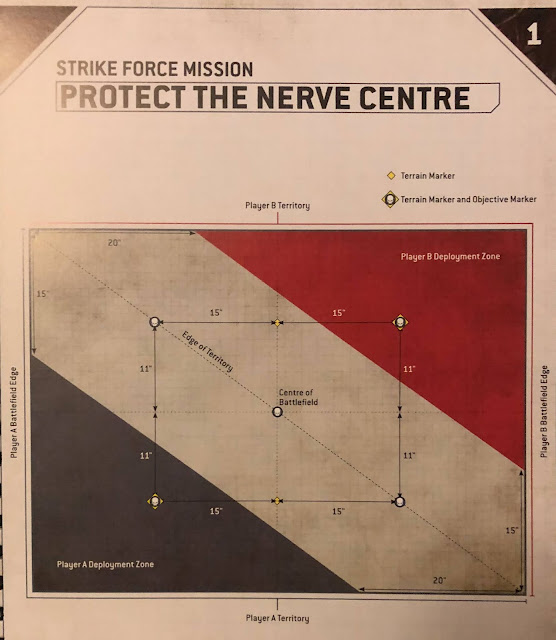 In conclusion, this is a great little gaming aid in general with easy access to terrain rules and condensed version of the ninth edition rules set. With the way its designed it will stay open and it will be easy to flick through for the different rule sets.

The Secondary objectives and the new missions will certainly be what gets some play from the this book, but I doubt we'll be seeing the new terrain ruleset being played in the mainstream 40k games we see played on YouTube for example.

It is however, a shame it does not have all of the terrain rules for the different terrain sets in here though, as I think that is unfair on people who have already bought the new terrain sets before this rule set was released.

Thanks again for reading,