We have been fortunate enough to have been sent a review copy of the new codex for the Necrons. 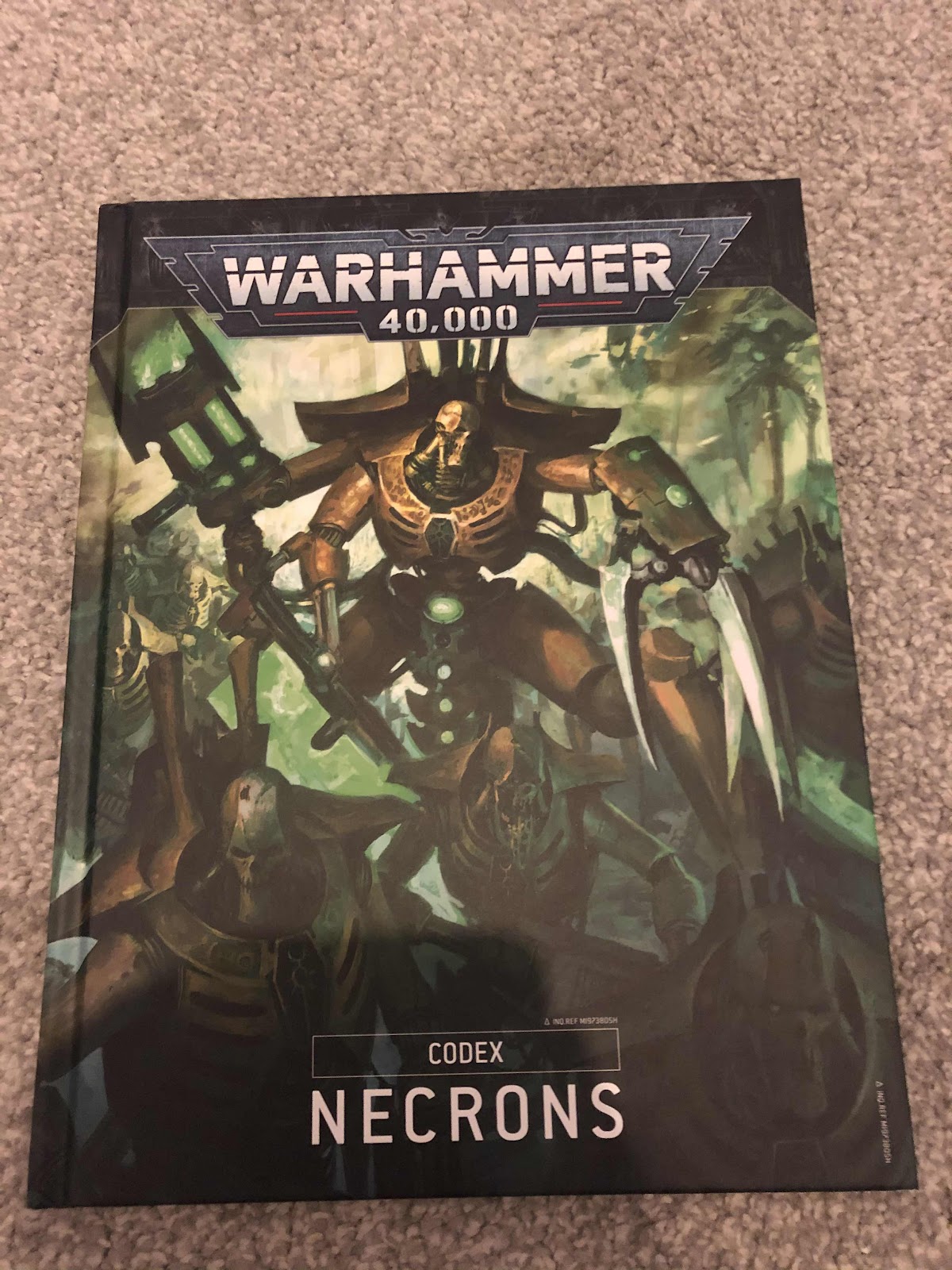 The way this rule now works is Reanimation Protocol rolls are made after an enemy unit attacks, and not at the end of the turn. For example, if an enemy unit fires at a squad of 10 Necron Warriors, and kills 5 of them, Reanimation Protocol is immediately activated. The Necron player will roll dice equal to the total number of wounds of the models lost. For every 5+, you put that dice in a separate pool. You then add every dice in this pool and bring back lost models equal to their wounds. For example, if the model has a single wound, it only takes one dice to bring it back. However, if the model has two wounds, it would take two dice to bring it back and so on. So going back to my example above, if the Necron player rolls 2 5+, then he gets to bring back 2 Necron Warriors straight away.

For me, the key thing with this rule is that it activates straight away and not at the end of the turn. So a unit could lose models to shooting and get to bring some back straight away, and then later in the same turn they could lose models in the combat phase or even from different unit shooting them, and they will get to bring units back straight away again. This is also the case to models lost during overwatch, however the rule does state you cannot bring models back to make the charge distance smaller.

I hope I have explained this well, however if you have any questions or would like me to clarify something, then please ask below in the comments.

Email ThisBlogThis!Share to TwitterShare to FacebookShare to Pinterest
Labels: Necrons