We have been given some more information regarding the two new Age of Sigmar forces to be released in June along with 2nd Edition. Firstly, lets have a look at the Nighthaunt 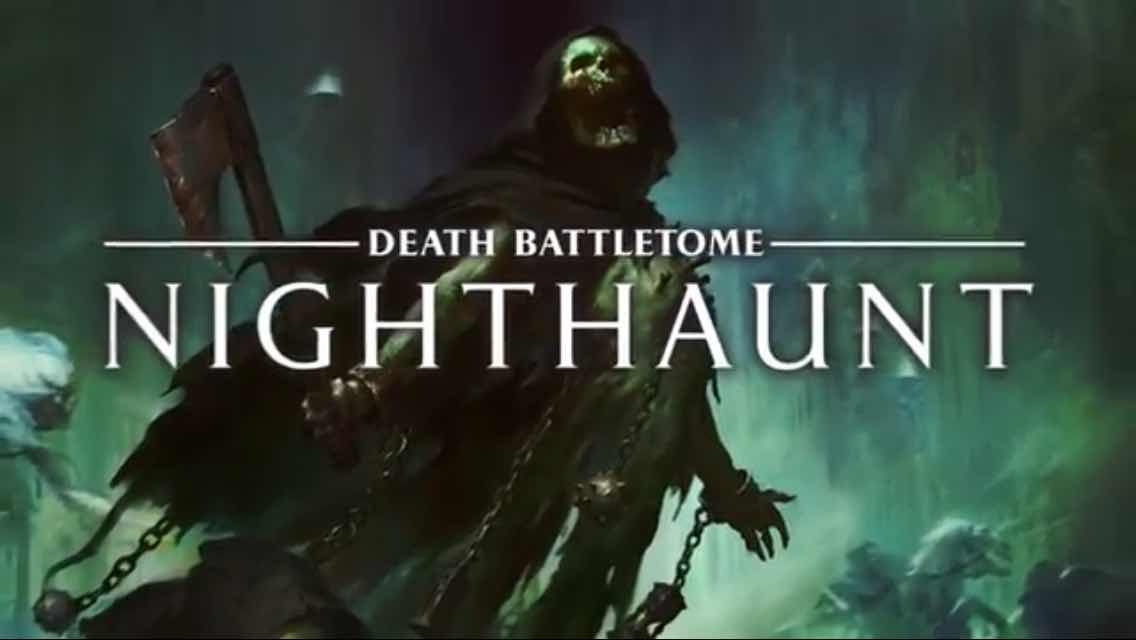 Who are the Nighthaunt

The Nighthaunt are an army of departed souls that Nagash has reanimated with the sole purpose of sending them forth in the mortal realms to prosecute his will. 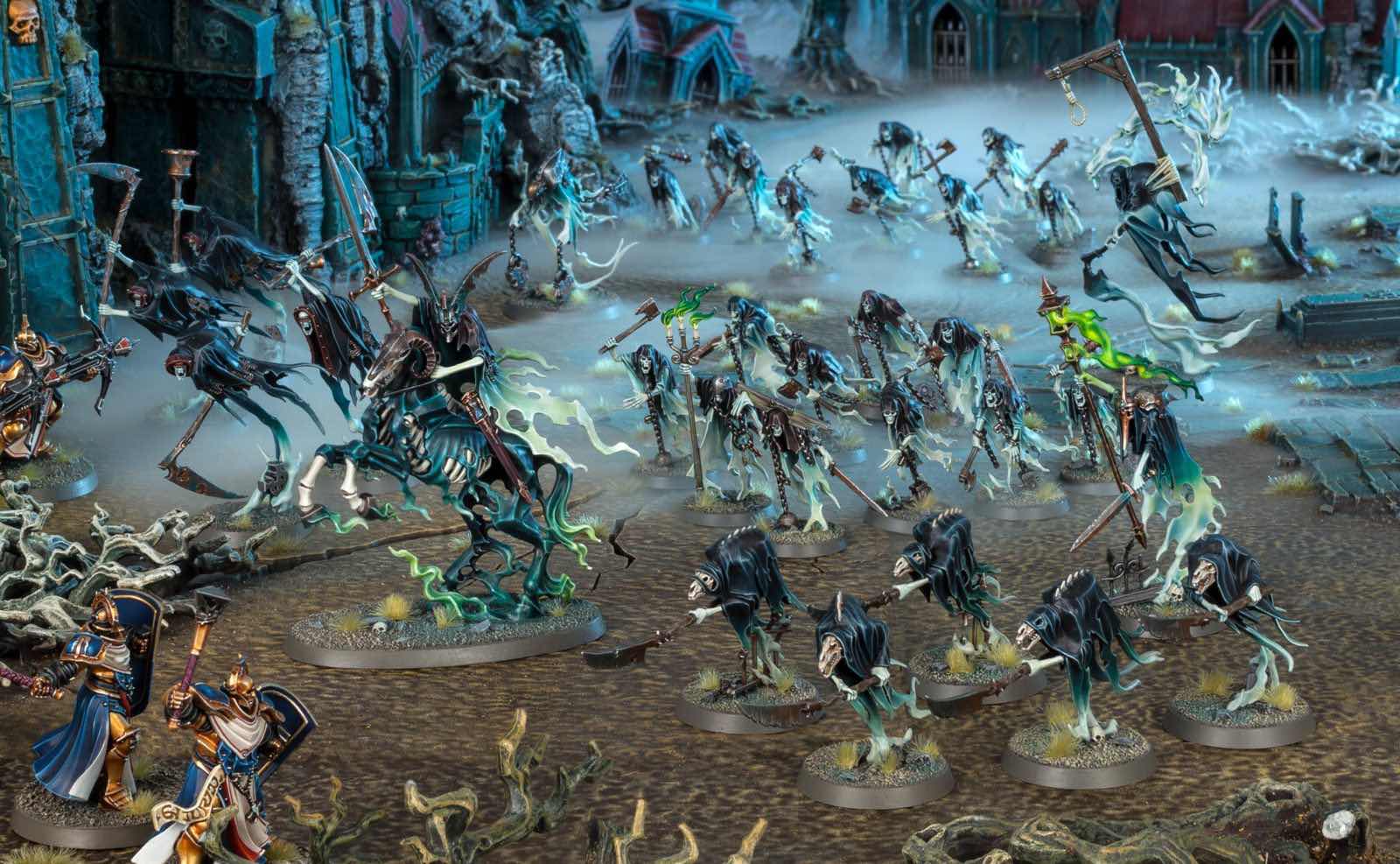 All of the Nighthaunt units will be very durable as they are immune to rend. They will also be able to dish out mortal wounds both in close combat and at range. 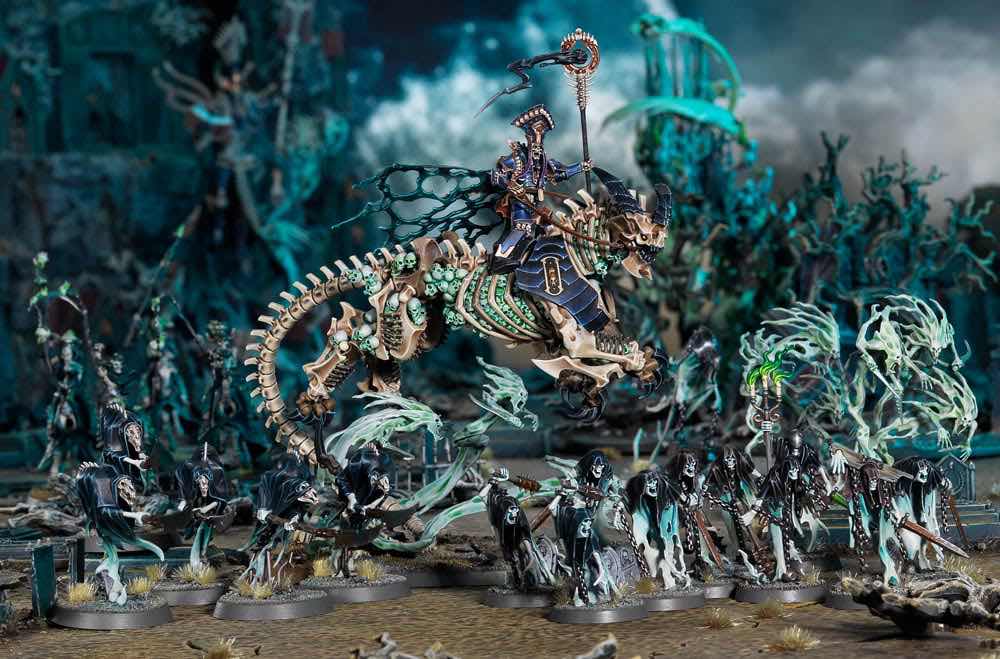 There will be a number of new and exciting units released. So let’s have a quick look at what to expect

These look like they will be the main bulk of a Nighthaunt force, bludgeoning their foes with various chains and manacles 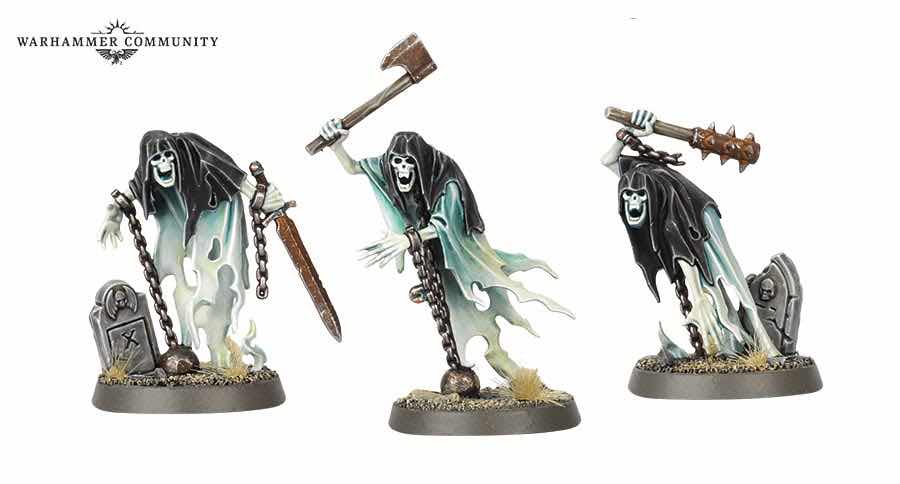 These Glaivewraith Stalkers hunted men for pleasure and sport. Now that they are undead, they continue to do so, drifting slowly towards their targets for however long it takes. 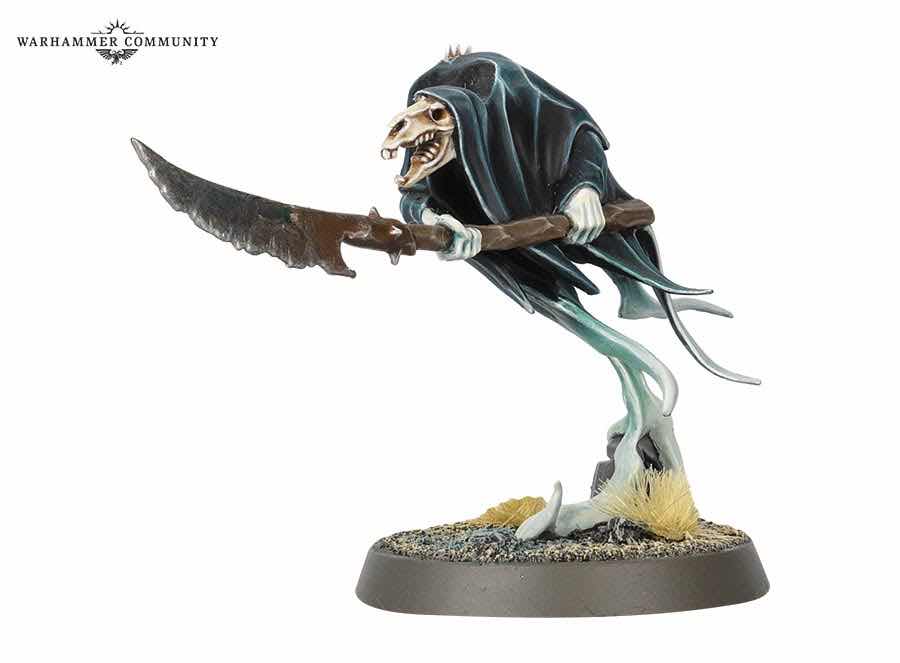 When the Grimghast Reapers were alive, they were schemers and assassins who murdered through subterfuge. Nagash has turned them into frenzied, indiscriminate murders, attacking their foes with wild unfocused slashes. 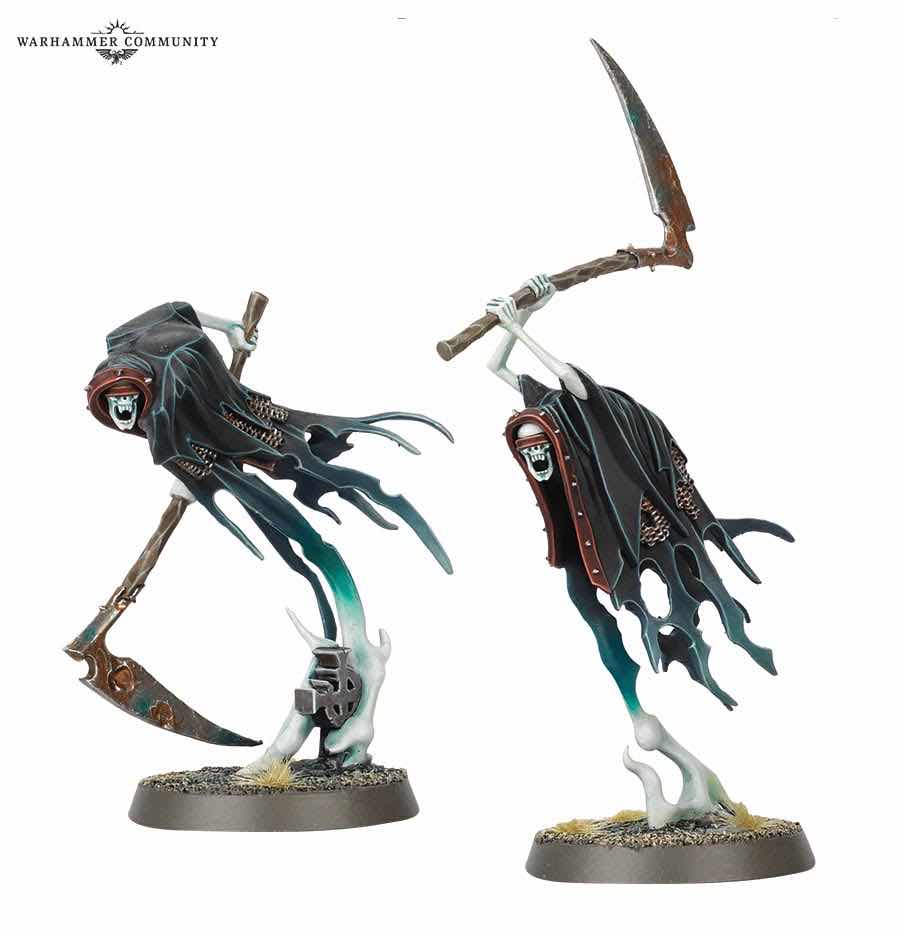 A Lord Executioner used to be, that’s right you guessed it, an executioner in their former life. They now spend their time serving justice for Shyish. 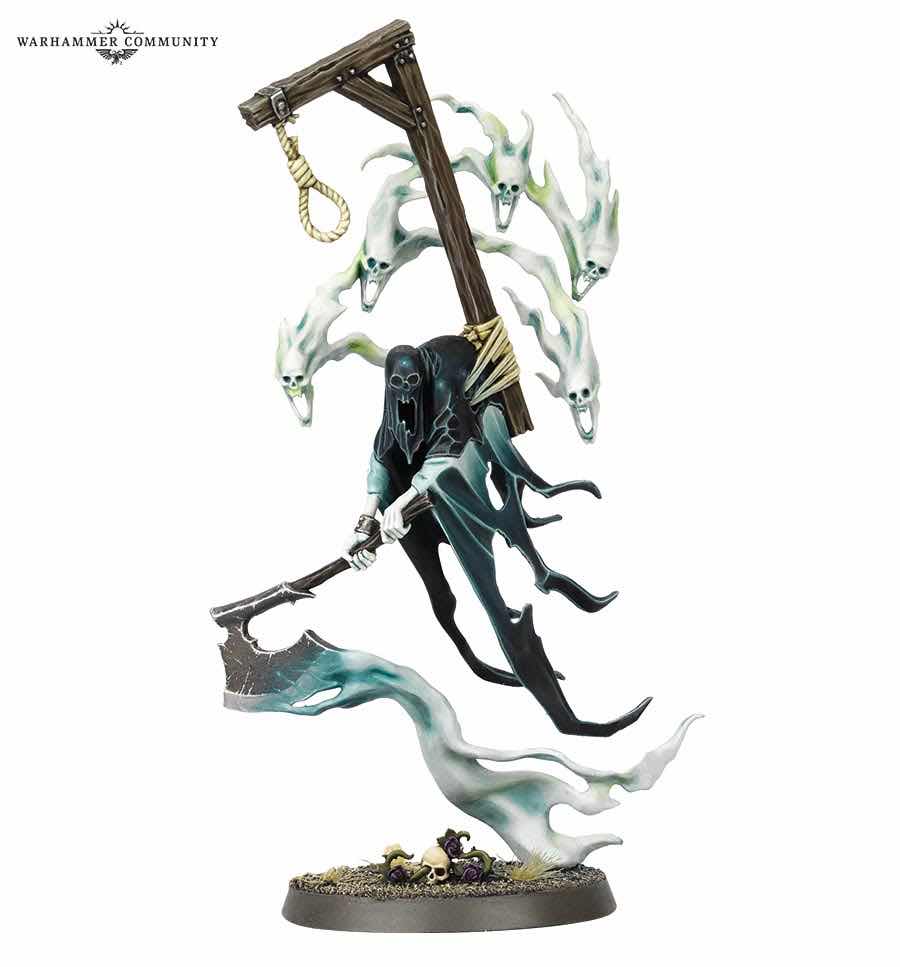 This will be the first ever wizard option for Nighthaunt forces. I am assuming this is because of Malign Sorcery, a new way to cast spells in 2nd Edition. The Guardian acts like a lure for the rest of the Nighthaunt. This will probably mean they will be able to grant buffs to the other units in the army. 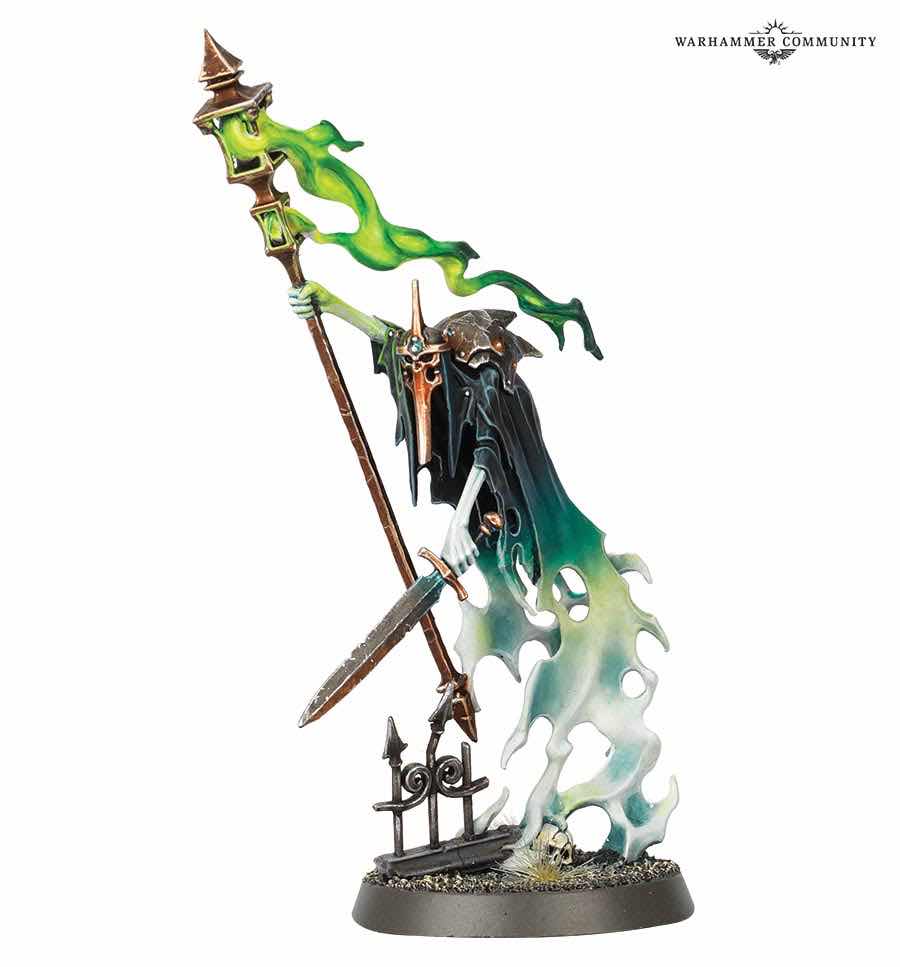 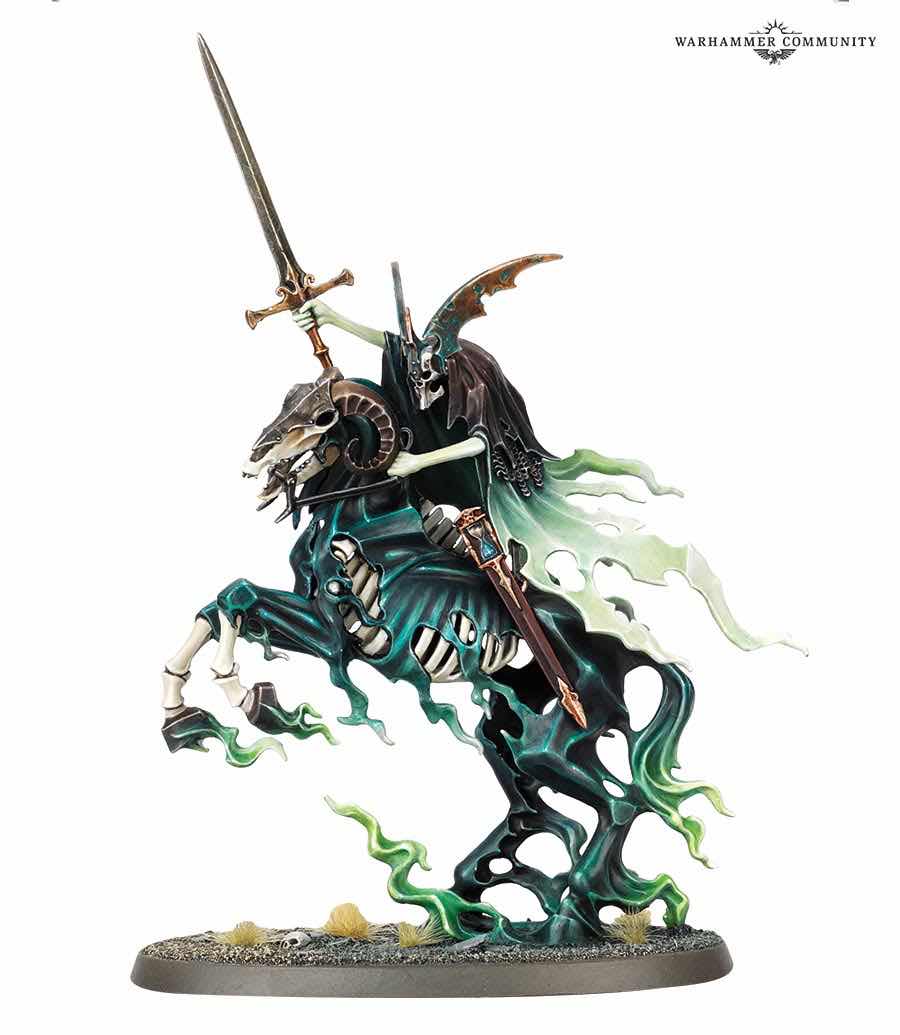 Lastly, we are able to see the Warscroll for the Spirit Torment. 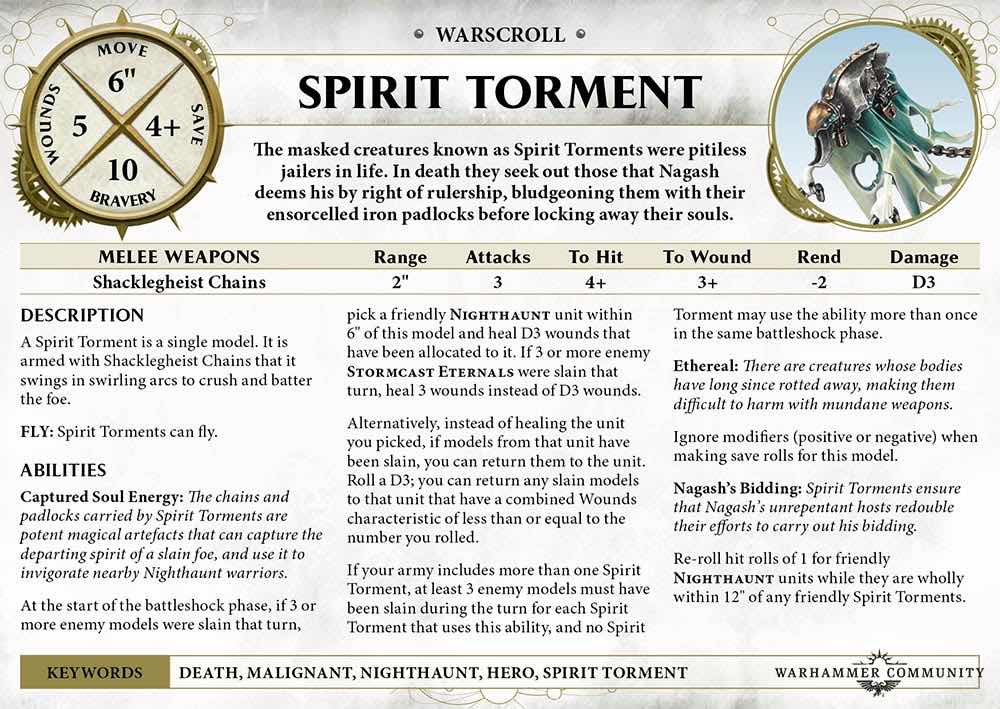 This guy looks like a pretty tasty hero to take, as he has multiple attacks at -2 rend and D3 damage. They also have the ability to heal other units in the army. All in all, a fairly decent choice. 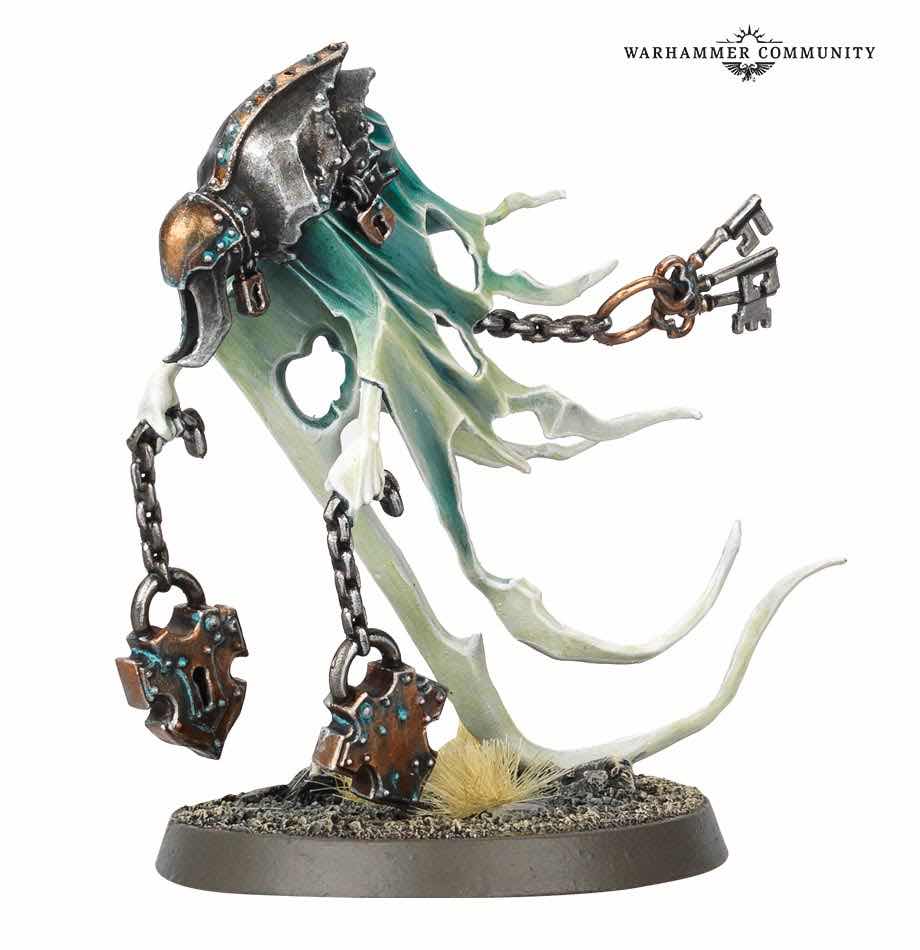 Some really amazing new models with lots of character and we know that there will be even more new models, the carriage for example.

I am very excited about this release, and can not wait to see more information.

Let me know what you think in the comments below.