From a follow up from yesterdays post about the Nighthaunt, which if you didn’t see it, here’s the link https://ageofwarhammer.blogspot.co.uk/2018/05/nighthaunt-closer-look.html?m=1 today we are going to have a look at the 2nd army to be released with 2nd Edition, a new Stormcast chamber called the Sacrosanct. We will also do a quick overall of the Stormcast as a whole for any one who may be new to Age of Sigmar. 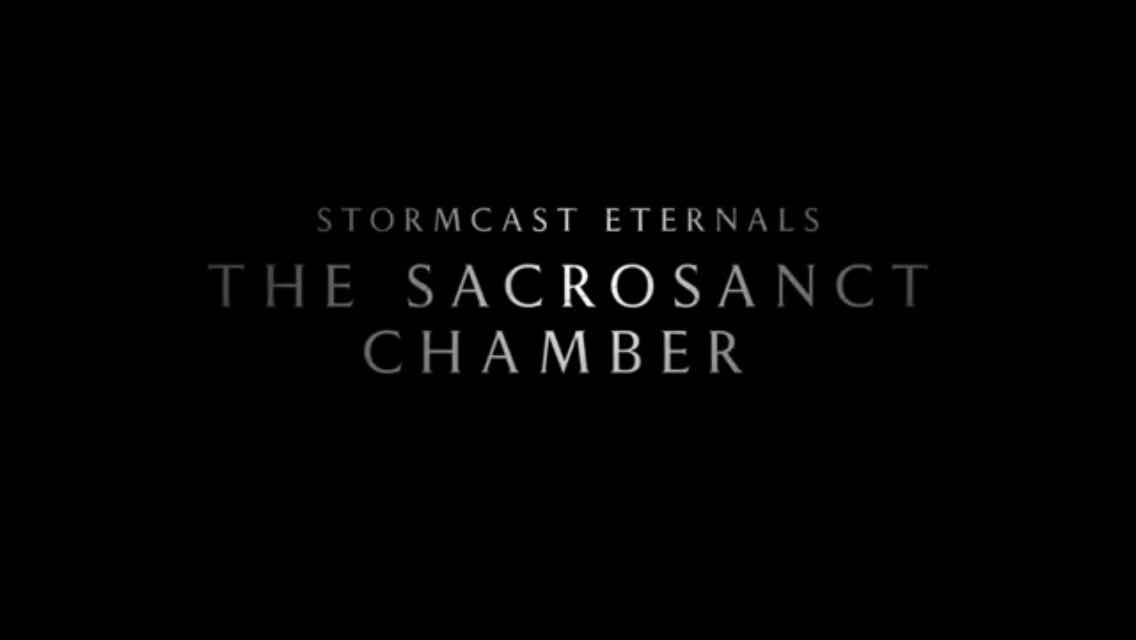 Who are the Stormcast Eternals

During the Age of Chaos, Sigmar hand picked brave men a woman who lived good a true lives, normally moments before their death, and took their souls to Azyr. These souls were then infused with the power of Sigmar himself, and a Stormcast Eternal is born.

The Stormcast Eternals are the poster child for games workshop. As a result of this, they will often get new releases and will feature in a lot of stores released by Black Library. The models are point heavy, so you will only need a small number to field an army. The models have very simply and yet effective rules, making these very good for new players. There is also a very large amount of different units to choose from.

As I stated before, there will be a new Stormcast Chamber released alongside Nighthaunt and 2nd Edition called Sacrosanct. With this new chamber, we will get a load of new models. Let’s have a quick look at some of them now.

These are the main rank and file of the Sacrosanct, very much like the Liberators. These however will specialise in combatting magical foes. They will also have some magical abilities themselves as they were ether a mystic, priest or a mage in their former lives. 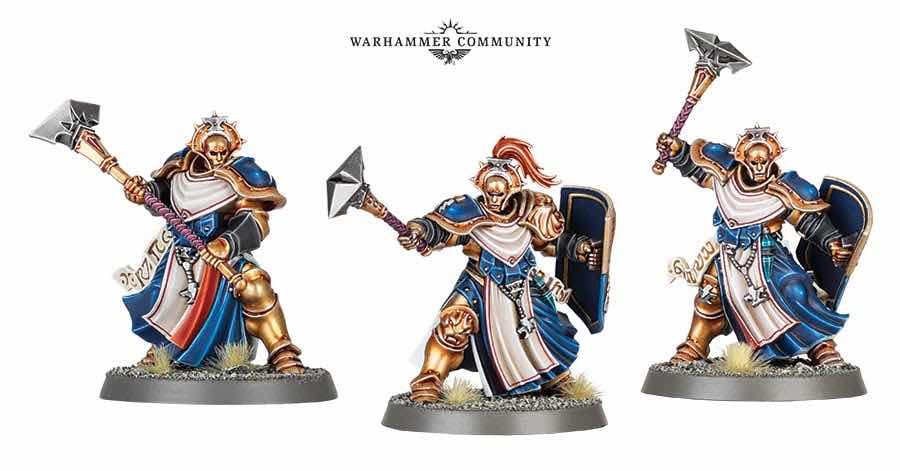 The Evocators are warrior priest versions of the Paladins. This will be able to grant buffs to other members of the Sacrosanct Chamber. 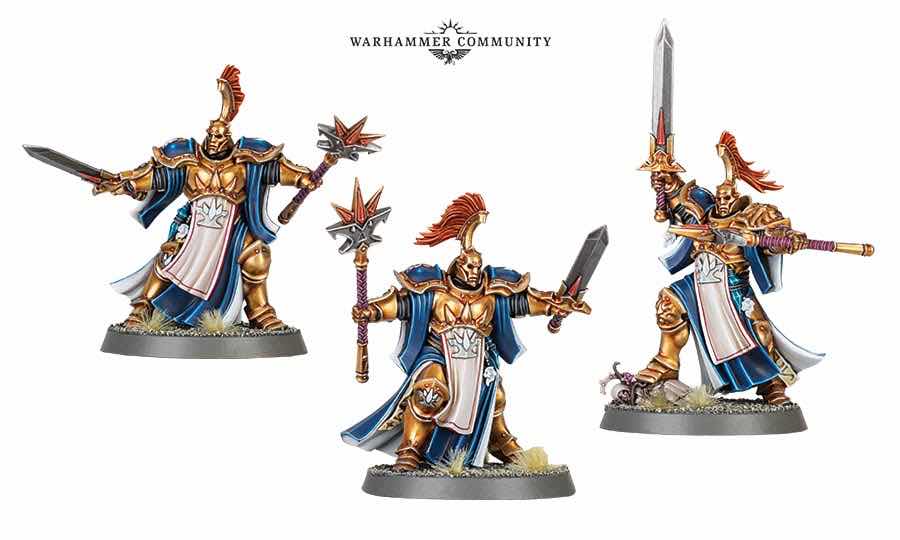 These will be the main ranged unit of the Sacrosanct Chamber, each armed with a powerful crossbow. They will also be able to charge their weapons with lightning when the need arises. 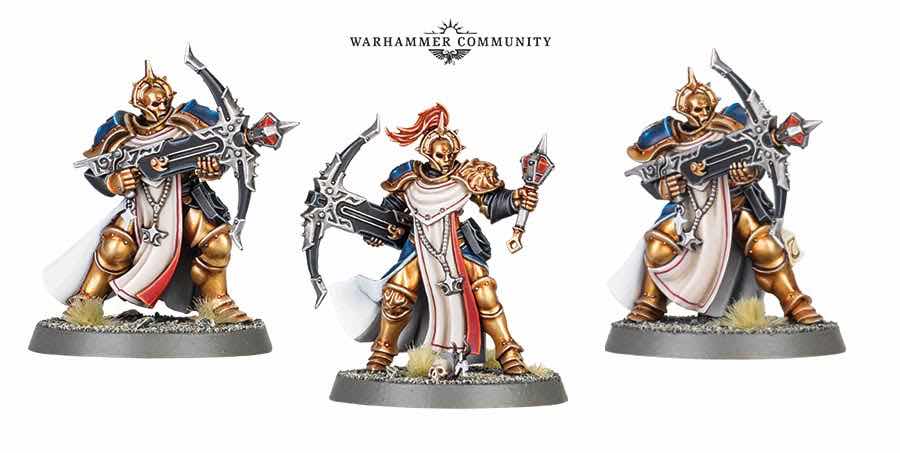 The Sacrosanct Chamber will not only be filled with mages, but will also have the Stormcasts first war engine in the form of an impressive ballista.

These guys oversaw the reforging of the Stormcast, and now they lead the Sacrosanct Chamber into battle. They have the ability to heal other units and also often ride into battle on the back of a celestial beast. 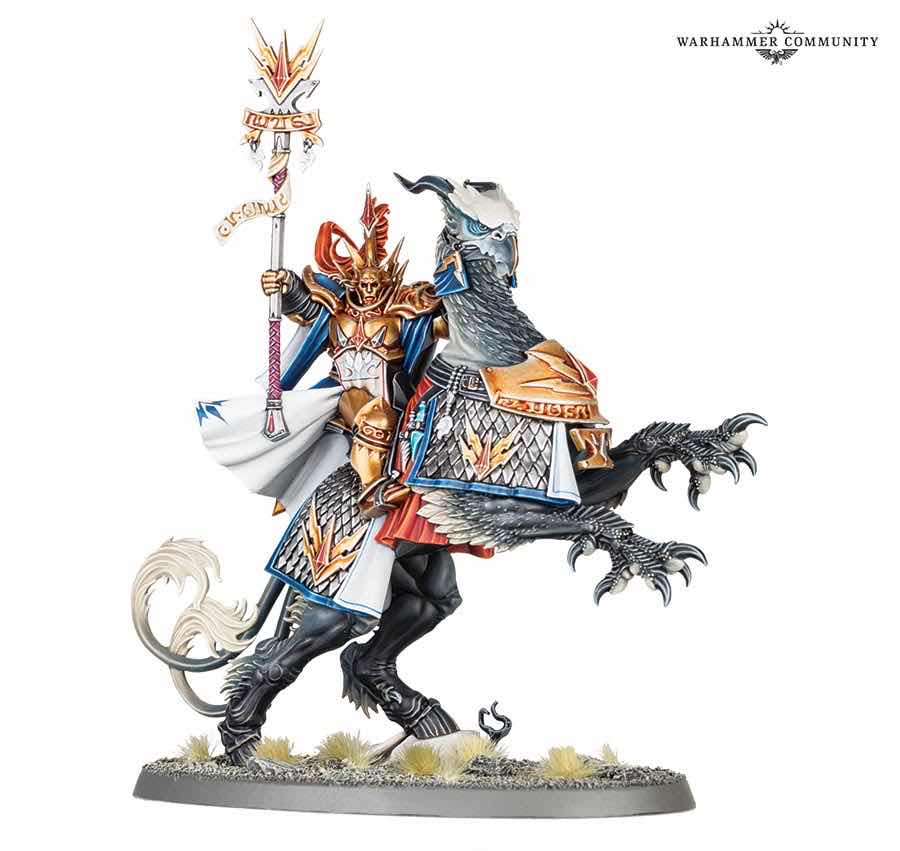 This guy will be the main offensive Wizard for the Sacrosanct Chamber with a couple of spells to inflict multiple wounds on their targets. They will also be able to automatically unbound a spell per battle. 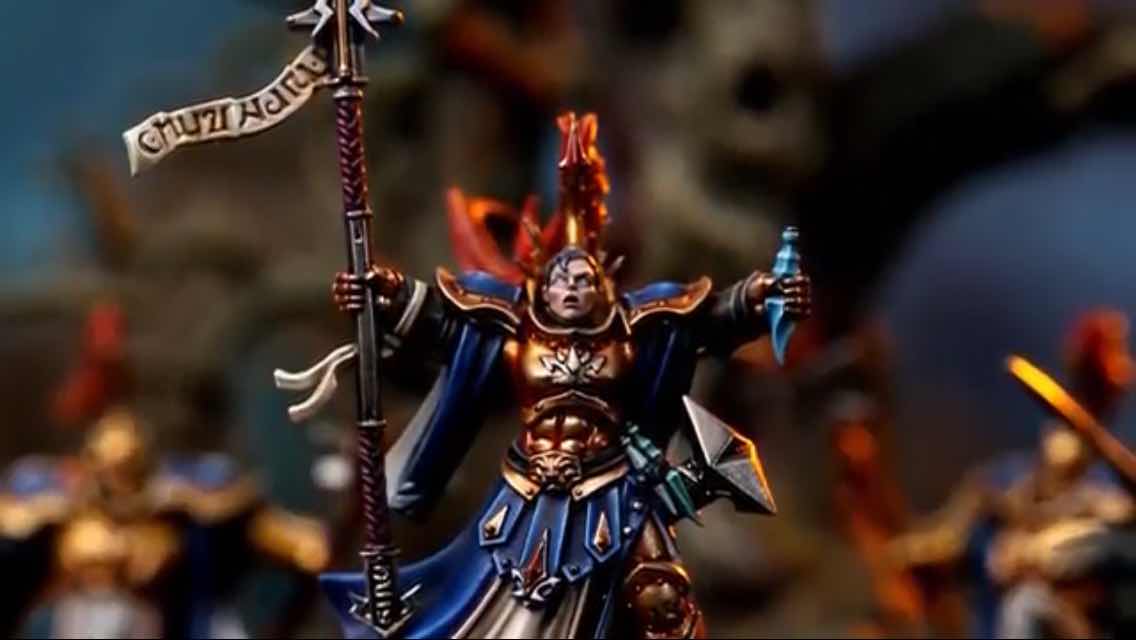 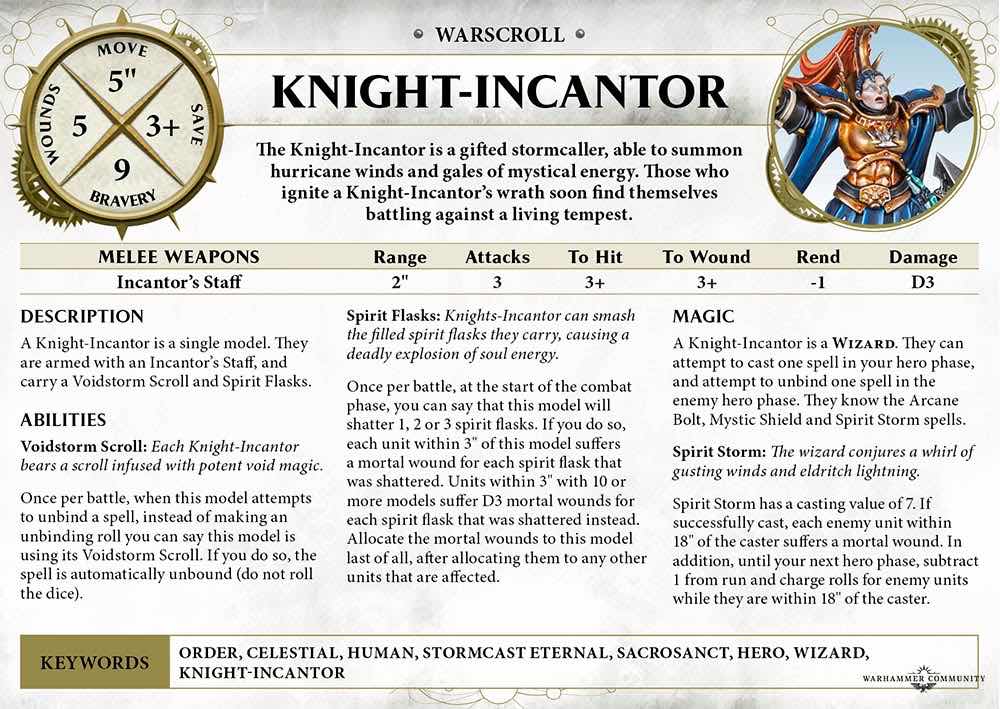 As I said in a previous post, I am a little disappointed that there is yet another Stormcast Chamber released before some other armies. I would have much rather seen some wood Aelfs or even a mortal human race for order. However, these models are very nice, and I look forward to seeing more.