I'm back with another post to show you the models I have completed for my various projects. I am gradually making my way through my Dispossessed army with my runelord, warrior and hammerer units completed so far.

First to appear on the blog is my dwarf... I mean Dispossessed Runelord! 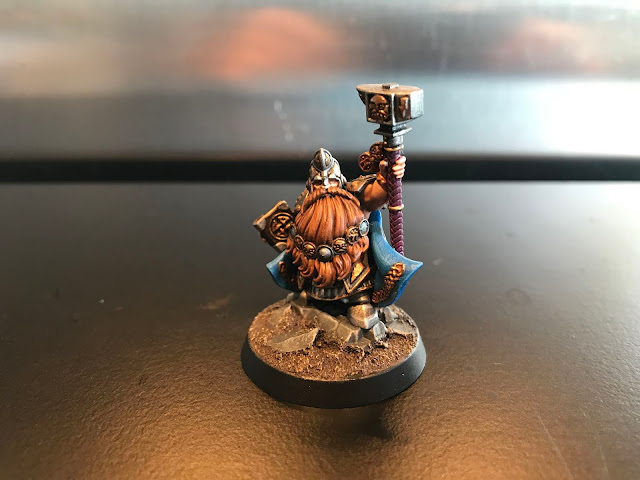 He doesn't have a name yet but he will be introduced once the campaign we're doing starts. Hopefully the first few skirmish games will happen during the next few weeks. 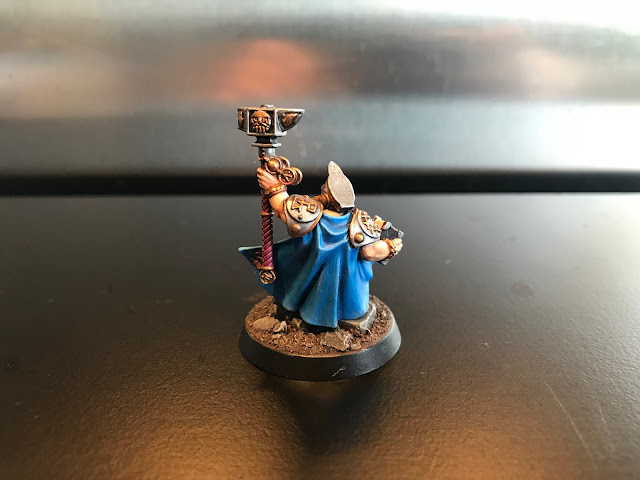 I will be adding a few grass tufts to his base and I may brighten some of the gold but other than that he is complete.

What's also nice is that he is another rescue from my Warhammer Fantasy Dwarf army. He's had a new paint job and I am now pretty pleased with him. 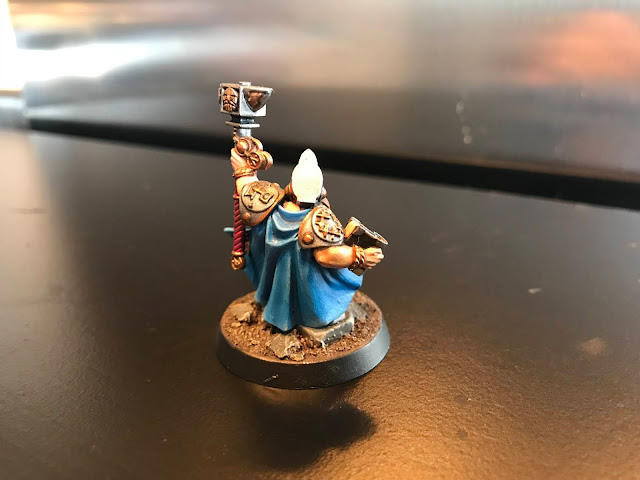 Because these guys are probably the best Dispossessed hero going I will be doing two of them.

Although there are only two Dispossessed heroes! (You can't count the Unforged because he's all but useless!)

Anyway, as for what I am currently working on, below is a work in progress shot of one of my new Longbeards... 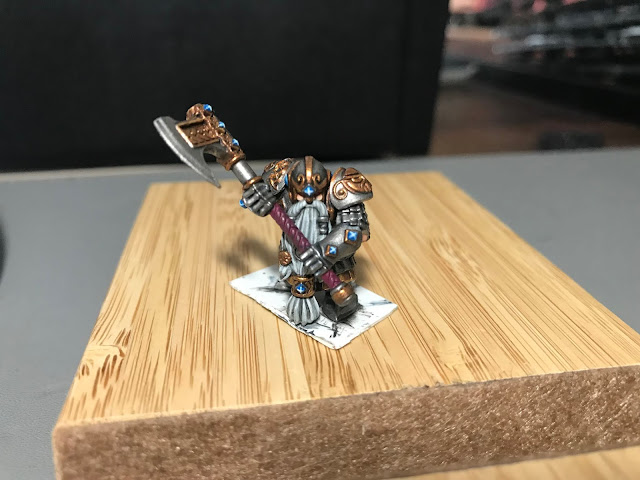 I think he may still need a final highlight on the gold in this picture but that has since been completed.

If you are a Dispossessed player, then do not fear for you are not alone!

If you check out the Honest Wargamer podcast or their twitch there is a lot of love for the Dispossessed there as Nathan and Jonathan are both dispossessed players, plus there is a chap from Australia called Dispossesed Dan who is also interviewed frequently!