There has been some very interesting news put up on Warhammer Community today regarding Warhammer Horror. The page was also removed shortly after it was posted, but I was able to copy the whole lot 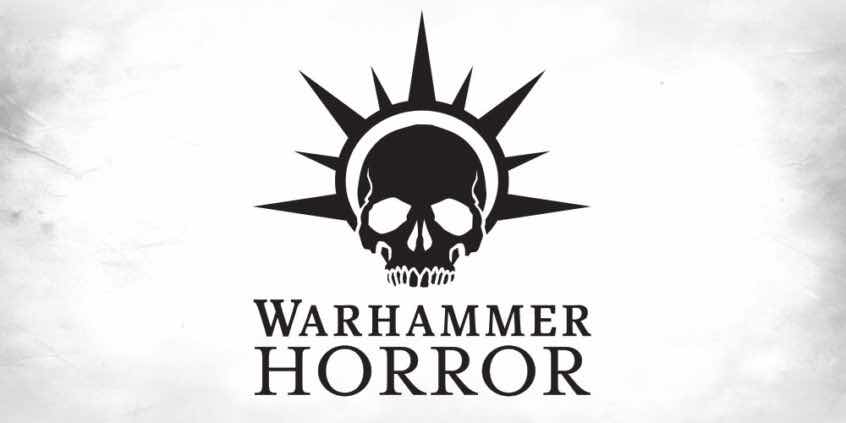 At Black Library Live last month, the coming soon seminar revealed something intriguing: the logo for a new line of books, tantalisingly entitled ‘Warhammer Horror’. The editors were tight-lipped about other details, so we set out to investigate…

The Warhammer settings have always been dark and macabre places, filled with terrors and malign forces – daemons, dark sorcery, unquiet spirits, human sacrifice and monstrous gods. It would be difficult to imagine a more perfect setting for a horror series! 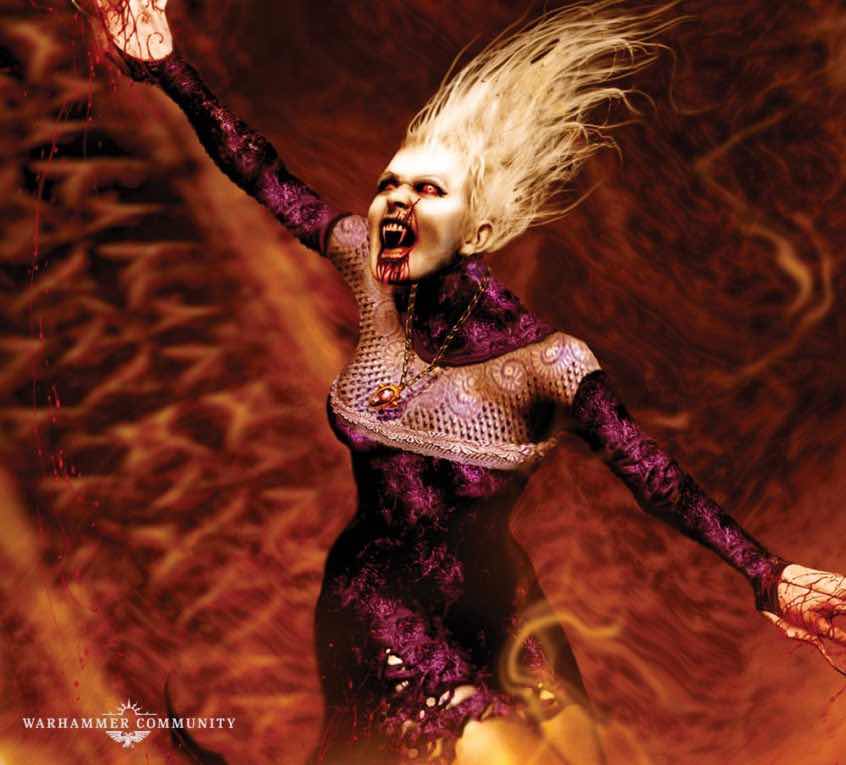 While it’s certainly true that many Black Library novels have included terrifying characters and foes, their focus has always been on the grand narratives and battles of those worlds, rather than the terrifying existence of simply inhabiting those settings. After all, it’s tricky for a story to be too terrifying when your lead protagonist literally Knows No Fear.

Warhammer Horror fills that niche. It’s a chance to explore the darker side of the Warhammer universe – and believe us, there’s plenty of dark to explore…

You may have seen the Warhammer Adventures line aimed at younger readers that we talked about recently. Warhammer Horror is a similar idea for a very different audience, a range of titles written for more mature readers that delves into the rich legacy of darkness and terror at the heart of the Warhammer universes. We spoke to the Black Library editors about the new range, and here’s what they had to say:

Warhammer Horror embraces the macabre and the disturbing, and will bring you tales of fantasy and the far future the likes of which you have never seen before.

There has always been horror at the heart of the worlds of Warhammer, from daemonic abominations to baleful magicks and alternate hellish realms; from spectral warriors to mutant alien monstrosities and the creeping dread that inhabits all mortal minds. Here, for the first time, these dark and forbidding overtures are brought to terrifying realisation in a new imprint that focuses wholly on stories that will scare and delight. 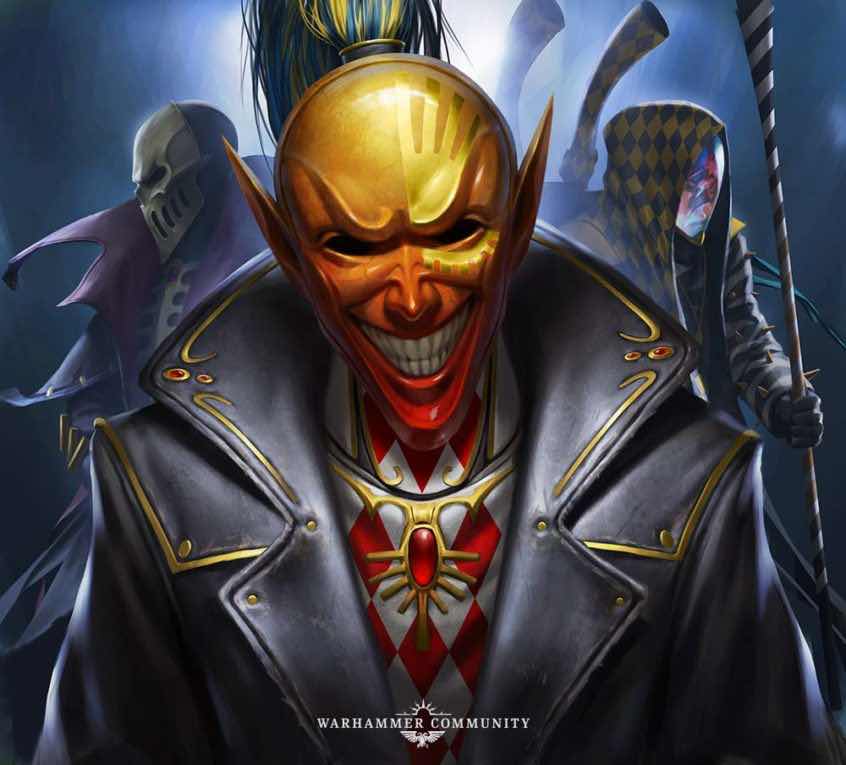 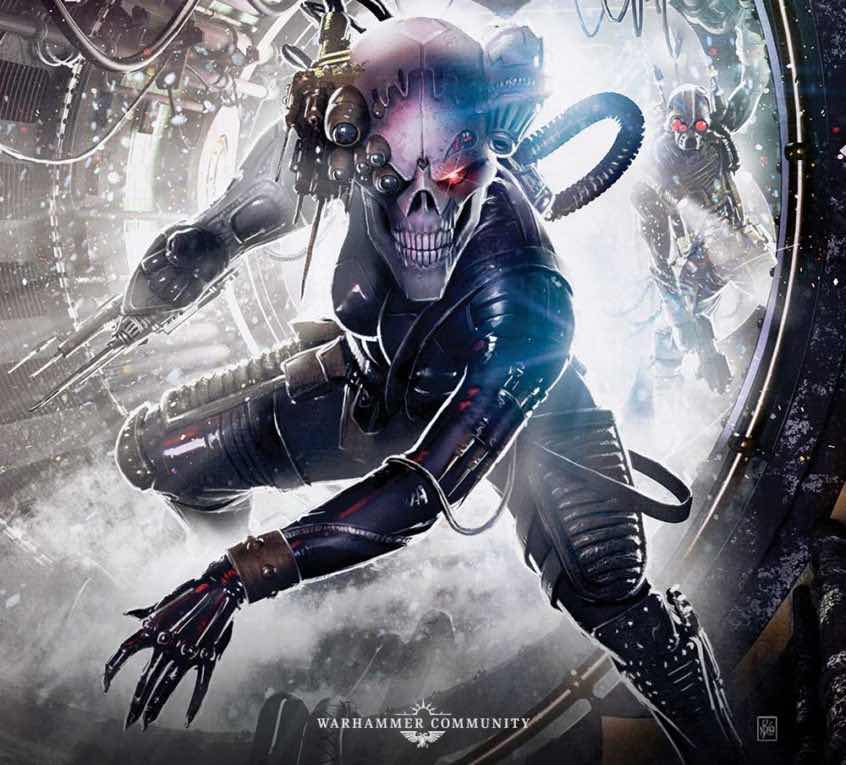 Warhammer Horror treads a path into unsettling and unnerving places, engaging with more mature themes that are not for the faint or tender of heart. Visceral, psychological, supernatural, we plan on delving deep into the underbelly of the Warhammer worlds, exploring what is truly frightening and then offering it up to you, dear reader… if you’re brave enough? 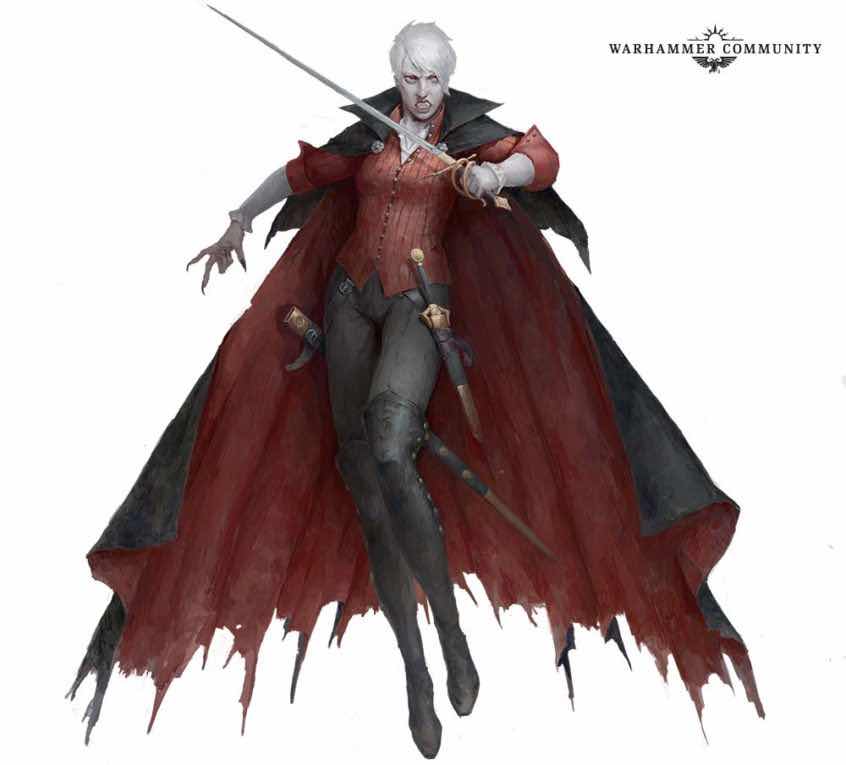 The Black Library team also gave us some tantalising hints about the titles that will launch the Warhammer Horror range when it premieres next spring.

First up is Maledictions, a horror anthology featuring stories from existing Black Library authors and new faces with a background in horror writing. Graham McNeill, Cassandra Khaw, Alec Worley and David Annandale are among the contributors, and stories will be set both in the cold vastness of the 41st Millennium and the magic-infused Mortal Realms.

Horror-based short stories have a long history, from spooky tales told around a campfire to the sinister works of Edgar Allan Poe and the cosmic horror of H.P. Lovecraft – which had no small influence on the conception of the Chaos Gods in Warhammer. Maledictions will build upon this legacy of spine-chilling short fiction to tell tales that could only be Warhammer stories… but not like any we’ve told before. 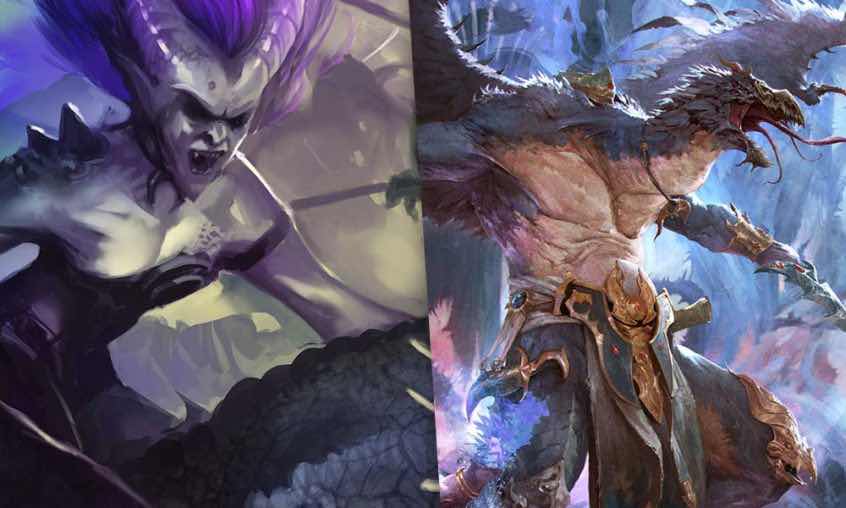 Portmanteau pieces, which tie together stories from multiple narrators with a linking thread, are another staple of horror, both in written fiction and film – all the way back to Scheherazade’s tales of vengeance and monsters in the One Thousand and One Nights, in fact. The Wicked and the Damned is an example of just such a work, with some uniquely Warhammer 40,000 twists. On a misty cemetery world, three strangers are drawn together and tell uncanny tales of their narrow escapes from death… but in a universe of twisted reality and thirsting gods, can they trust even their own recollections? The three stories are written by Josh Reynolds, Phil Kelly and Ian St. Martin, and tie together in surprising and compelling ways in a classic horror format.

The third of the initial releases is a Warhammer 40,000 audio drama by Alec Worley, entitled Perdition’s Flame. A disgraced Vostroyan Firstborn in penal servitude, mentally scarred by the horrors he has seen, relates his tale in an atmospheric and blood-curdling story that draws on a tradition of audio horror, including radio plays and, more recently, popular podcasts that tell chilling stories in the audio format.

These initial releases will be quickly followed up by some classic Warhammer horror from the world-that-was. Way back in the mists of time, Jack Yeovil – a pen name for world-renowned horror expert and author Kim Newman – wrote the terrifying novel Drachenfels and a series of follow-ups based around the experiences of the vampire Genevieve. 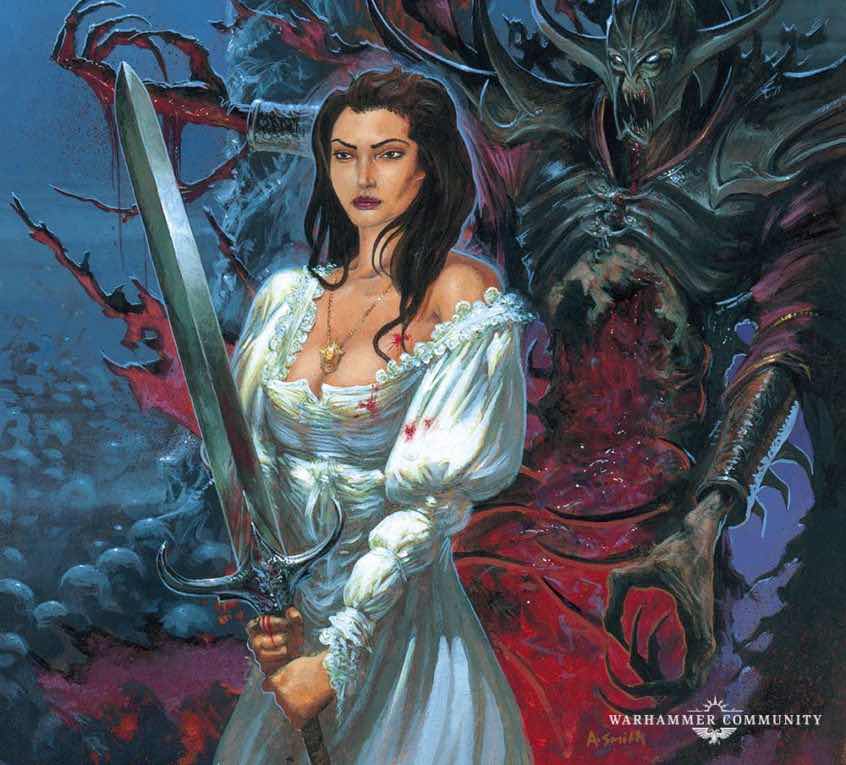 Each of these four books will see re-release as part of the Warhammer Horror line, with brand new introductions by the author and, for the first time, Newman’s real name on the covers. If you’ve never read these novels and short story collections, or only dimly remember them from the distant past, you’re in for a real treat, as they delve into the grimness of life in the Old World and tap into the rich vein of dark horror running through that setting.

We’ll have more information about Warhammer Horror later in the year – including your first glimpse at the covers of the new titles. For now, we’ll leave you with some words from Josh Reynolds, one of the authors involved in the new range, and an ardent fan of horror.

Josh: I’ve always liked a good horror story, whether it’s on the screen or on the page. So, as you might imagine, I was pretty pleased to be invited to contribute to the new Warhammer Horror imprint. While I’ve written a good number of horror stories in my career, the chance to take settings as viscerally horrifying as these, and actually dig down deep into the guts of what makes them tick, was impossible to pass up. I was given the opportunity to pull back the curtain a bit and peer into the dark underbelly of both the Mortal Realms and the 41st Millennium, and see what nightmares I could shake loose…

As someone who loves the releases from Black Library, I am really looking forward to this. I really hope they release some as audios, as a horror audio would be very interesting indeed