Legions of Nagash: A closer look

Now that we have finished with the 4 main chaos factions, we are going to move onto a Battletome from probably my favourite grand alliance. Legions of Nagash.

Who are the Legions of Nagash

The Legions of Nagash is pretty much a compendium if most of the units available for Death. From Skeleton warriors, all the way up to the 3 Mortarchs and even Nagash himself. If you have not seen out review of this Battletome, please check it out here https://ageofwarhammer.blogspot.co.uk/2018/03/battletome-review-legions-of-nagash.html?m=1. 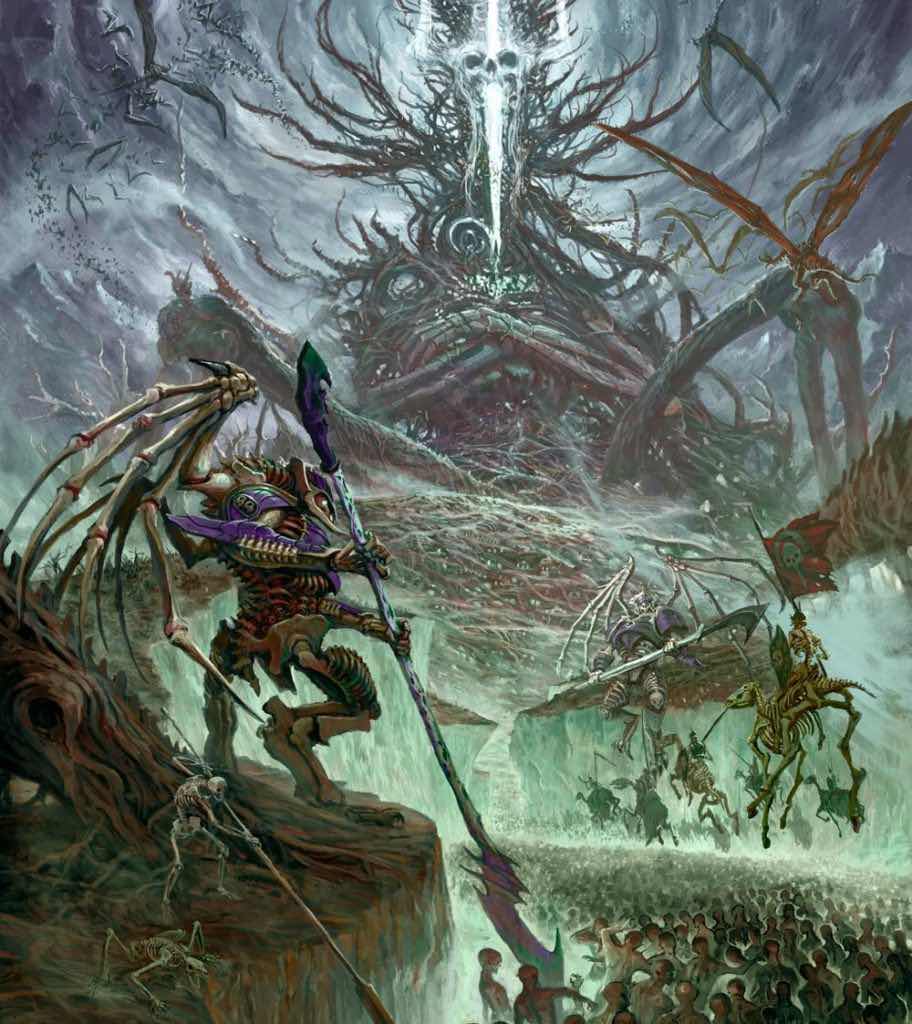 Why play Legions of Nagash

Simply put, if you are a fan of the Grand alliance of death, then this is definitely for you. There is a huge amount of ways that you will be able to build an army. These include vampires, zombies, skeleton etc. As I mentioned before, this Battletome also includes some of the most digitalcharacters in Age of Sigmar. The Mortarchs, Arkhan the Black, Mannfred Von Carstein and Neferata. Each of these are very powerful have have there own flavour. And of course who could forget Nagash himself, which I believe is still the most expensive model point-wise in the entire game. 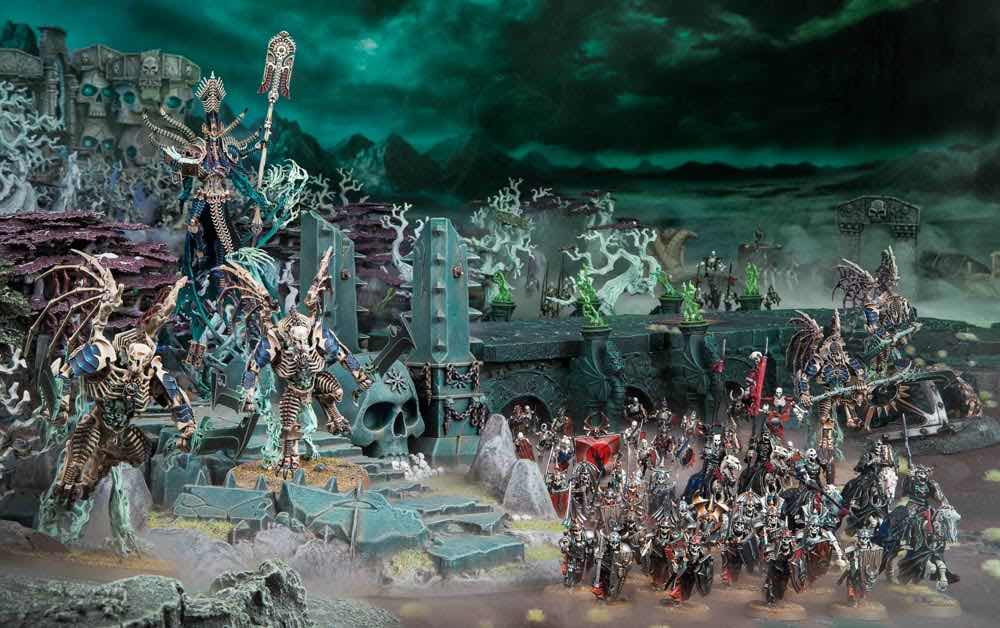 Another reason to play Legions of Nagash, is just how much they have been involved in the fluff, especially with Malign Portents. 2nd Edition is set just after the Necroquake, an event in Malign Portents. What this means for the mortal realms is still unknown, but since it was part of Nagash’s plan, this surly will not be good for the other 3 grand alliance.

The Legions of Nagash will Benidorm hugely from the new summoning rules. Here is one example.

This combined with the fact that you can use multiple command abilities per turn, seems ridiculously over powered. 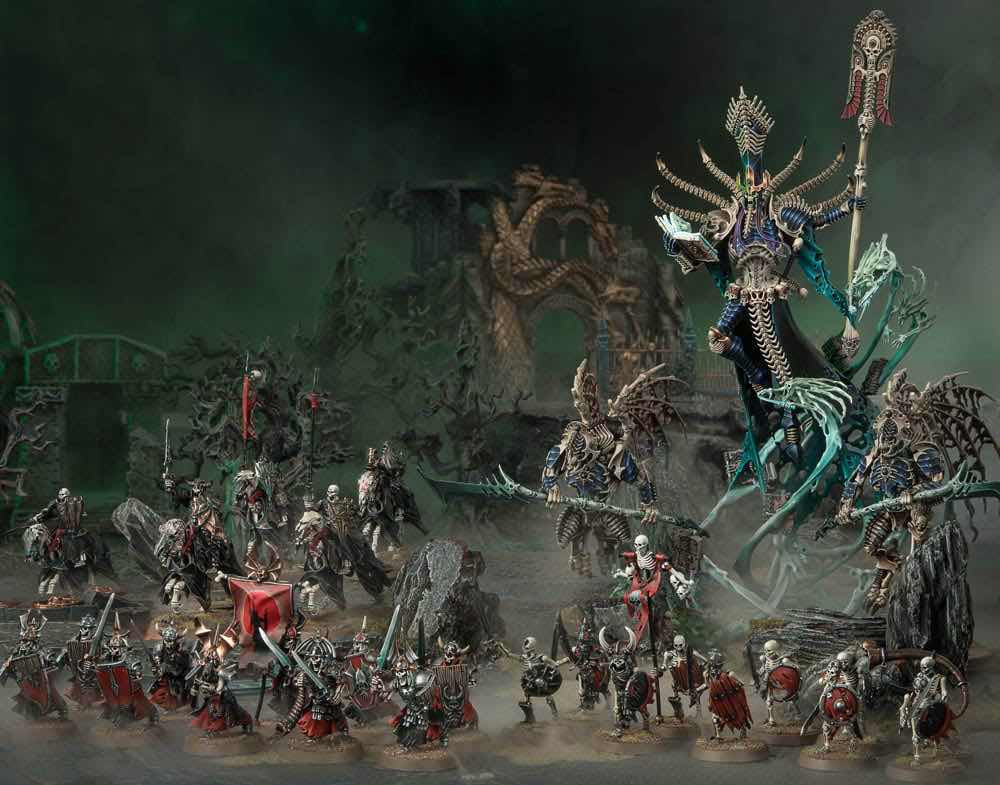 Here are some of the other new command abilities 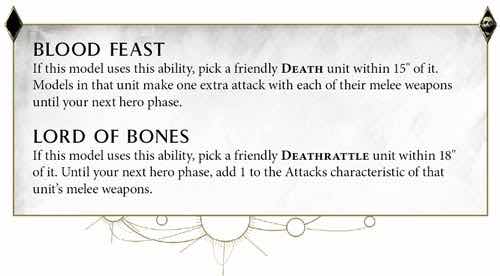 As you can probably tell, if you combo some of this, or even all of them on a single unit, you could have a block of 40 Skeleton Warriors with spears, who would normally do 120 attacks, instead do 480 attacks and re-rolling misses. This is just ridiculous in my opinion, and clearly broken. Especially if your opponent manages to kill the unit, you can simply use the Endless Legions command ability and just bring them all back. Of course, the Legions of Nagash will also get some new spells. Here is one of them. 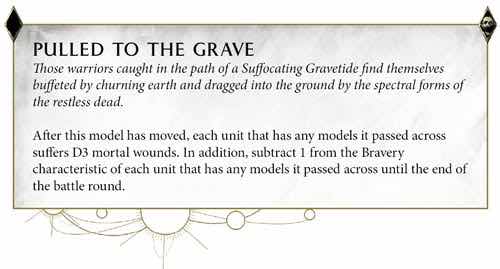 We also know that you will be able to use most of the units that will be included in the new Nighthaunt Battletome.

This force so far seems to be the most powerful, so I can see these being used a lot in tournaments. One thing I have realised however, is that a lot of changes made in 2nd Edition, is making most of the armies overpowered. So there is a chance that they will all be equally overpowered which in turn would make the game balance. But I guess only time will tell.