Today we will be talking about a new feature that will be introduced in 2nd Edition. Endless Spells

Endless spells are an unforeseen consequences of Nagash’s machinations in Shyish. Normally, a spell would do its business and then  dissipate naturally. Now, many now take on a life of their own, roaming the realms and accumulating power almost indefinitely. Some wizards are now even taking payments to hunt down these spells. 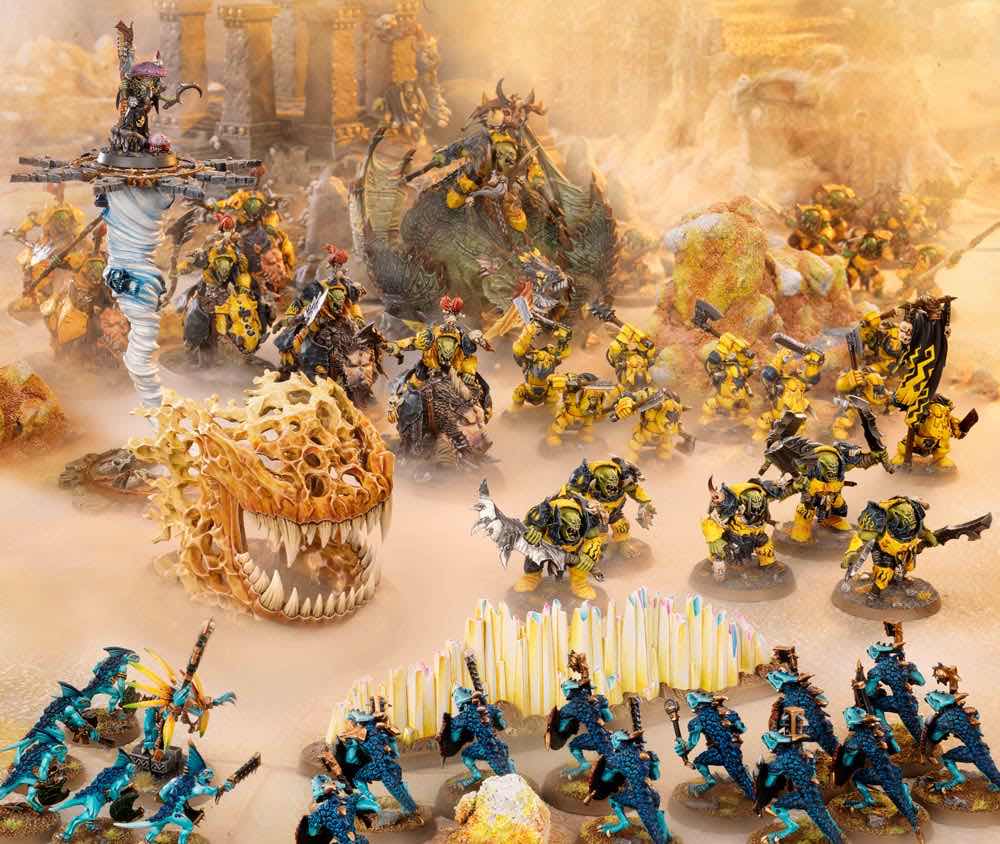 When you cast one of these spells, you will need to put a model on the tabletop, and they will remain until the end of the battle, or a wizard dispels it. 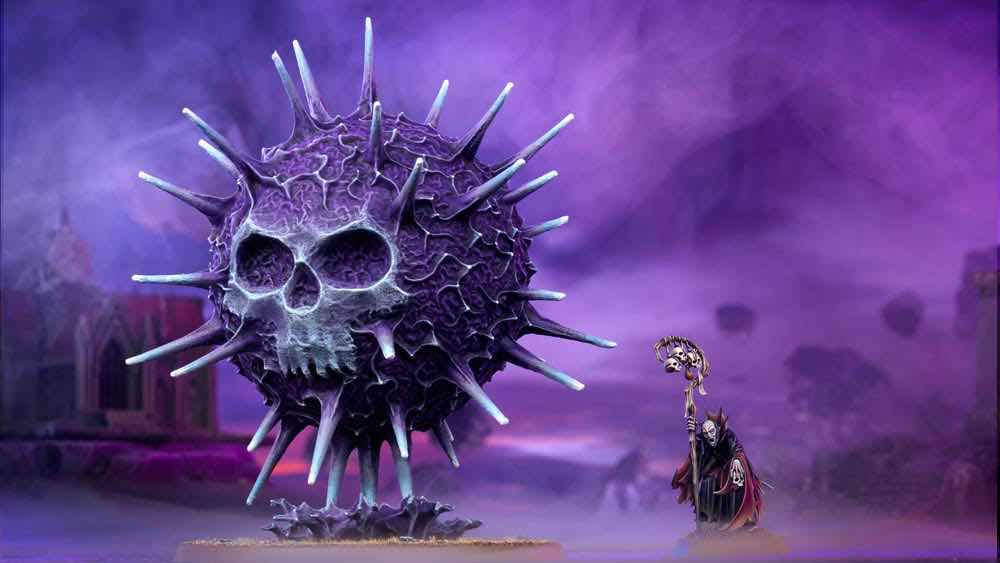 Endless spells are moved at the start of each battle round right after the priority roll. Each player will take it in turns to move any endless spell, starting with the player going second. This is a nice way to balance out the game. 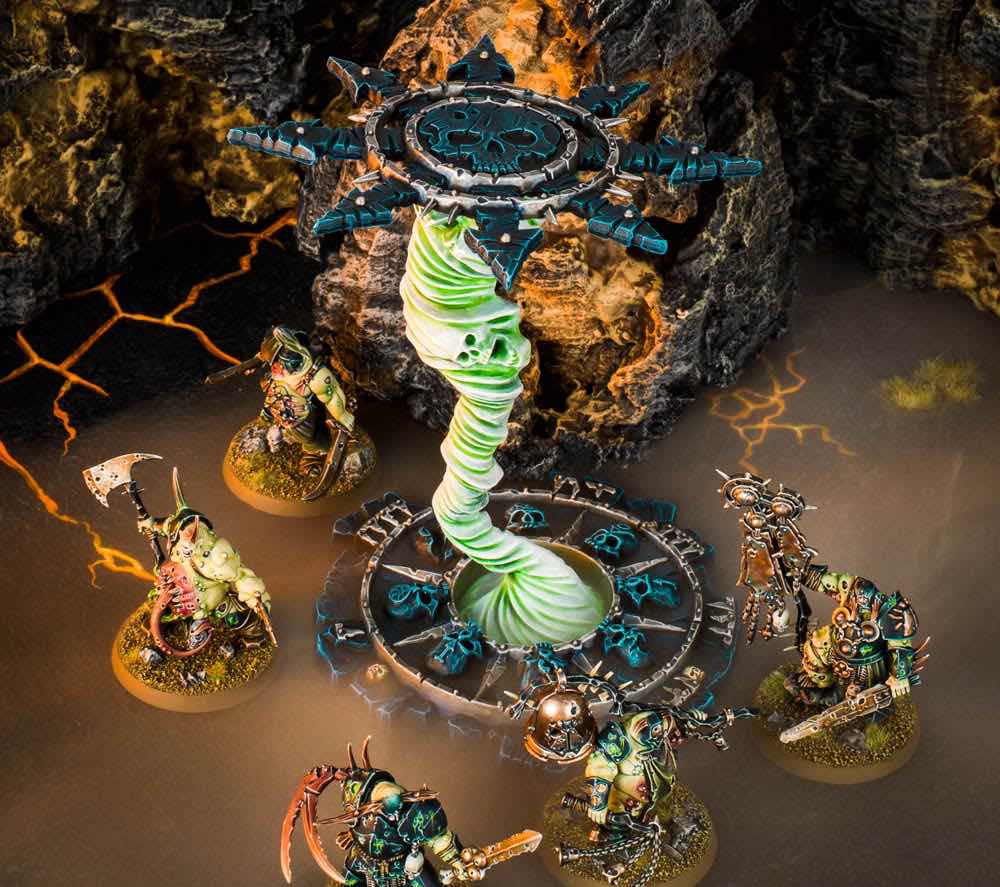 Here a couple of examples of some new endless spells. 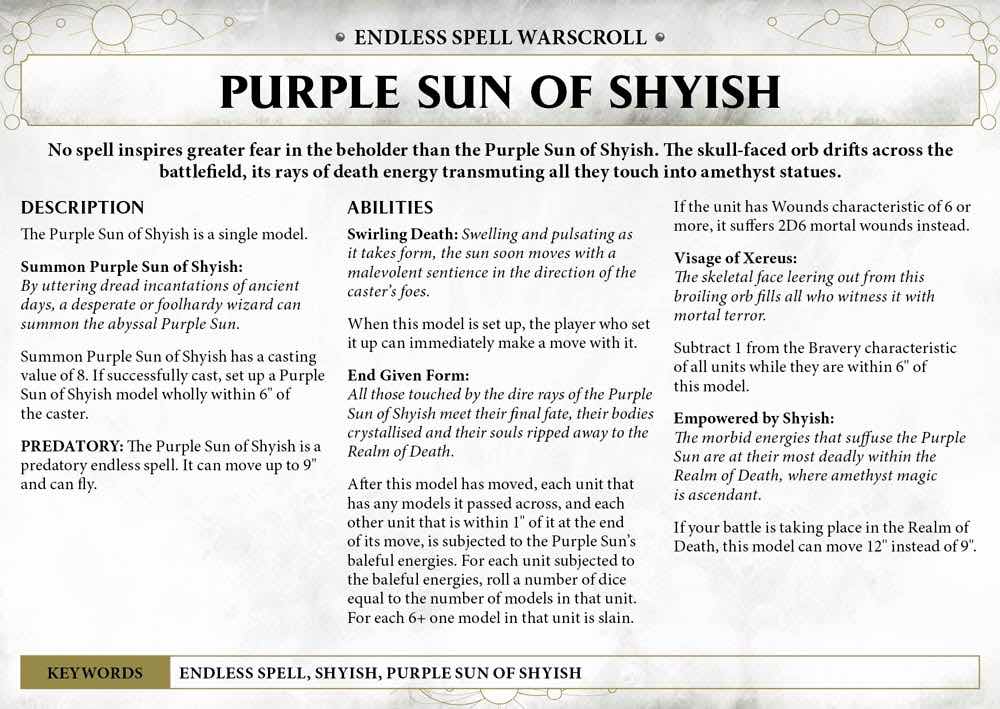 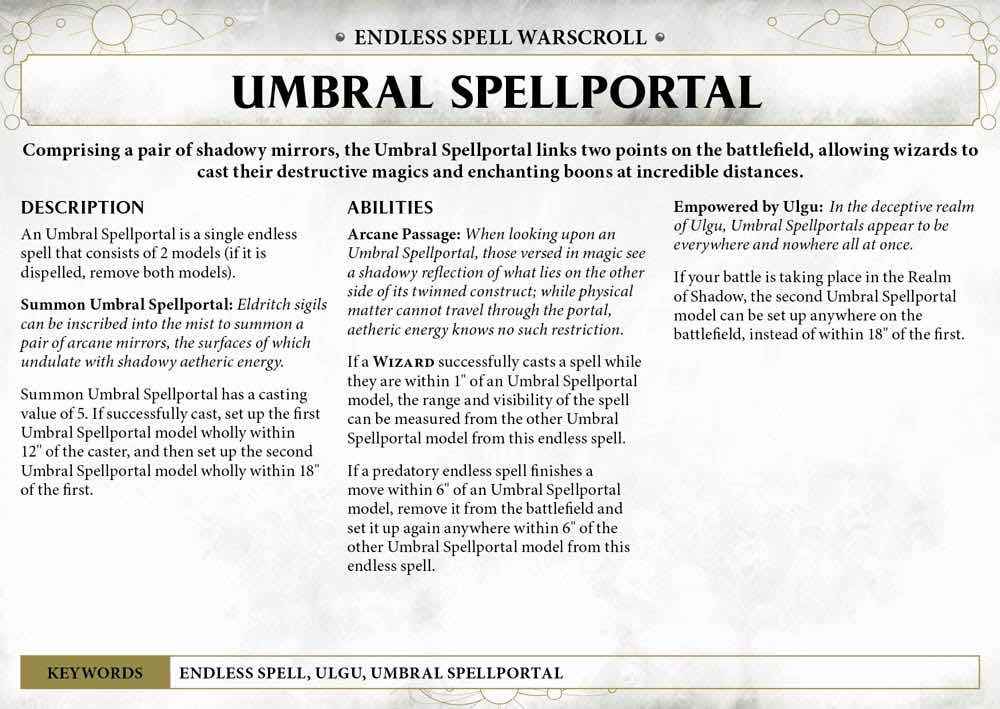 Overall, I am a bit on the fence with this. I don’t like the fact the spells have a mind of there own, and will just roam about until dispelled by a wizard. But I do like that these spells will have models. This will help make the battlefield look very cinematic.