First I would like to apologise to the readers and authors of the blog for my being unproductive over the last 8 months. With moving homes, change to job role and, to be completely honest, a loss of hobby enthusiasm, it has been hard to find the time and motivation to complete any projects. My hobby priorities have changed so many times over the last 8 months that I feel more like a hobby bluebottle than a hobby butterfly lol. However, the release of a new Warhammer 40,000 and the progression of the story has really excited me in a way I haven't experienced since Forge World announced that they were going to be doing the Horus Heresy. I thought that the 40K setting had died for me. I was wrong. So lets take a look at my update and what I have been working on.

Stories I think you may find interesting.

I know it has been a few months now but I wanted to offer my deepest condolences and sympathies to the family and colleagues of Alan Bligh. He was an incredibly talented man and I have some very fond memories of him. He will be sorely missed at events and in seminars.

There are images floating around the web of the next Daemon Primarch to be released from GW. If you haven't seen it yet here is a picture of him. 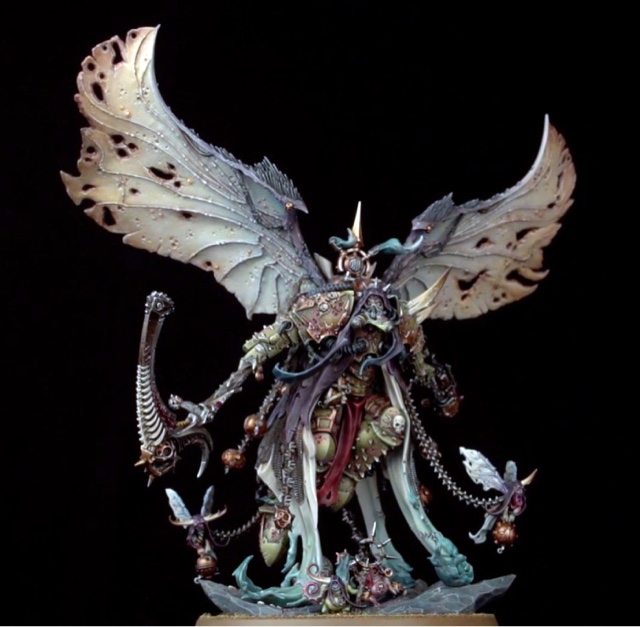 From what I have seen so far, I am a massive fan. I think the paintjob is too clean and doesn’t do the model justice however. I look forward to seeing him painted differently.

This is a game that I really enjoyed as a teenager and I am mad excited for it. However, the suggestion is that it won't follow the same rules as it's previous edition (now used for Shadow War) which is a massive blow for me. I'm sure I will give it a go anyway. Skirmish games are awesome!

I don't know a massive amount about this book but it seems like it is going to be extra rules and scenarios etc. This can only be a good thing in my opinion but I am worried that 40k is going to start getting book heavy again. Already books that people got in the last 3 months are out of date and although I am glad for the swift updates there is a real risk of GW alienating it's fans over it. Warscrolls were free for AoS when they had a reboot. I believe that the Indexes should have been digital and free. Just my 2 cents.

Awesome. Everything about this book is awesome, from the 80s inspired GW video to the information constantly being given by Warhammer Community, this sounds like it will be great. You can expect a review of it over here, when it comes out.

Top 3 models on the horizon I am most looking forward to.

I have ordered all 3 of these kits and will be adding them to my projects over the coming weeks.

Kaelo's 'Getting Ready for Battle!'

Units and projects worked on since my last update.

Here are some pictures of my work in progress Primaris Intercessors and Inceptors: 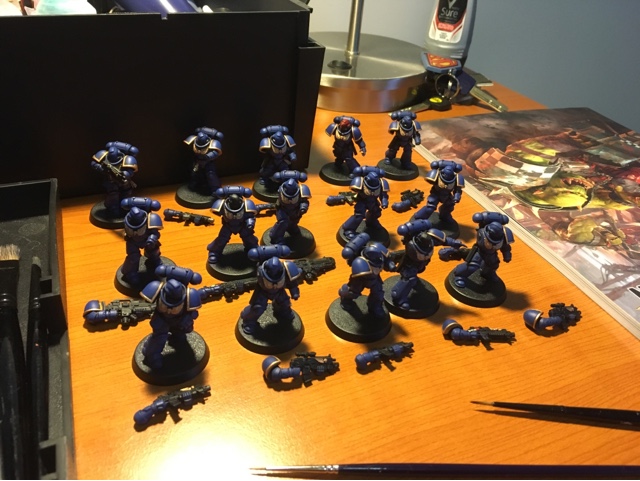 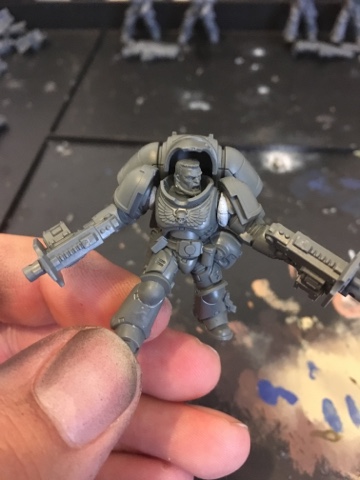 I am not a big fan of the Inceptor design so I have kitbashed my own. Let me know what you think!

A quick look at some of the rules for recently completed projects.

Unfortunately I only received the codex today so I can't discuss it at this time :(

All gaming that has taken up my time recently!

I managed to get my first game of 8th edition against Aveinus’ brilliant looking Orks. We played a 700pt game which ended in a draw. I love 8th edition, it is a fast-paced game which can be as simple or as complex as you like. I love modifiers for the various weapons - which harks back to the first editions of 40K I ever played - I feel it shows the difference in guns and armour far better than the AP system ever could. I would like to do a proper post on 8th edition in the future so I won't go into too much depth here. We had a great game and here is a picture (models and scenery weren't finished buy we were desperate to give the game a go lol. 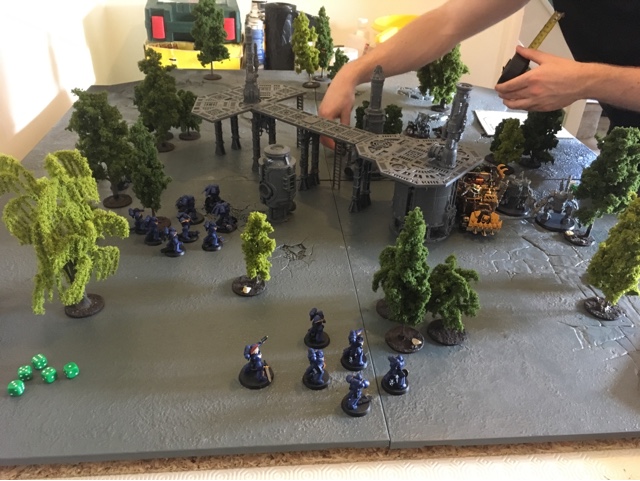 I have always enjoyed the Mass Effect franchise since I played ME2 and platinumed it on PS3. The end of ME3 was disappointing but as a whole there have been more highs than lows for this franchise. I have now completed Andromeda and can say it has been an awesome game. There is a lot more freedom in the exploring of the different planets and it really promotes some great ideas for future 40k scenery projects. It also made me want to do a Tau army lol…

I have played the other Deus Ex games and even though I have always enjoyed them, I always felt like, although there are many ways you can play the game, the game promoted one particular way over others. Largely, I feel that this game avoids that and truly offers a variety of ways to play it through. The story line is great and moves at a solid pace as do the various side missions which are really varied for a change. The game is great and again, well worth playing.

Cannot get enough of this game. It's great fun to play with friends online but equally enjoyable with BOTs if you have no friends (this is my default method of play lol). The game explores a time period just before the End Times, so is set in the brilliant ‘Old World’. There are 5 playable characters and each one plays quite differently, from the sniper shooting of Wood Elf to the hammer swinging Empire dude, there is a character that anyone can find enjoyment from. Great game! 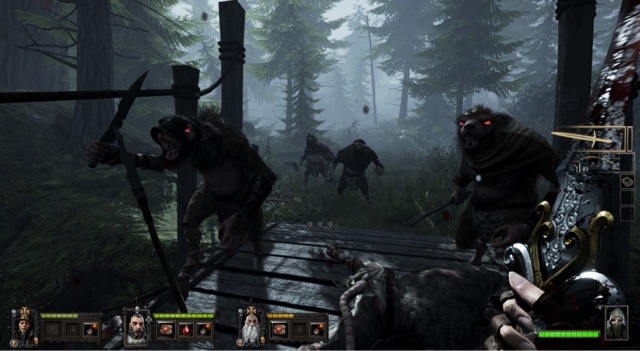 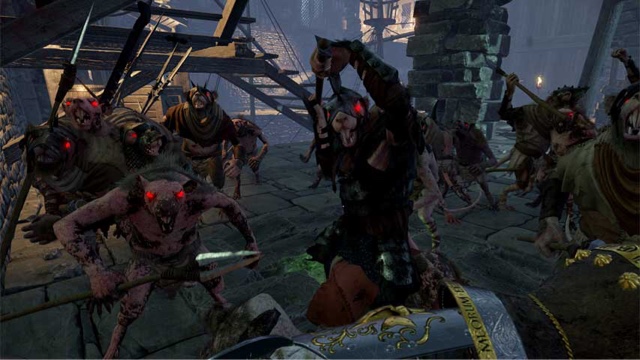 Mordheim, City of the Damned:

My second recent trip to the Old World comes I'm the form of the digital game based upon GWs old Fantasy skirmish game. The game is very slow to start but I am now totally engrossed. I have even started to create my own expansion on AoS: Skirmish so that I can play it with my Danariel, Avienus and Ghroll on Age of Warhammer. If you like turn based strategy games you will find enjoyment from it. I would wait until it is on special offer though as you may feel short changed to start with. With a bit of time though you will be slaughtering other gangs with ease and building up an awesome hoard of Wyrdstone lol. 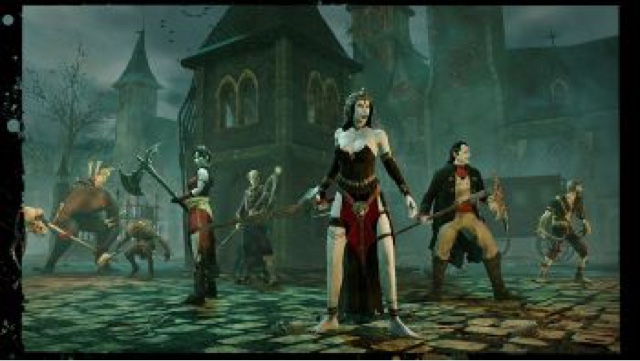 Projects that I am currently looking at starting.

I literally have no complete scenery in my house for any games or pictures. It's quite frustrating really because I spend all my time planning or painting, the biggest area of the hobby I tend to ignore is scenery. This must change and I will be showing my progress as I complete some trees, realm of battle board and some hills over the next month or so.

I managed to get a 1000pt Skaven army, unpainted for about £25 so this has moved to a project I want to complete. With all the Vermintide and Mordheim I have been playing, I have grown quite fond of the hairy little bastards…

Books that I have recently been listening to.

Good book. I found that it started to lose me in the last 3-4 chapters and I was just wanting it to end. This is probably because I had a long break between the first 3/4s of the book and then the rest. If I had continued through without a months break (for work) I probably would have not lost my way.

Perturabo, The Hammer of Olympia

This was a fantastic book and Guy Haley is quickly becoming my favourite Black Library author (watch out Chris Wraight and ADB lol). The book shows the absolute tragedy of Perturabo’s story and he becomes a character that a lot of people will see as far deeper than previously believed. He has gone from a Primarch I cared little for to a real contender for most compelling traitor lol. Get it. Read it. Love it! 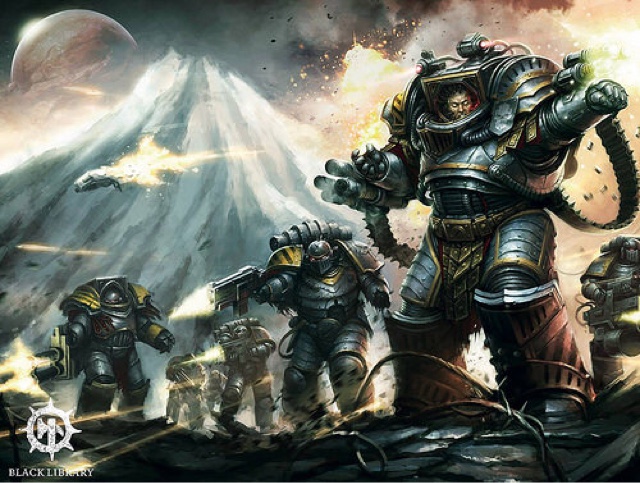 Upcoming events that I am attending.

None, there are no current events I am going to.

So I hope you have enjoyed my post. I would love to hear your feedback!

Until next time, stay fluffy!