Posted on the Warhammer Community today, is 5 fun combos you will be able to use in Shadespire

The new Warhammer Underworlds: Shadespire – Leaders card set is available to pre-order now, and we’ve been going over the new cards in the office and putting together cunning combos (or kunnin’ kombos, for the orruk players among us) using the new cards. We wanted to share some with you – so here are our top 5 combos using just the cards from the new expansion.

Who Can Use It: Any warband

Turn your leader and one of his allies into a nigh-invulnerable duo with this pair of upgrades which makes either of them count as two supporting fighters when supporting the other – add in some weapon upgrades and you’ll have a truly fearsome fighting team… as long as they stay together. (If you have Linchpin among your objectives, it can also be good for a glory point if your paired fighters are in the thick of the action.)

Who Can Use It: Any warband

Undefeated is a great objective for any warband that relies on keeping its leader around, allowing you to grab an extra glory point at the end of the third phase if your leader is still on the battlefield – but to make it even more likely they’ll still be alive and kicking (or stabbing, or bludgeoning), you might want to include Look Out! among your ploys – sure, it’ll mean one of your other fighters takes a lot of damage, but your leader will be safe. And if you’re playing with the Sepulchral Guard or Spiteclaw’s Swarm, you can probably bring that fighter right back anyway.

Who Can Use It: Magore’s Fiends 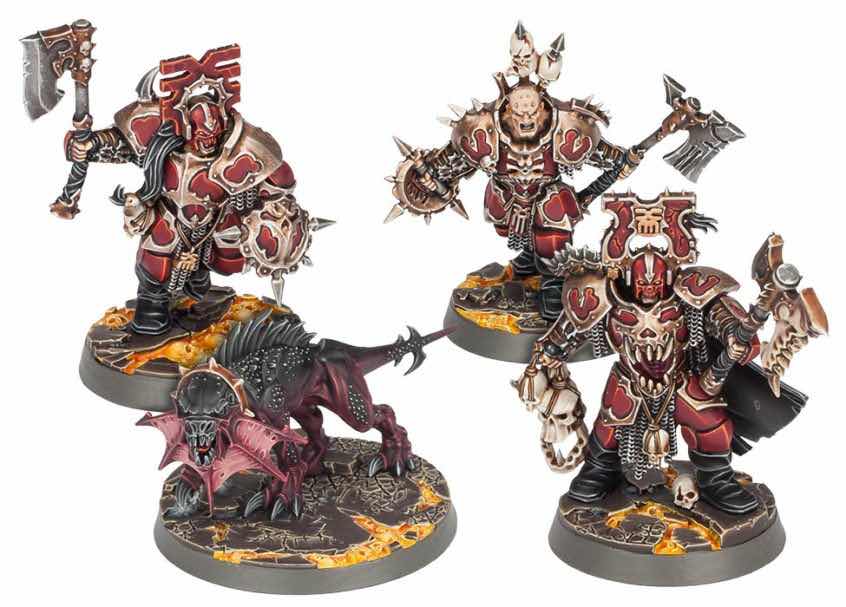 An obvious one, this, but it’s so much fun to try, and forces the Magore’s Fiends player to play very much in the spirit of a Khorne warband, putting their Blood Warriors (and Riptooth, of course) in harm’s way with the intention of getting them killed, while Magore takes down the enemy’s hardest hitters and is the last man standing – for a massive 9 (yes, 9!) glory points. Add in Gory Visage to make Magore more survivable, or if you want some risk for your reward, the Cursed Shield might be fun

Who Can Use It: Garrek’s Reavers 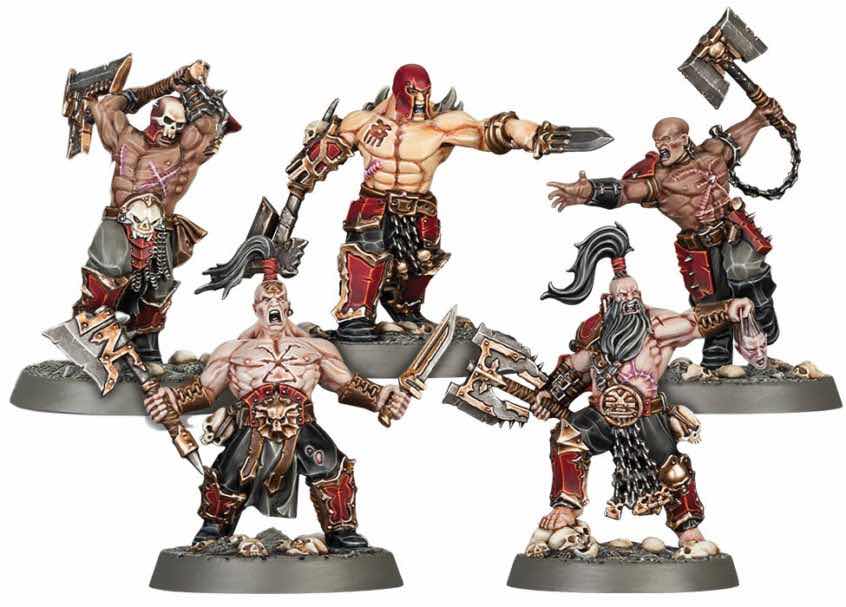 Like to get Garrek in fast and furious and take the enemy leader down before he can make an impact on the game? The new objective Neutralise rewards that with two glory points (plus the one for the kill) – and when Garrek takes that skull (and if it’s the Sepulchral Warden’s, he won’t even have to clean all that messy flesh off it), you can play Coveted Trophy for a sneaky extra point. If you’re able to upgrade Garrek before he goes in for the kill, then Apex Predator works well for yet another glory point, taking your total to a sweet five for one kill.

Who Can Use It: Spiteclaw’s Swarm 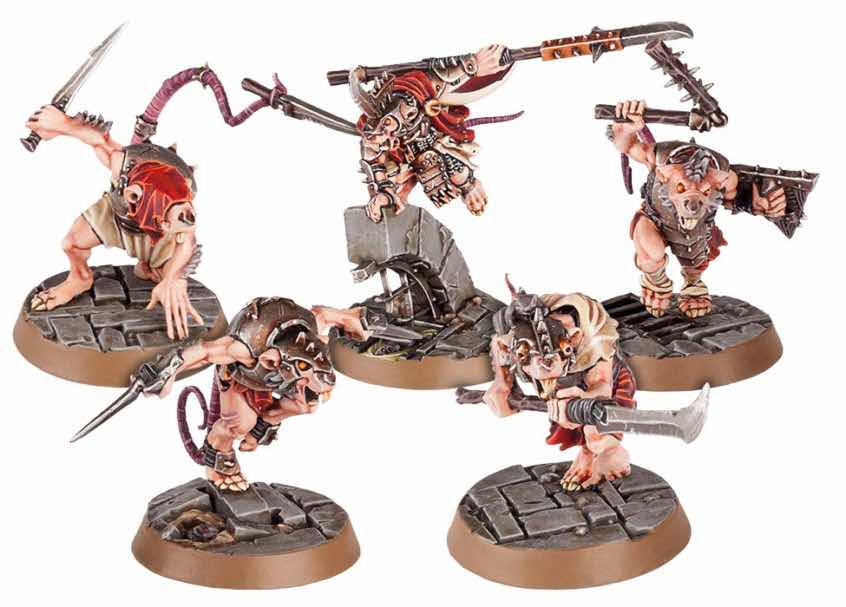 Sometimes your leader’s gonna die – it’s just a fact of life, especially among skaven. Fortunately, Krrk the Almost Trusted always has plans in place for when his “master” succumbs to enemy blades (or one of Krrk’s schemes). And you can get an easy two glory points just for letting Spiteclaw get taken down – one immediately with Treacherous Second, and the other in an end phase – as long as Krrk survives long enough to claim it. Spend a glory on Rising to the Challenge to give Krrk an extra Wound and attack dice, and he’ll be sure to come out on top. 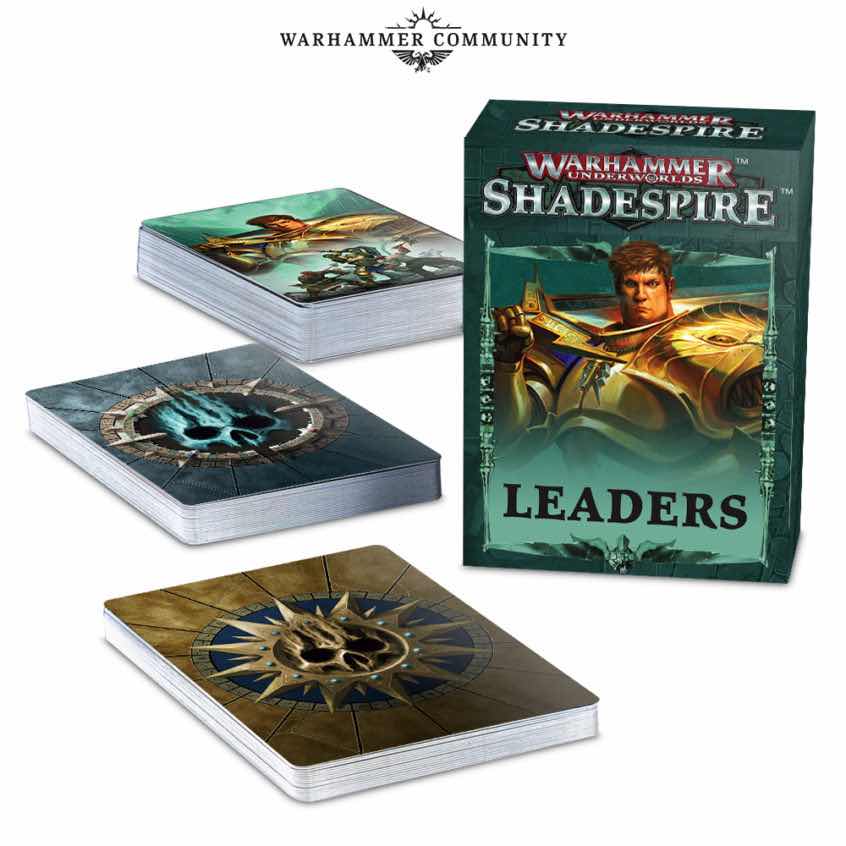 These are just the tip of the iceberg regarding what you can do with the new cards – when you start looking at combos with all the existing ploys, upgrades and objectives, the possibilities are endless. We can’t wait to see what you all come up with – if you have any particularly nasty combos in mind, let us know on Facebook, so we can try them ourselves. You can pre-order the Warhammer Underworlds: Shadespire – Leaders card set now – check it out!

Some of these combos really do sound interesting, especially the one for Garrek’s Reavers

Let me know if anyone have used any of these in a game, and also how it went. Also, I’d be interested in any other combos you have found that work.

Email ThisBlogThis!Share to TwitterShare to FacebookShare to Pinterest
Labels: Shadespire