Hello everyone,
We’ve been lucky enough to receive the Iron Hands Codex for review! 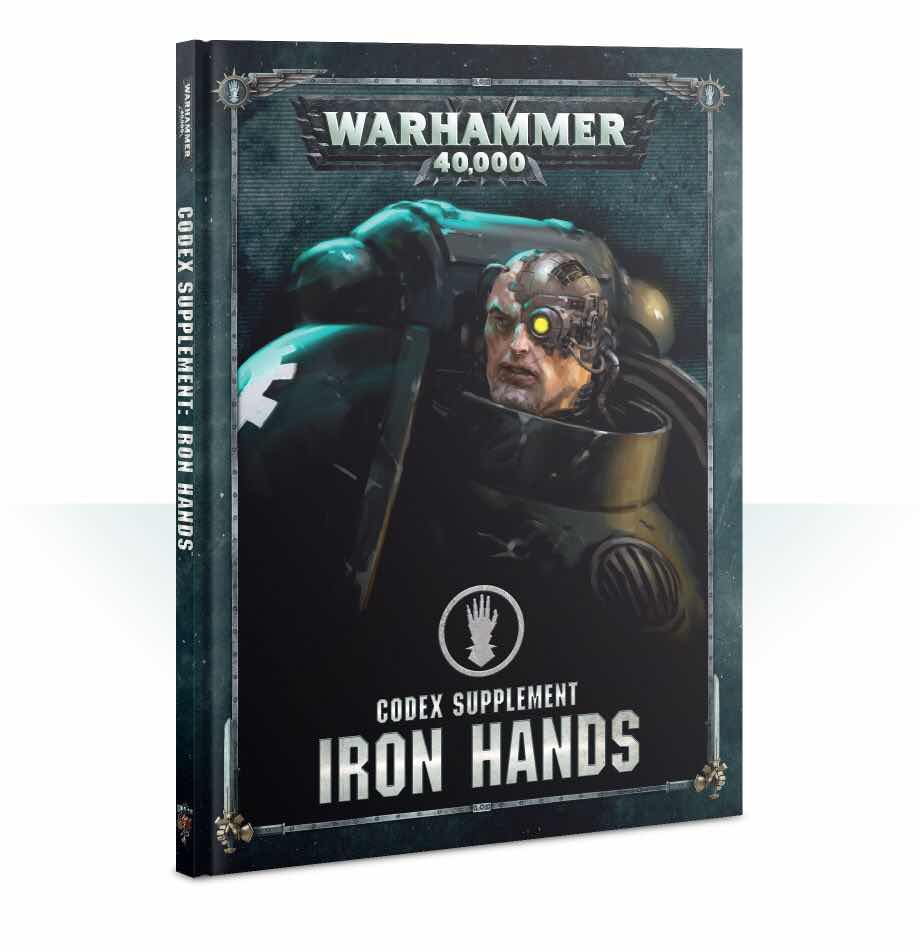 Now I will warn you I will probably be completely positive in this review as I have always been an Iron Hands player and that’s not because they’re now the new filth!
All of my Heresy Era Iron Hands are still on the Battle Bunnies blog but I’ll show you some of those units and my plans for my Iron Hands in Part 3.
For now part 1 will be focusing on what’s in the book lore wise. 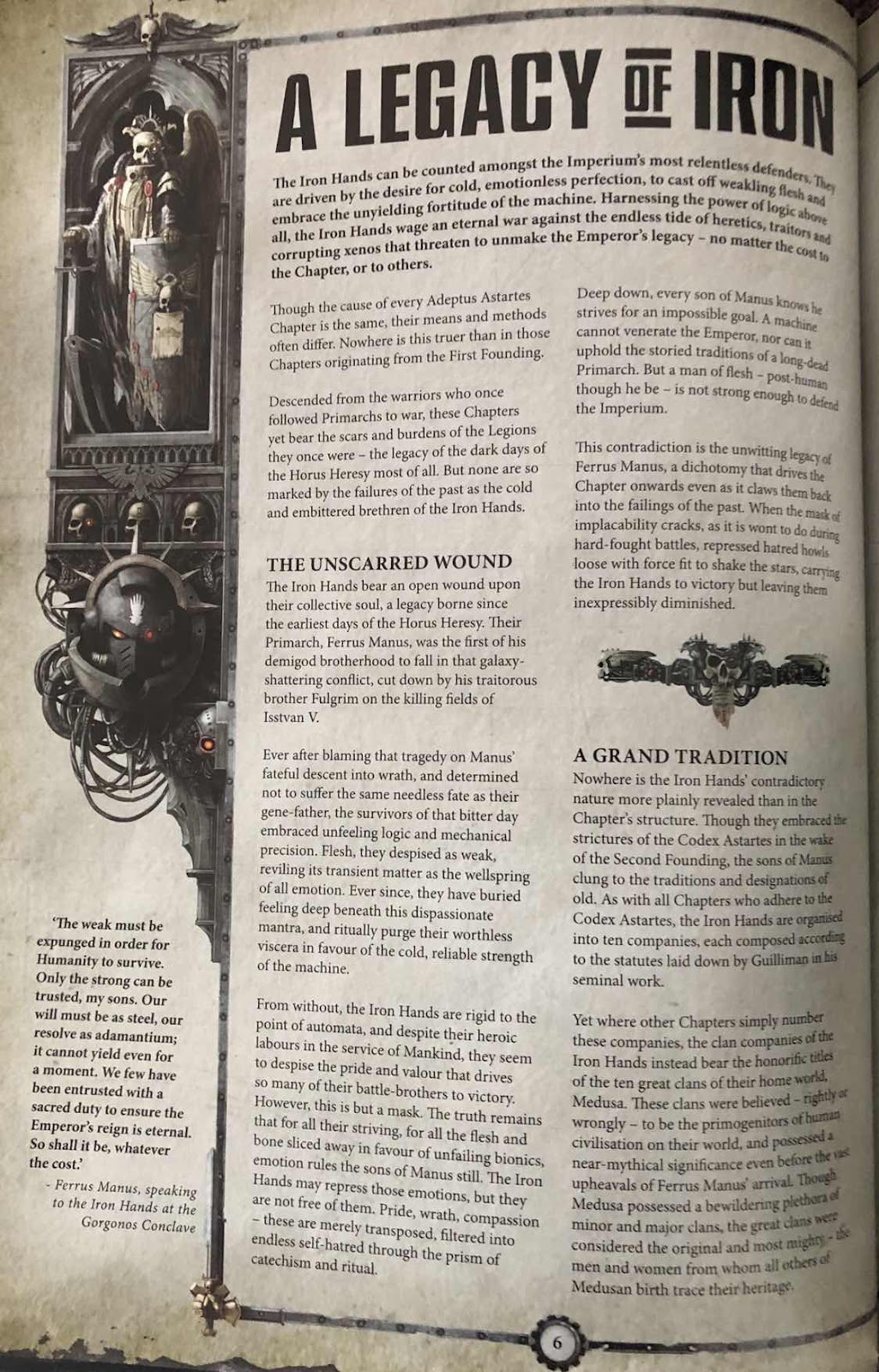 As you can expect there’s not much change in the overall lore for the Iron Hands and a lot of this using what was in the old Clan Raukaan Codex from a few years ago.
For someone who is interested in the Iron Hands there is plenty of information like the Sthenelus System where the Iron Hands homeworld of Medusa lies. 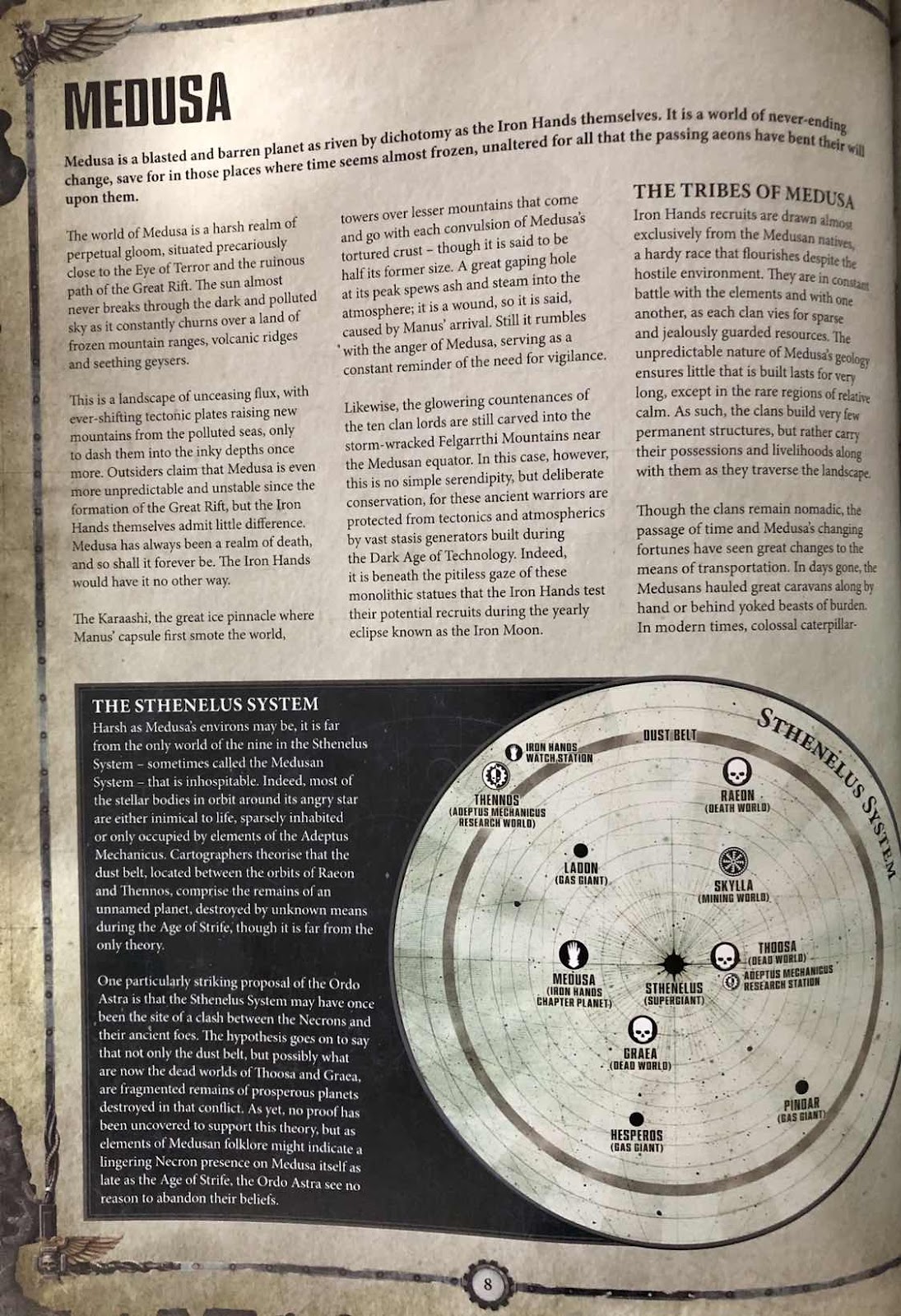 Something I am really interested in is the organisation of the chapter as a whole and it’s differences from Codex Astartes structure.
Although I’d really like to do the First company, the Avernii are all veterans and I don’t really think the model range represents that company well as I’d want to see new primaris terminators and close combat squads of intercessors before starting the company.
However, it doesn’t look like they will be out for a while at least and I’ve decided to not buy much of the older style marines as it looks like they’ll be on their way out of production eventually. 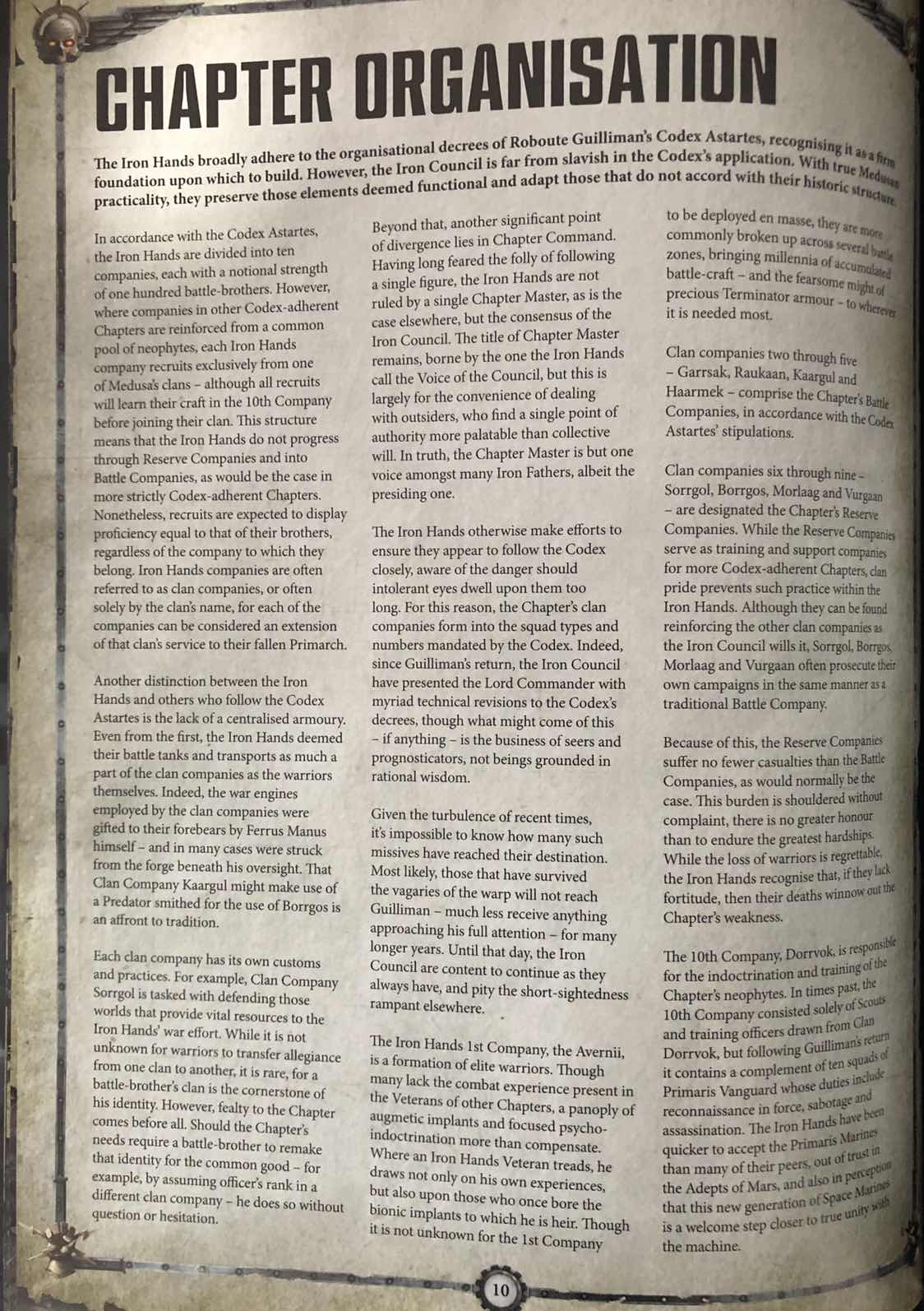 I would really like to follow the organisation for the companies, however I’ll have a decision to make as Sorrgol was my Heresy era Iron Hands Clan. So I’ll have to decide whether to stick to Sorrgol or go for another company. 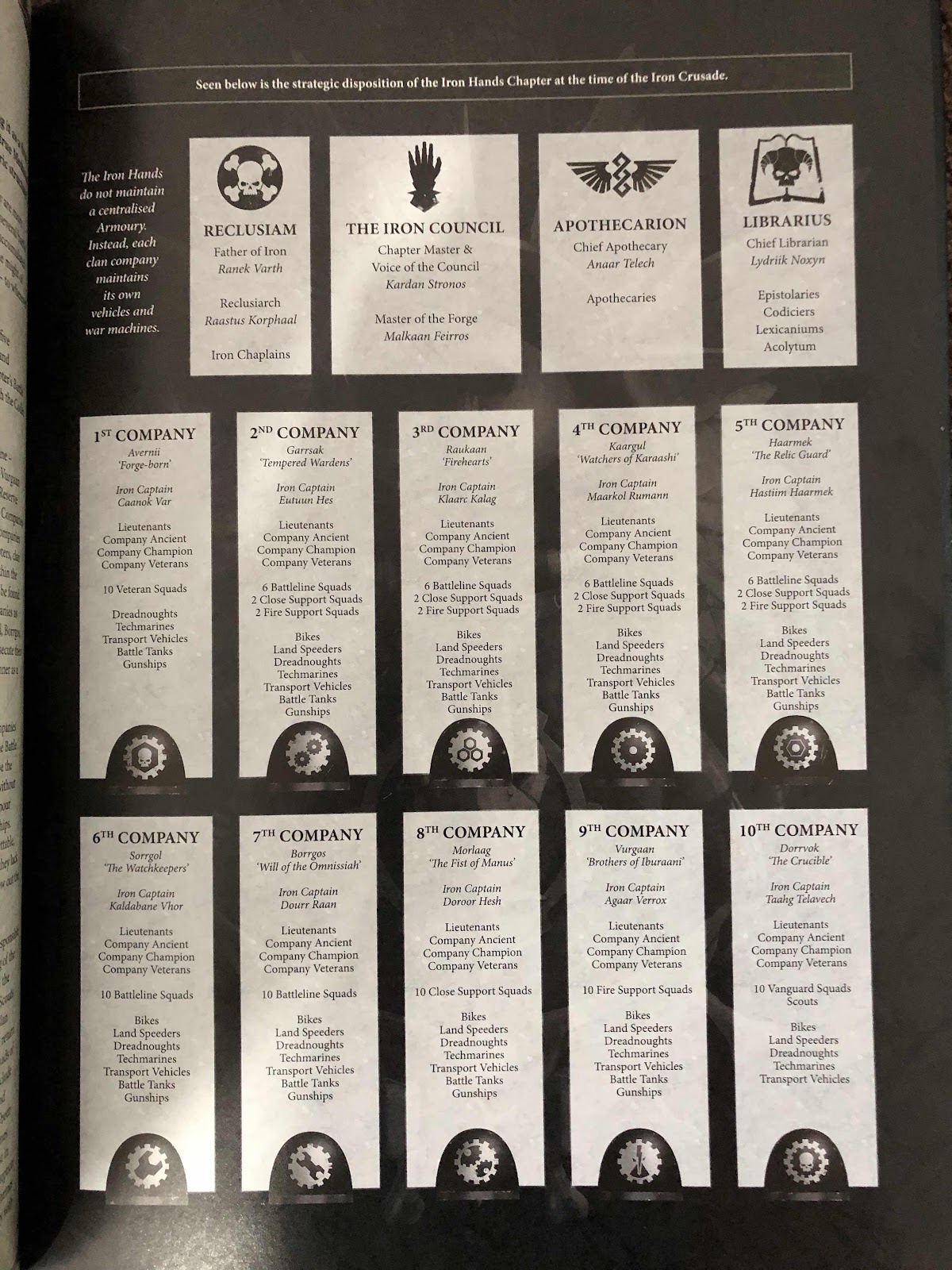 Sorrgol isn’t one of the four main battle companies from 2 through 5 but it does say they persecute their own campaigns.
It would be cool to follow the structure but I doubt I’ll ever do sixty intercessors!
There’s also a description for each company which is also brilliant. As you can see the Avernii below. 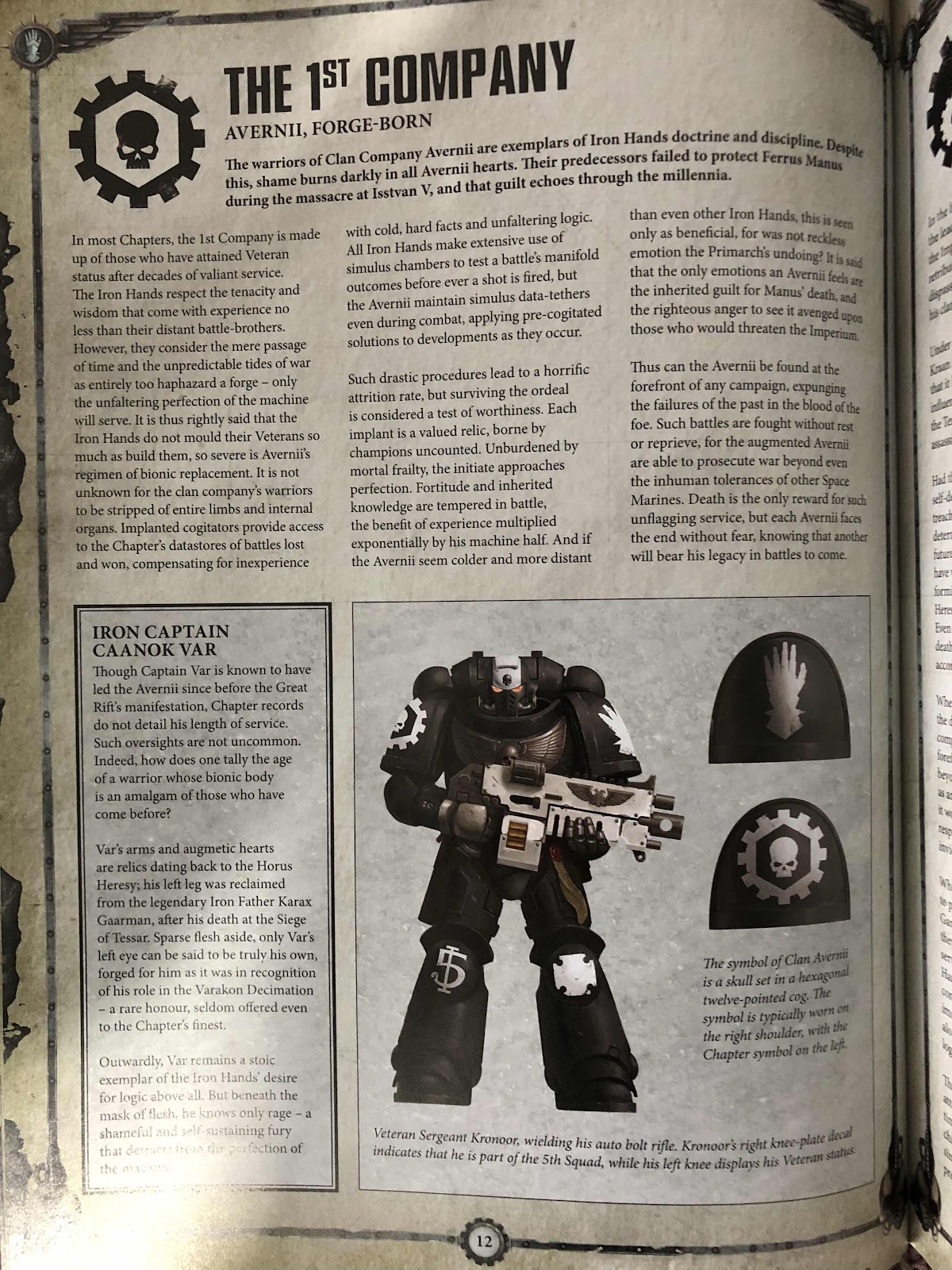 There is also a history section for players new to Iron Hands but I’d still say the best lore is still in the Horus Heresy black books by forge world. Alan Bligh did a great job expanding the legions background. 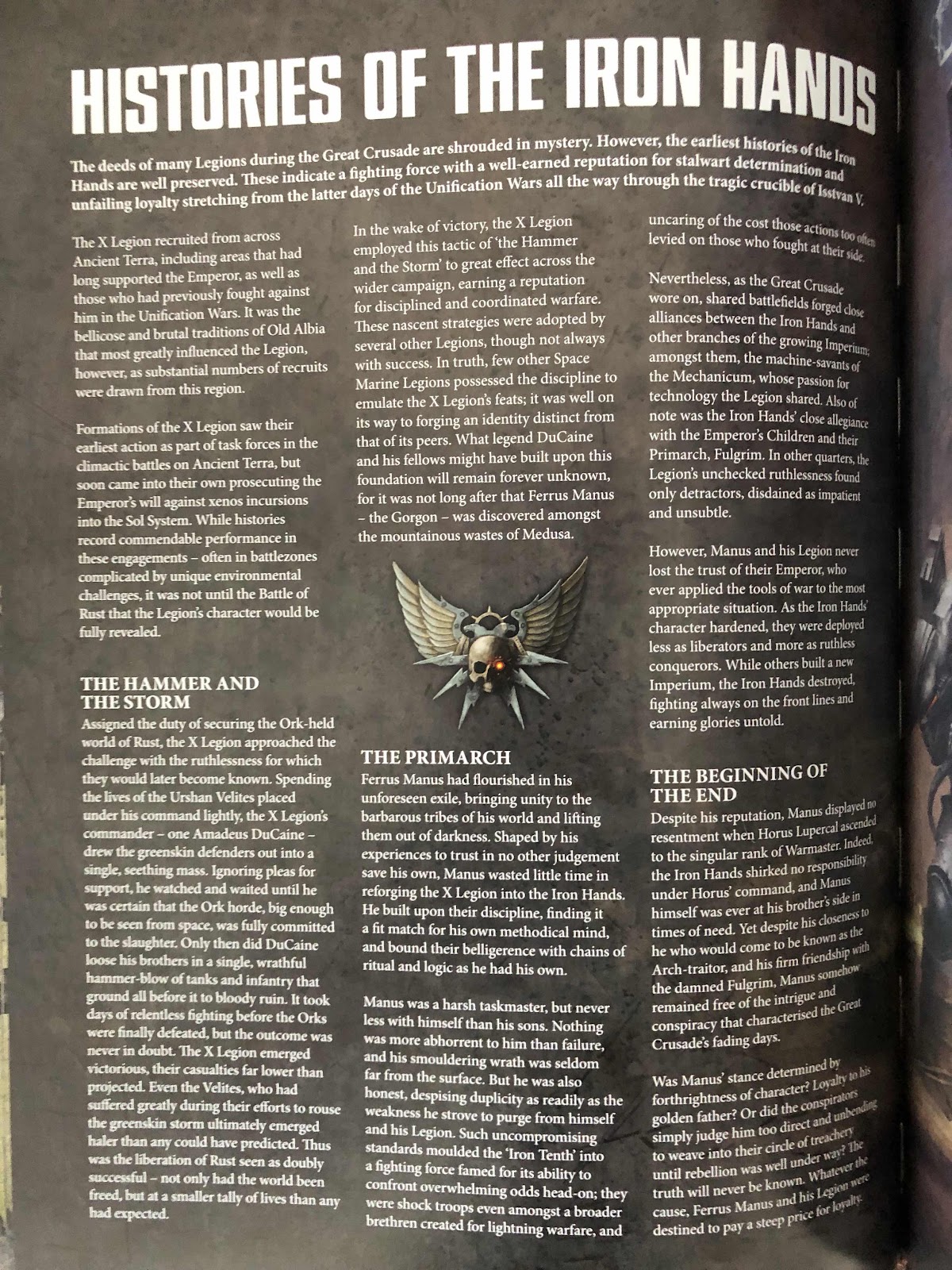 The Iron Hands in present day 40k seem to be undertaking a new Iron Crusade so it seems. As the Iron Hands are reluctant to give up territory so easy to the new chaos threats. 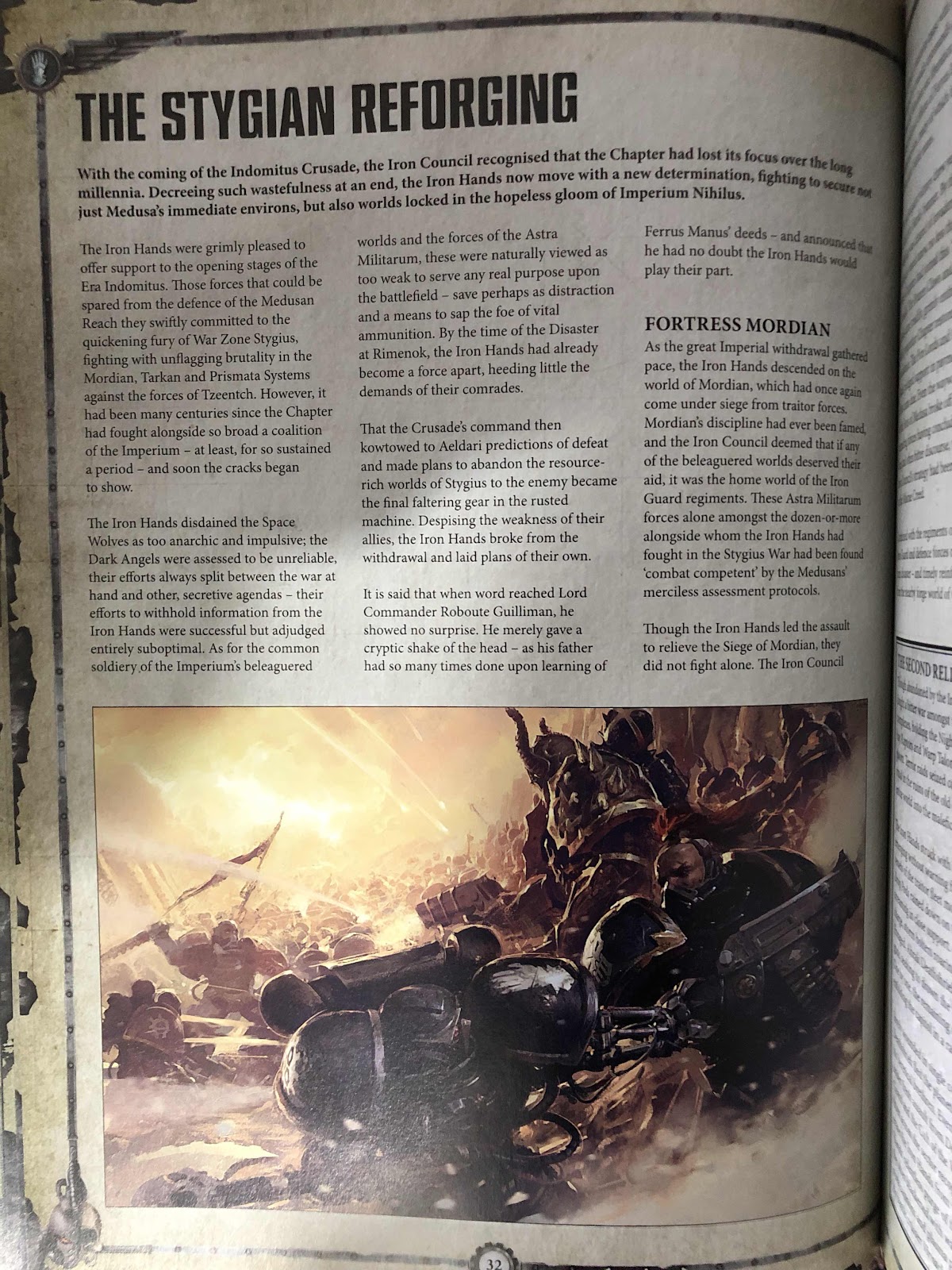 The Iron council coming to the aid of the Mordians is pretty cool. I am certainly hoping they’ll update the imperial guard range adding some modelling options in for making Mordian iron guard! They were always on me of my favourites in the imperial guard books over the years. 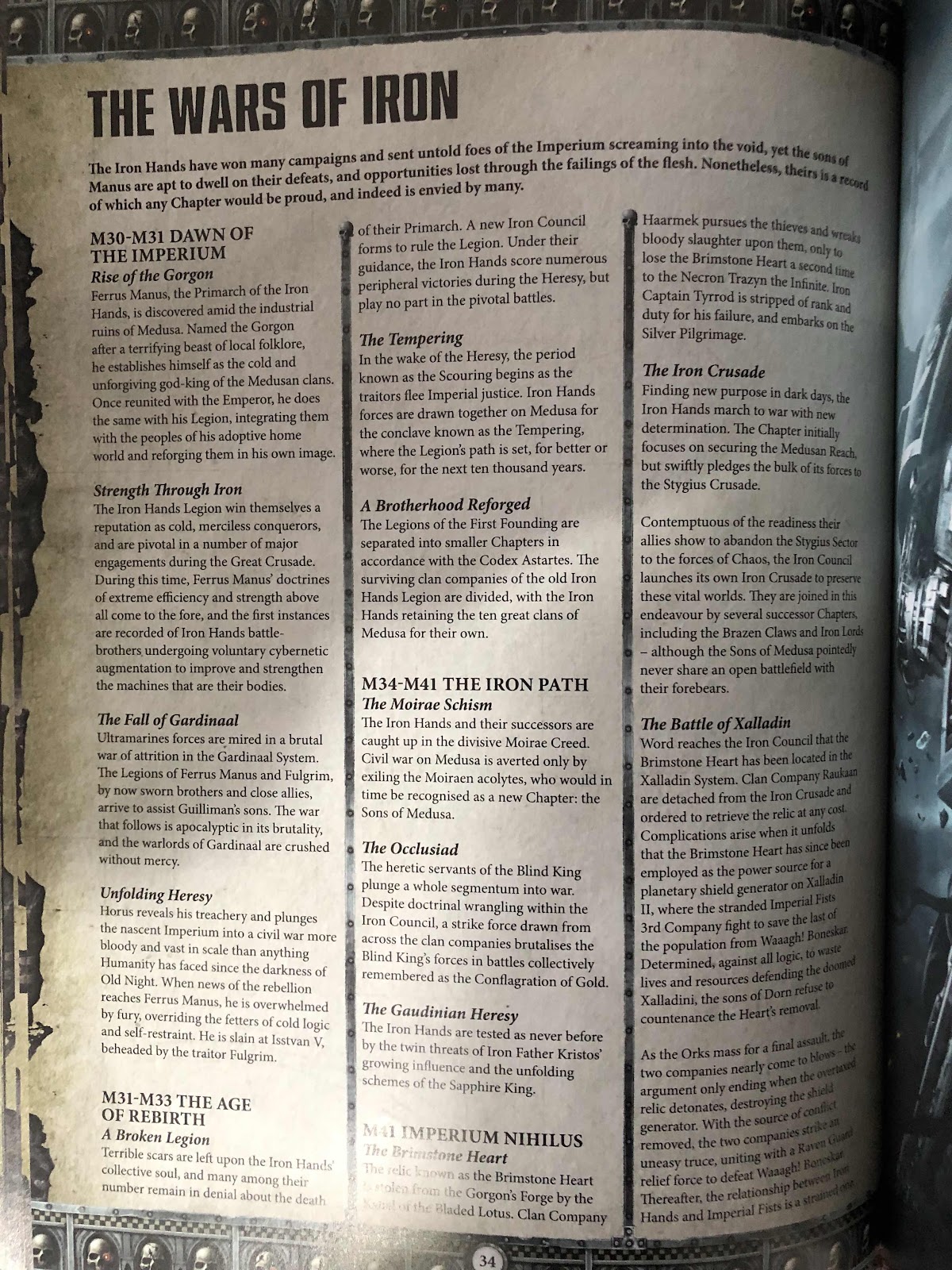 You can see the overview here with the Stygian Crusade and the overall time line for the Iron Hands in Imperium Nihilus.
It never is easy to talk about the background in these reviews as there never really is much new information regarding the narrative in a codex.
The chapter organisation and the individual descriptions of the companies is a very cool part of the book though and I’ll be trying to stick to that when I start my 40k Iron Hands.
I should have Part 2 up tomorrow hopefully and that should be better content wise as I look at the new rules and combinations for the Iron Hands as it now seems they are pretty brutal on the battlefield!
Thanks again for reading,
Aveinus Kaane
Posted by Aveinus at 13:33