I was intending to get this out earlier this week, however, work and then the damn blogger app has prevented me from doing so unfortunately!

This part of the review will just be giving my opinion on the chaos side of the box which I will be adding to my collection of unpainted models...

I will be starting to paint them up though as soon as my Ork army is up to a sufficient point level.

So the models first! 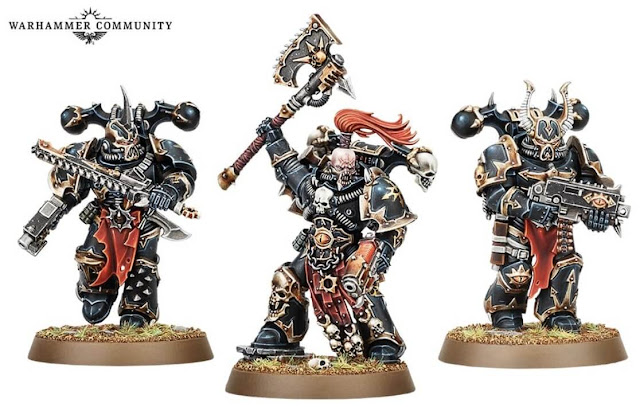 I have been waiting for new chaos space marines for years so I love the new sculpts. They do come with fixed poses in this box but I’m sure there will be a new multi part kit coming too, which as I’ve been writing this has been previewed! 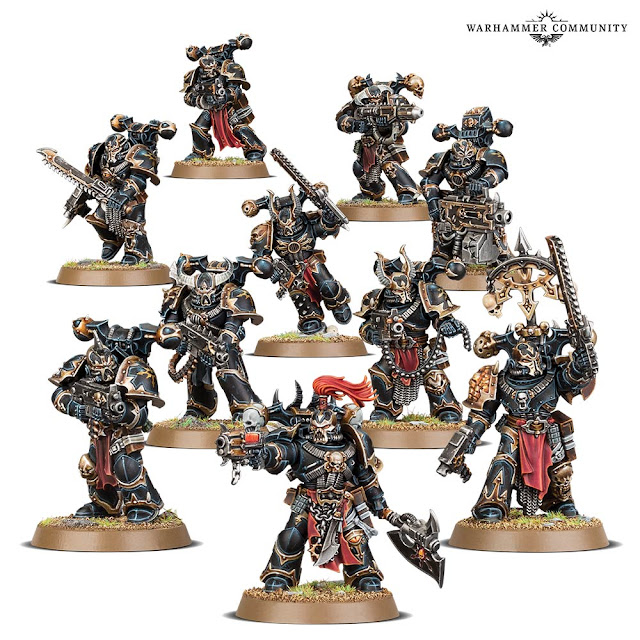 For me though I love having the variety in my army so for me I’m not particularly bothered about their weapon load outs. 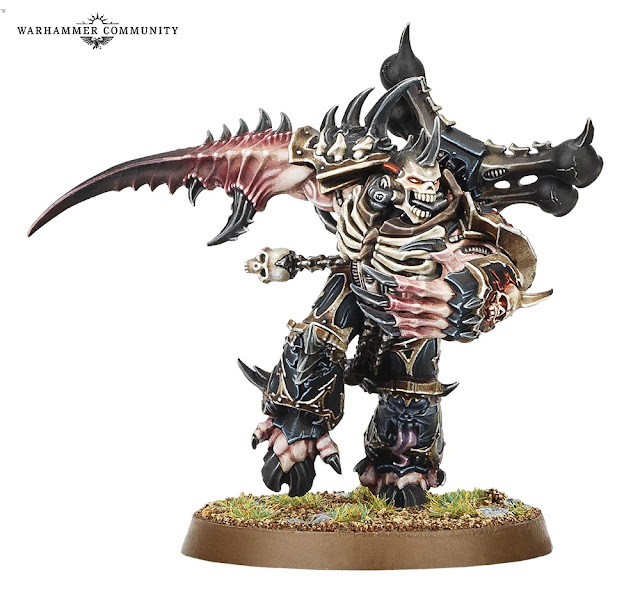 The greater possessed are also superb, however, I just hope they update the possessed models as I think they’re very old looking sculpts and do not look good anymore in my opinion. 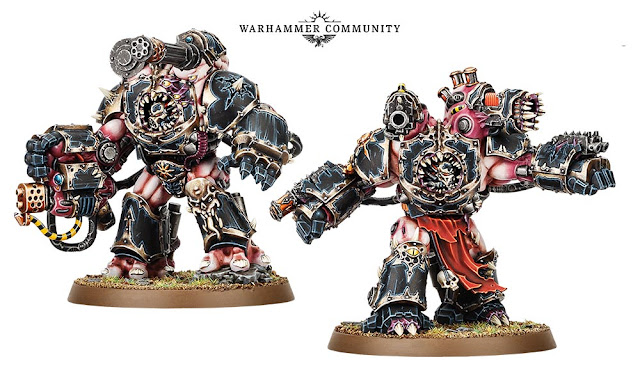 Finally the new obliterators again look incredible. The fact that all these new models tie in with the old Dark Vengence box is also great as I still have all of those models unpainted.

I’m sure there will be a close combat variant coming for them too!

So the background for the new Daemonkin is quite interesting, with a big emphasis on the possessed marines. I’d love to have a new possessed kit with options for each of the four gods included. Some Slaaneshi possessed could look terrific. 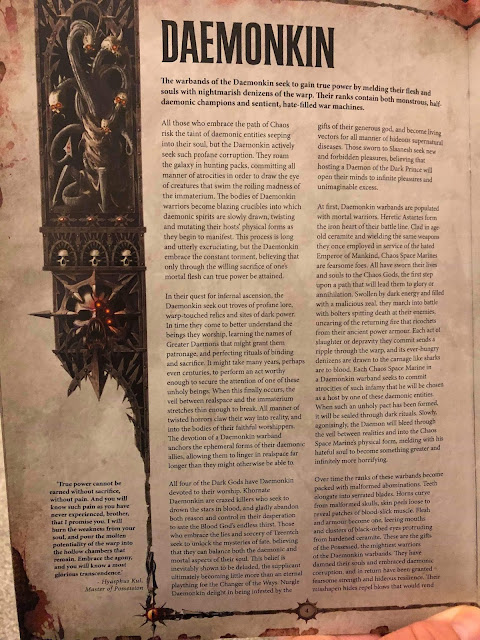 I’ll definitely be looking forward to the actual big release for chaos space marines. I think new terminators are on the way too if you look at some of the artwork they feature quite prominently. 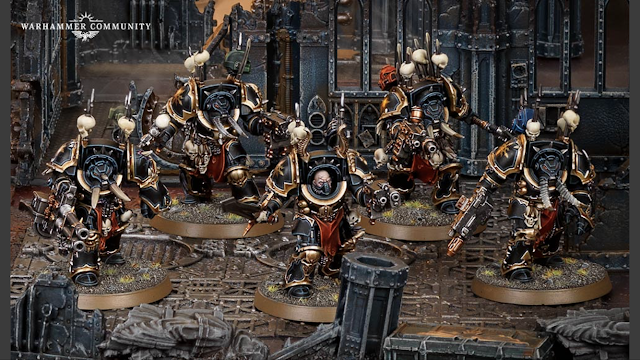 Again as I've been trying to get this to post to work properly it looks like new terminators have been shown! 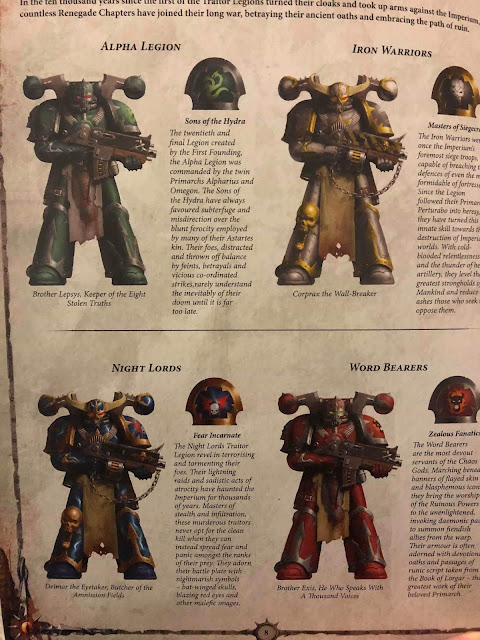 All of the undivided legions are featured in the book but there’s no images of any World Eaters or Emperors Children. I find this quite interesting as this could mean they’re taking a backseat due to having books of their own coming at some point. However, they are mentioned in the rules which we’ll look at soon.

As mentioned earlier this is where we see Emperors Children and World Eater rules come in. Along with the other legion key words that we’ll get too. 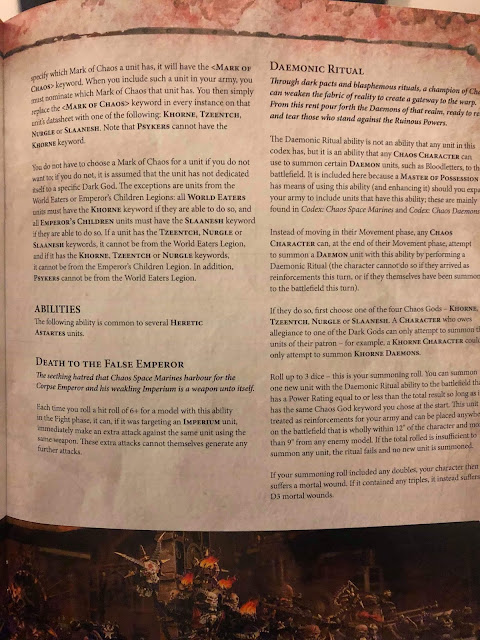 Death To The False Emperor is a great rule for a combat based chaos armies especially with the Emperors Children legion rules where you get the always strikes first special rule! Pretty powerful! 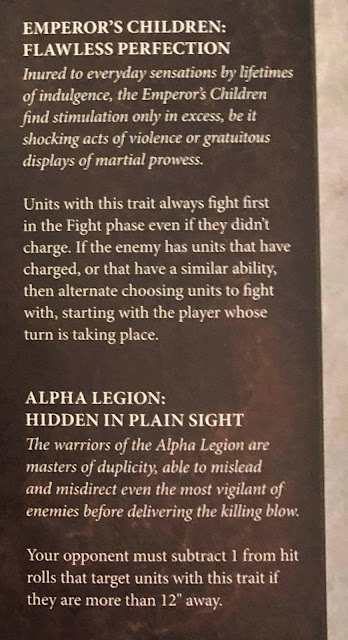 The Alpha Legion Trait is also extremely good, with the -1 to hit buff surely being pretty popular. Although I think my deep striking ork boyz could do quite well with negating that. 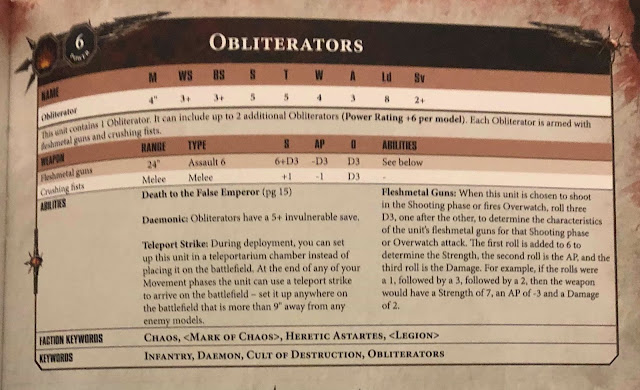 A little blurry but a group of these monsters shooting from your backfield should be pretty strong! At -1 to hit their +2 save and 5+ invulnerable save will make them really tough to shift. The only downside is their range at just 24 inches it could be an issue.

Onto some psychic powers now... 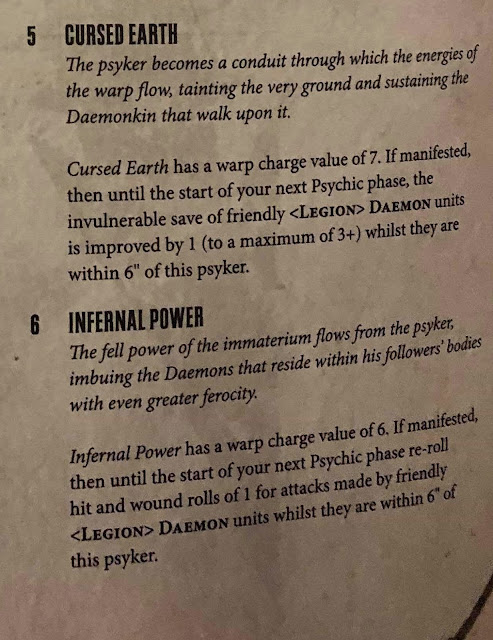 I do really like the Maliefic Disciplines, they’re focused on the Daemonkin elements of the army.

Rerolling on hits and wounds for posssessed units will be an excellent buff as well as also increasing the invulnerable save on those obliterators to a 4+ makes them even more invincible!

Finally on to Warlord Traits... 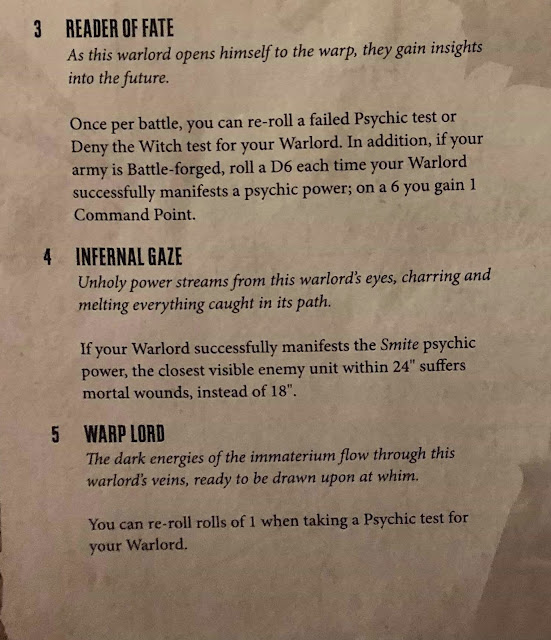 Again these are weighted towards becoming a more powerful psyker rather than damage dealing.

Infernal Gaze is quite a nice improvement, giving you that extra distance on smite. Also Reader of Fate is great way to keep generating command points.

So after taking all that in I’ll just talk briefly about my plans. I’ve always wanted to do an Emperors Children army for 40k and these releases are a great chance to make that happen. However, I was hoping for a specific book for them. I do think this will happen eventually but it could be a year or more away.

So I think I will wait for the dust to settle on the releases and I will make my choice. I’m really hoping we’ll see some slaanesh specific heads in some of the kits but I think they will all be undivided. The other legions are also really tempting though, as are the black legion simply because of the characters they now have to draw from.

I’ll definitely be going for a marine heavy army, with hopefully some new possessed models. If they don’t bring out new ones though, I’ll not be buying the old ones so fingers crossed!

Okay well that’s it from me let us know if you are intending to pick this box up or are starting a new chaos army!

Also if you’re looking to buy into a new chaos army or you just want Shadowspear then check out Battleground Gaming where you’ll be able to get the box at a discounted price.