I'm sure many of you will now have the new chapter approved book in your hands already, however, being an Ork player I am going to give my opinion on the extra Orky bitz in the book. Unfortunately I have had issues with my computer so couldn't post this sooner.

There will also be a review on the new Gloomspite Gitz battletome coming soon!

So lets get started... 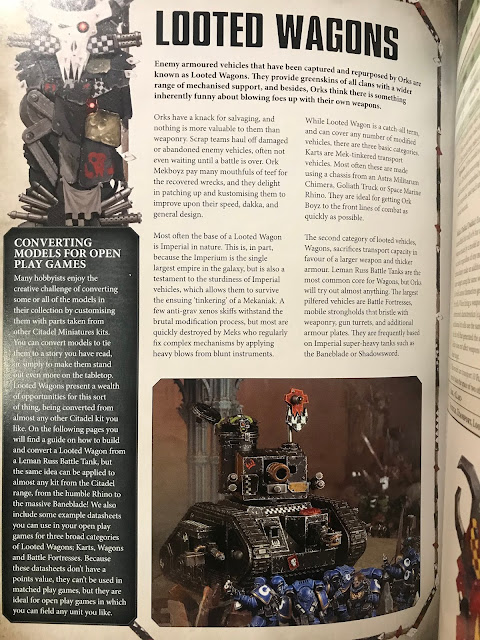 One of the big misses from the new codex, the looted wagons. It is shame they are just open play choices now, however, I can understand them needing to remove them from match play as they can be converted to almost anything vehicle wise, potentially resulting in problems with their size. 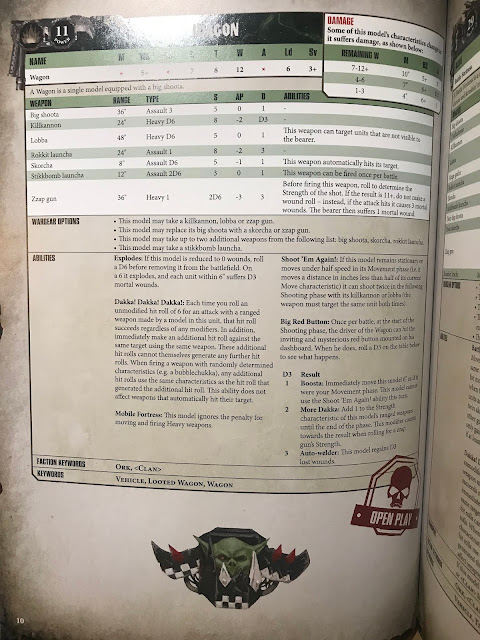 A wounds characteristic of 12 with a 3+ save is pretty decent!

Arm it with a Kill Kannon and limit its movement for Shoot em' Again! and you've got an potentially effective weapons platform... for Orks anyway!

I do also like the random aspect for the Big Red Button, gaining D3 lost wounds or the +1 weapon strength is great. Potentially making it a real nuisance for your opponent. 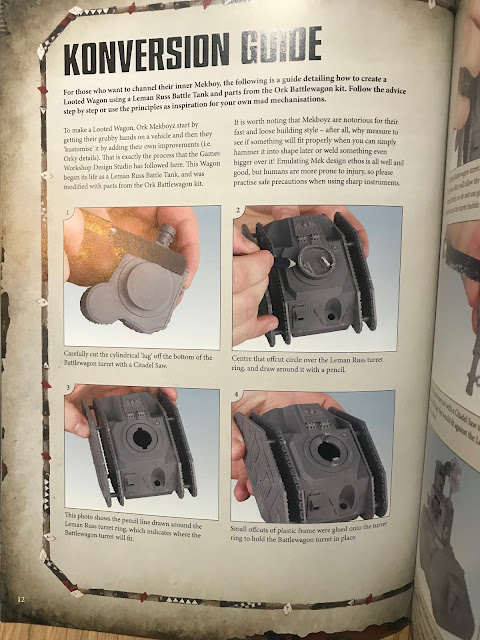 The best part of the looted wagons are the conversions and there is a great conversion guide within the book. I have some old Leman Russ battle tanks that could be used for this rather than terrain! 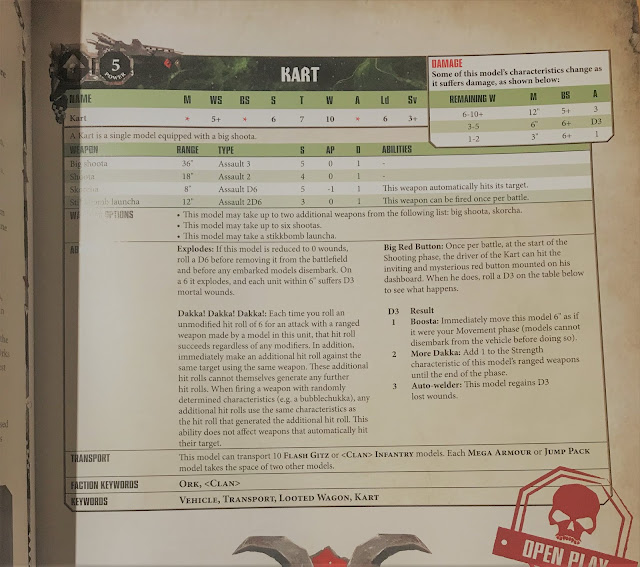 Another version of the Looted Wagon is the Kart, this vehicle exchanges some of its toughness and its weapons capability for some extra speed with movement 12". 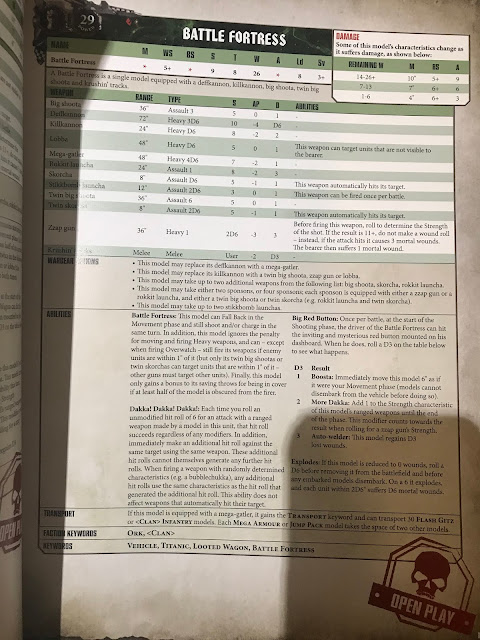 Now the Battle Fortress is a beast with 26 wounds, with a Mega Gatler it can also transport up to 30 models! 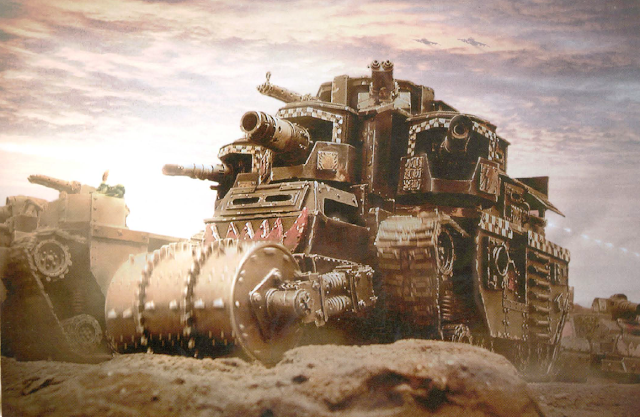 I'm not sure if there ever has been a model officially made by Forgeworld but this looks like one of their images. Whether it's a conversion or not its an awesome looking model.

Overall, some great additional rules to add to the codex, Ork players definitely need the option to convert models.

I am disappointed the Big Mek with Kustom Force Field isn't now available to use other than with the mega armour but it gives me an excuse to buy another box of meganobs! If you haven't seen my fledgling Ork army yet, head over to the Battle Bunnies blog and you can see it there under Orks or Bad Moons.

Anyway, I hope everyone is enjoying their hobby at the moment,

Have a good new year!