Next up was the Wolf against Wolf seminar with Guy Haley, and this one was very exciting. 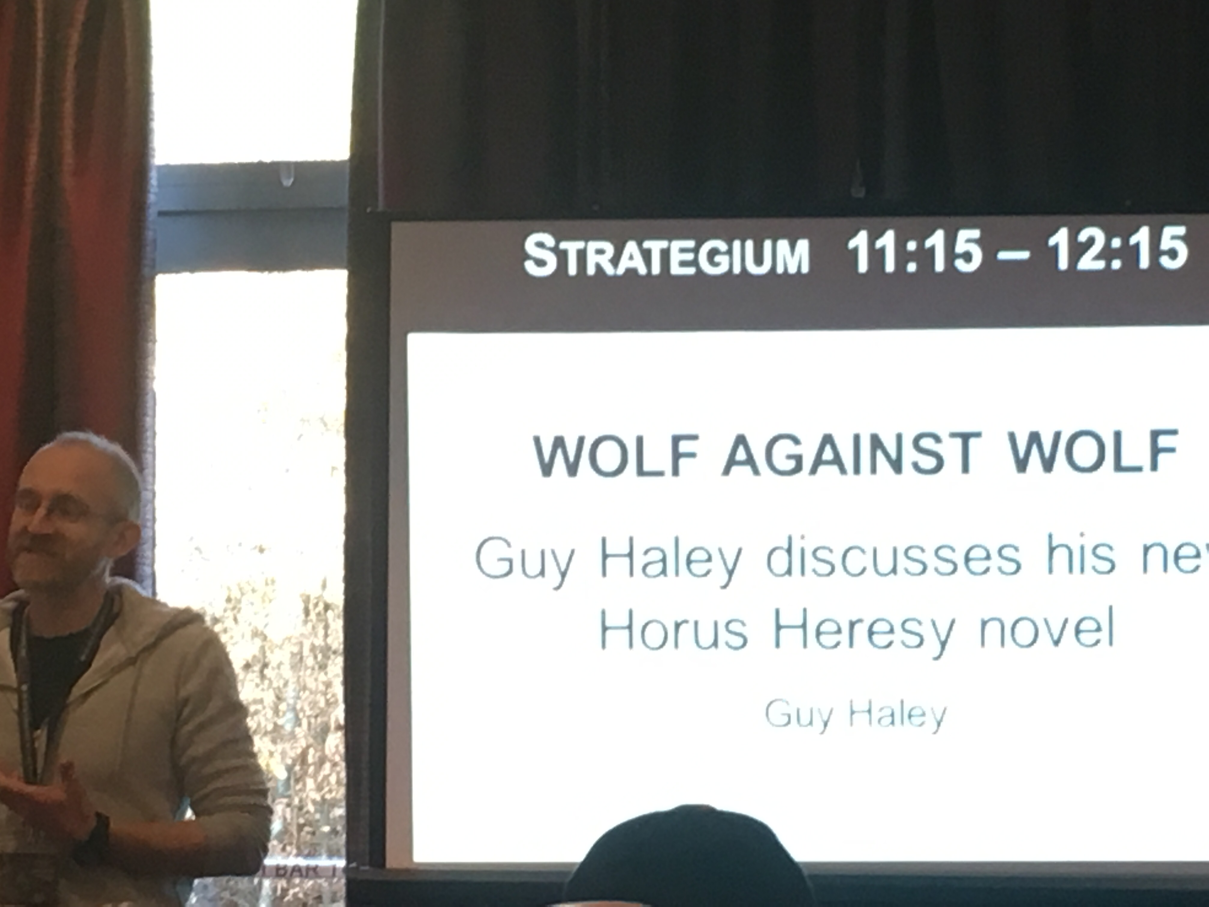 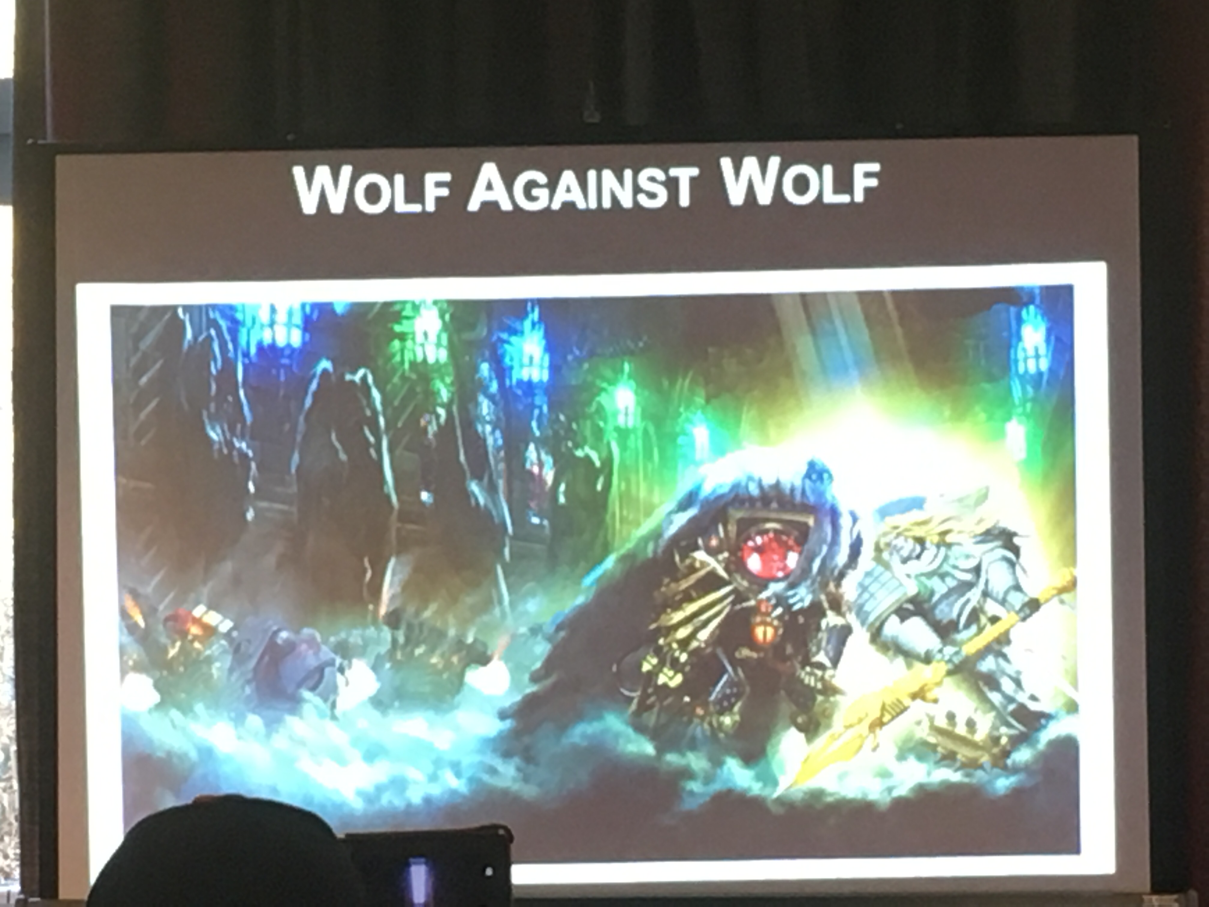 This was about the next Horus Heresy novel called Wolfsbane. As you can see from the cover, we know the Leman Russ and Horus have a confrontation, and Russ has the Emperors own spear.

Guy then read the prologue of the book, which was all about Horus meeting Russ for the first time on Fenris, which was very cool, and had a lot of dialogue with the Emperor.

As with the actual details of the novel, it is set just before the battle of yarem and Jaghatai Khan and Sanguinius have both arrived at Terra, and dispute Dorns wishes, Russ wants to go and confront Horus. Russ is aware that he will not be able to beat Hours if he assaults him head on, however he has a plan, which involves him going back to Fenris. There is also a lot of information about Beta Garmon. Unfortunately, Guy was not able to give any more details.

The release date is not certain yet, however, it will not be far off.

Guy then went on the say that he is writing at least one more novel in the Horus Heresy, and he is doing more in the Primarch series.

This book sounds really good, and I’m very interested about the actually fight between Russ and Horus because, well, who doesn’t like a Primarch duel?