The Edge of Silence review

Today I wanted to have a quick look at the lore in The Edge of Silence which comes with the new Indomitus boxset. 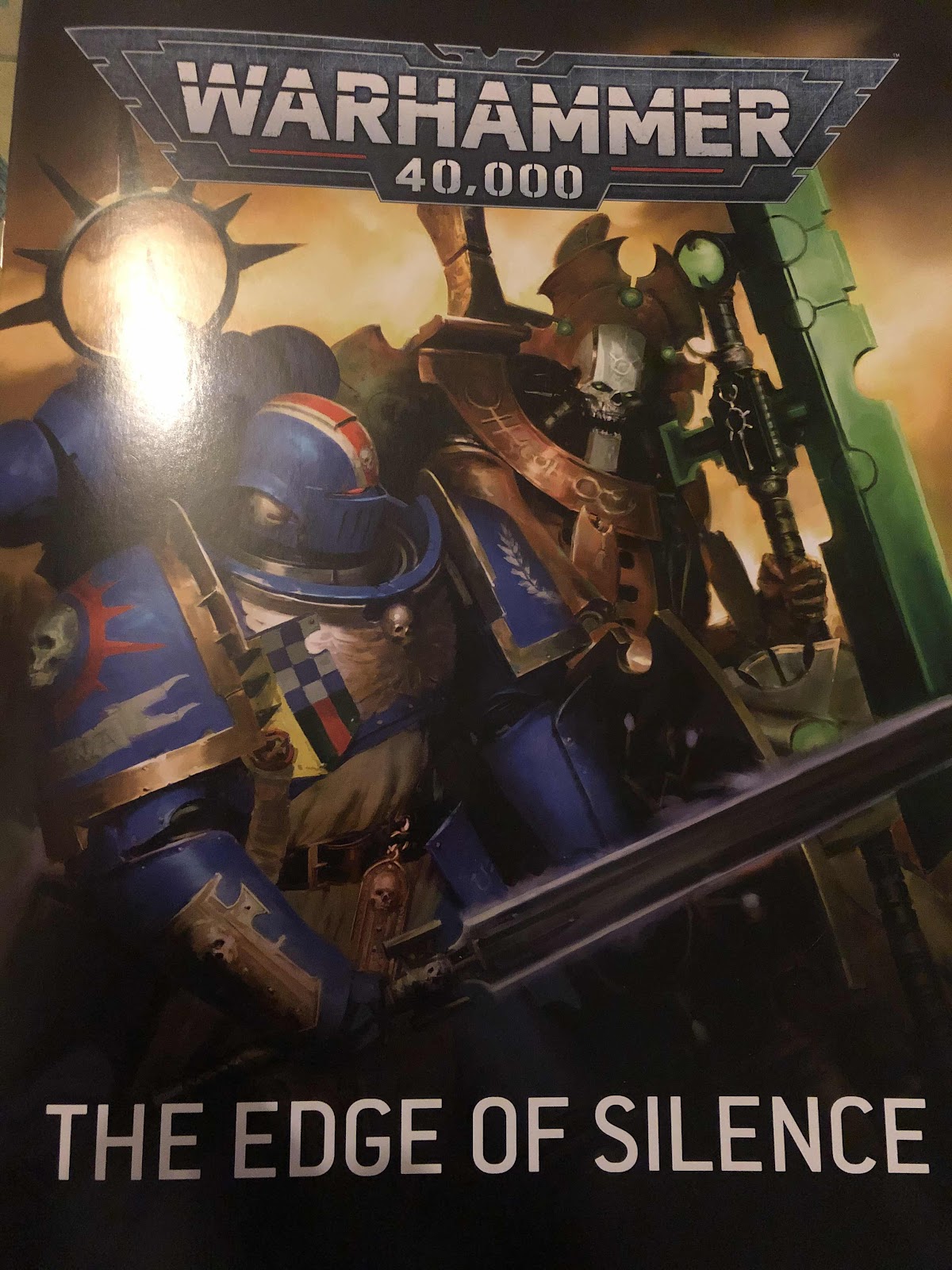 Firstly, we are told about an area of space known as The Pariah Nexus.  this area has been steadily getting more treacherous to travel through. This is as a result of a relentless expansion of the Necrons. This expansion is being led by none other than Szarekh, last of the Silent Kings. With the uneasy allegiance of an ancient conclave of Crypteks known as the Technomandrites, Szarekh is attempting to propagate a star-spanning weapon of such potency that it could end the threat of Chaos altogether. This in-turn would also kill every non-Necron life form. 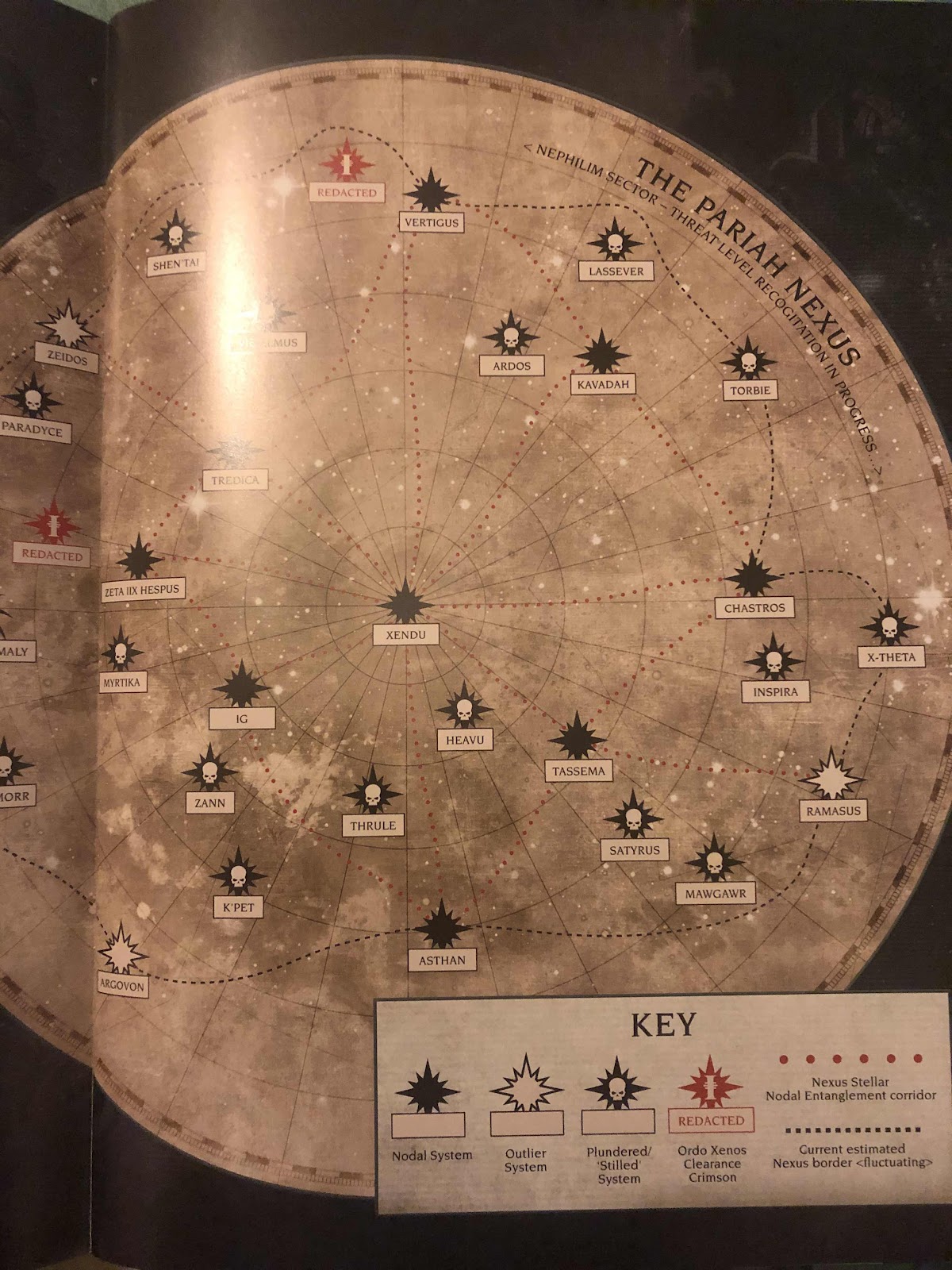 It then goes onto detailing a planet called Vertigus II. This planet was extremely valuable to the imperium due to the reserves of promethium, as well as of rarer materials. As a readily of this, the planet was heavily guarded by Astra Militarum alongside macroclades of Skitarii. All of this however did not stand a chance when Szarekhan Dynasty launched their attack. Scores of Guardsmen fell in bloodless pieces, efficiently carved apart by fractal-edged  blades which blackened and withered the flesh.

Vertigus quickly fell to the Necrons. Even before its remaining human defenders were overwhelmed, the Crypteks of the Szarekham had begun work on the dynasty’s true purpose. Before the Great Sleep, they were recognised as the greatest artisans of blackstone in the Necron Empire. On Vertigus, conclaves of Crypteks channelled vibrant streams of energy into the surface of the mining communes. From deep underground rose semi-liquid spears of blackstone, rippling upwards. More pillars appeared from thin air, phasing into being in shafts of sickly light as they were beaned from the Necron ships.

Vertigus was the final link in the Silent King’s design. It was the last nodal system in the zone of stable space so large, and so maddening in its complex geometrics, as to defy human comprehension. It’s systems would be stilled and the Szarekhan’s stellar ascension would be unstoppable. 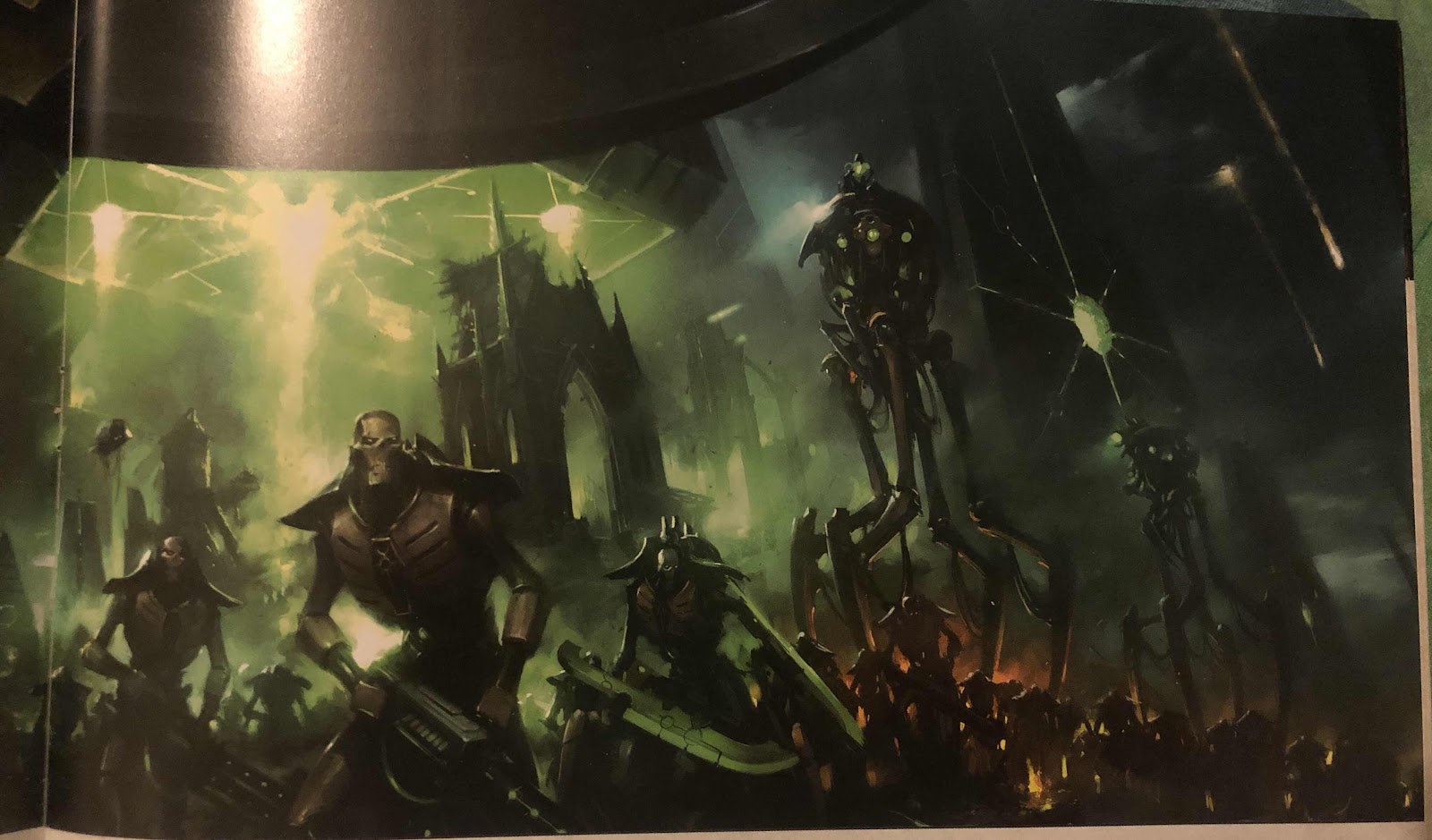 The next section is all about the Pariah Crusade. The Ultramarines comprised of the leading elements of Battle Group Kallides’ task forces. As decreed by Groupmaster Marran, the battle group’s primary deployment was to the Nephilim Sector, though the violent warp storms hindered its progress many times. Conflicting accounts of an identifiable attackers were interspersed with tales of a spreading entropy, which the Imperium was classifying as the Pariah Nexus. Among the battle group’s objectives was the valuable mining world of Vertigus II. The planet had been silent for the past three tithe cycles. The need for its mineral resources was all the more desperate after uprisings and psychic calamities claimed other minding worlds in the sagmentum.

Task Force III was created to discover the cause of Vertigus’ silence. Despite repeated vox-hails, they did not receive a response. Though the task force’s ships scanned the system, no sign of any craft, Imperial or otherwise, was detected.  The Ultramarines and allies made landfall at multiple points across Vertigus’ primary landmass. There was no trace of the planet’s inhabitants, however there were obvious signs of fighting - las burns and craters from high explosive shells. Suddenly, solid contact signals sprang up in every quadrant. From pools of shimmering air like heat haze there lurched skeletal forms of metal, actinic beams of energy spearing from their heavy rifles, while out of mine shafts clambered talon-limbed aberrations that span towards the Space Marines. Ultramarines squads reacted instantly, reforming and firing into the advancing Necrons. They closed with the xenos attackers, determined to drive them from the world. The battle for Vertigus had reignited. 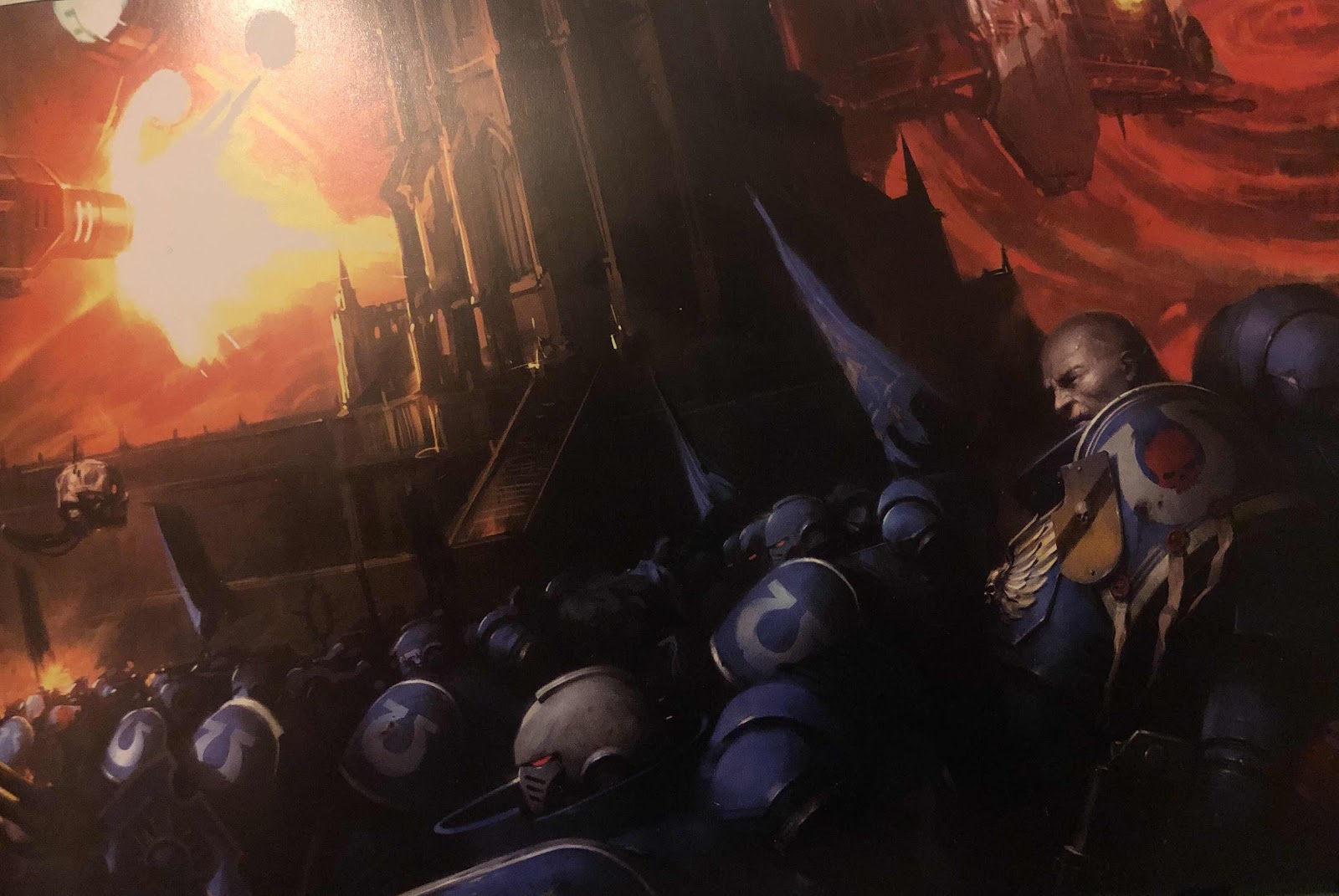 As a lover of the narrative side of the hobby, I really like all of this lore. And of course there it lots of really cool artwork to go along with it.