I'm back to show you a quick look at Kill Team Ironbrakah, the least camouflaged and most inept kill team around!

To begin with we'll take a look at Boss Nob Torgum Ironcrusha (He is also responsible for coming up with the kill teams name, his Warboss also likes the name so may also steal it for himself) 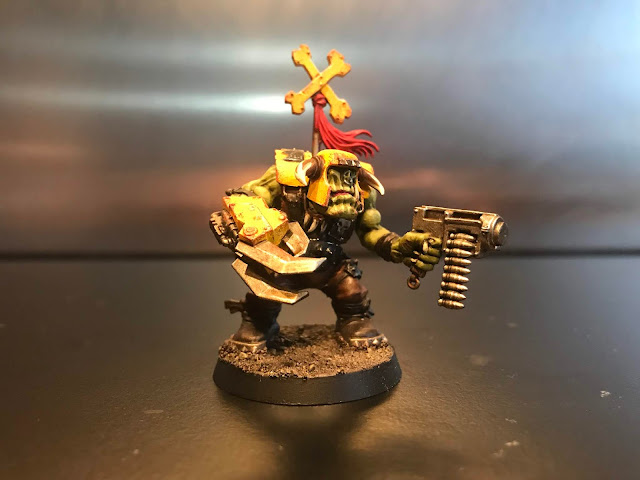 Unfortunately for Torgum he won't be the leader of this kill team as I am planning on adding a Kommando Boss Nob. For this I'll probably use Boss Snikrot's model so it will deserve to be the overall leader of the mob.

Next is Rokkit Boy Ribbak a shooty specialist who missed every shot in his first game against Kaelo and will now likely be kicked out of the mob for another boy with a better chance of actually hitting enemies! 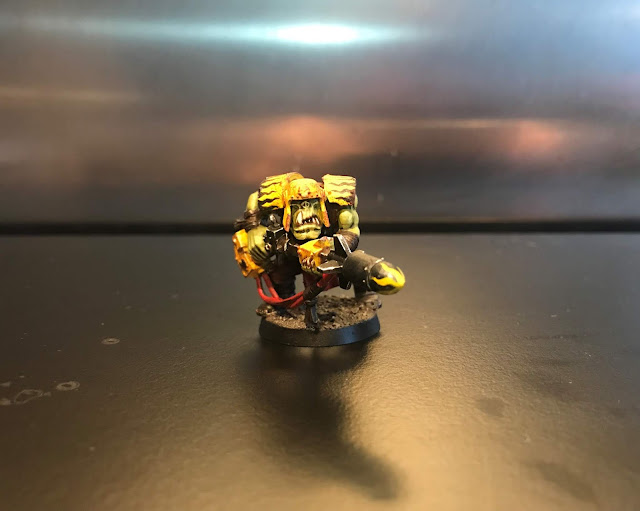 However, all is not lost for Ribbak as he is going to be drafted into Bad Moon Warboss Gorzod's new Tankbusta regiment. 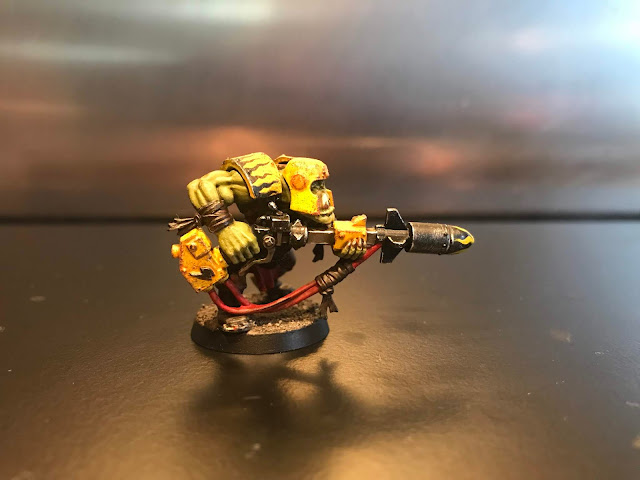 So that's it for part 1, part 2 will have a recently painted up Burna Boy and the regular ladz that make up the rest of Kill Team Ironbrakahs ranks.