Today we will be having a closer look at the Seraphon.

Who are the Seraphon

The Seraphon are the Lizardmen from the world that was. These warriors are summoned into battle by a Slann sage. The army varies from quick agile skins, to hulking warriors known as Saurus. They are also able to summon much larger and more powerful lizards such as Stegadons and Carnosaurs. 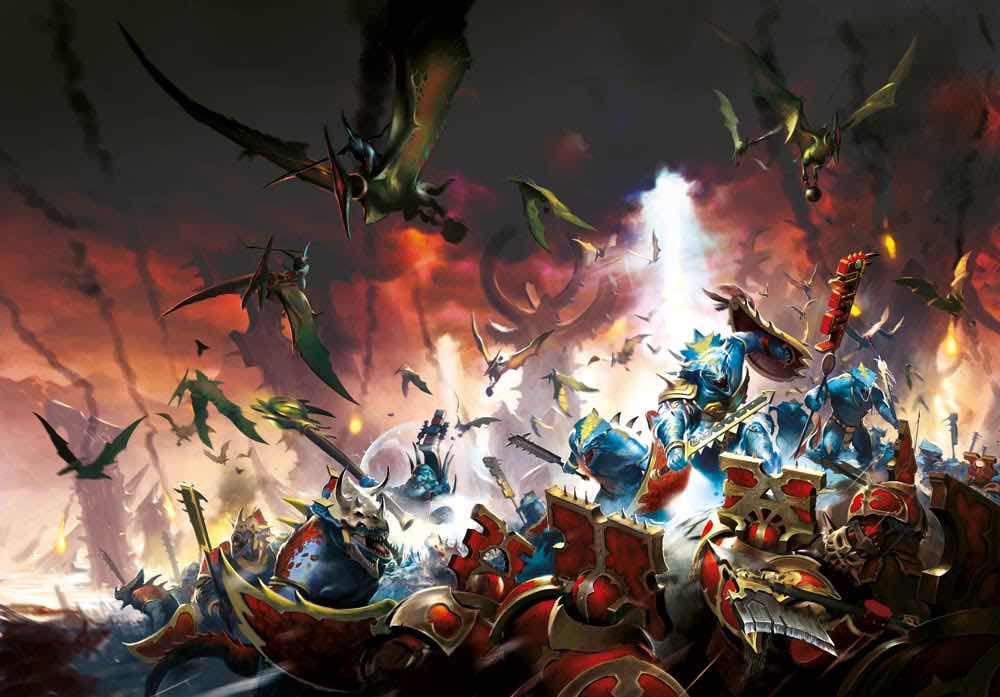 Seraphon’s main goal is to battle Chaos, and they are perfectly adapted to do this. There is a huge range of models that you can choose from, so you can really build your army to suit whatever you play-style is. Also, as lizards really do come in all colours, you can paint them anyway you want. 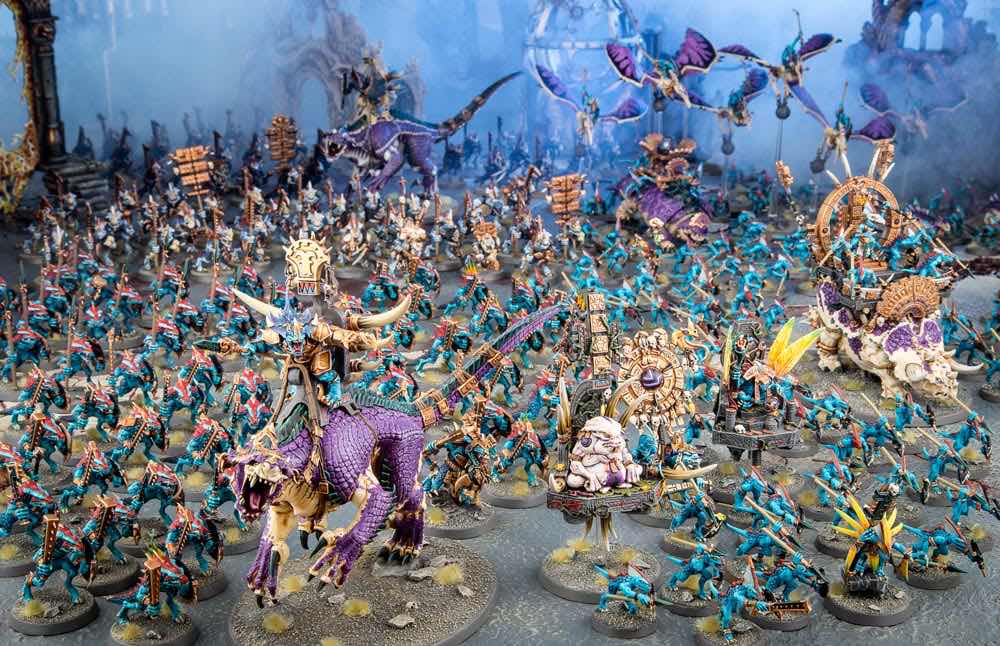 Here is how the summoning will work for Seraphon. 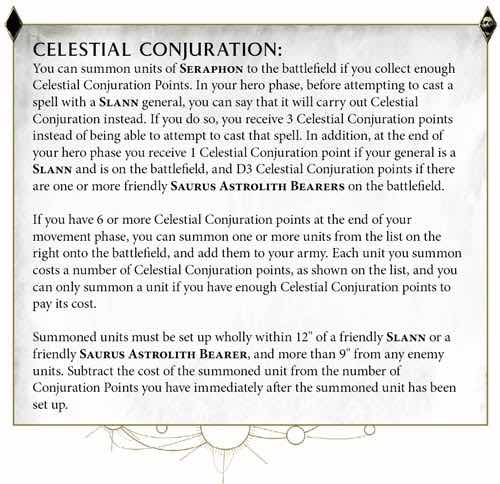 As you can see, you will need to collect, and the spend Celestial Conjuration Points in order the summon new units. You will have the option of spending your points early on weaker models, or saving up and spending them on something stronger. This poses the risk of your Slann being killed before he is even able to summon anything. 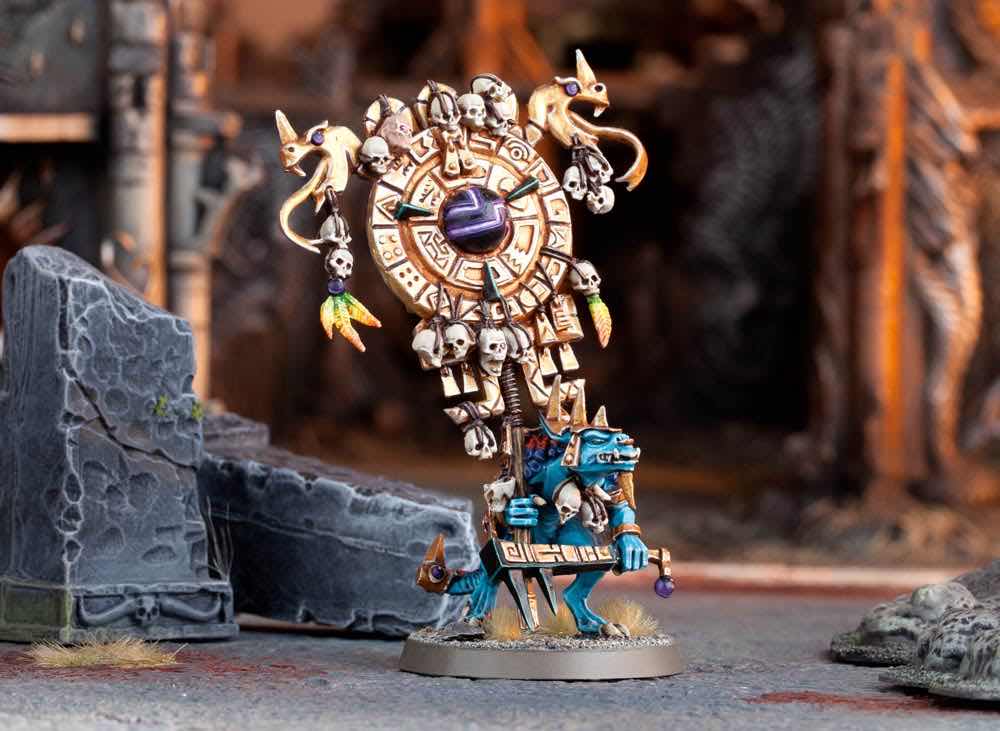 The Seraphon will also benefit from Malign Sorcery as they will have access to a large number of powerfully destructive endless spells. 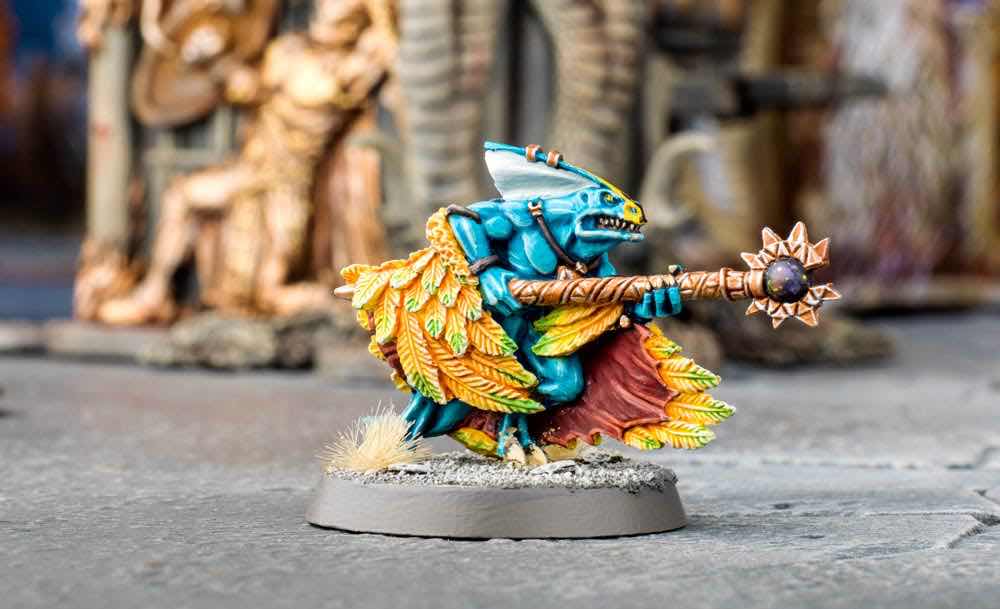 Personally, I do not like the new lore for Seraphon, and I am currently doing mine as proper Lizardmen that have survived the Age of Chaos. I am also planning of doing 2 separate forces, one for Saurus and one for Skinks.