Next up for us to have a look at is one of my favourite order forces so far in Age of Sigmar, the Sylvaneth.

Who are the Sylvaneth

The Sylvaneth are an army made of bark and sap, in other words, trees. These are usually found in the realm of life, Ghyran and are led by the queen of the radiant wood, Alarielle. 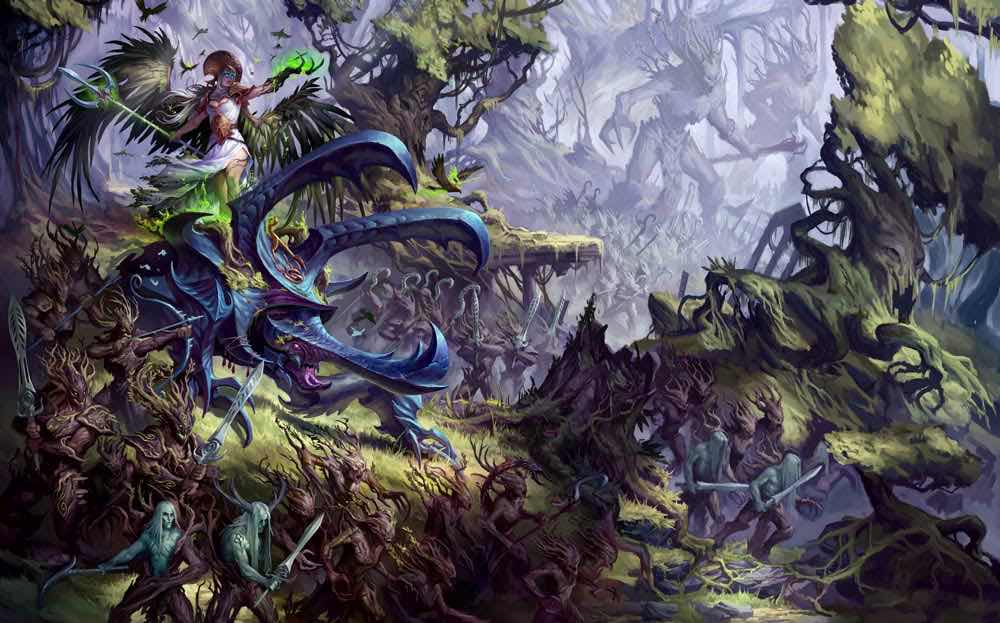 The Sylvaneth are one of the ultimate good guy armies, doing all they can to bring lift to the moral realms, even if that means defending their lands from invaders. The army also has done of the best looking models in the entire game, with Alarielle being at the top of the list. Alarielle is also on of the most powerful individuals in the game. 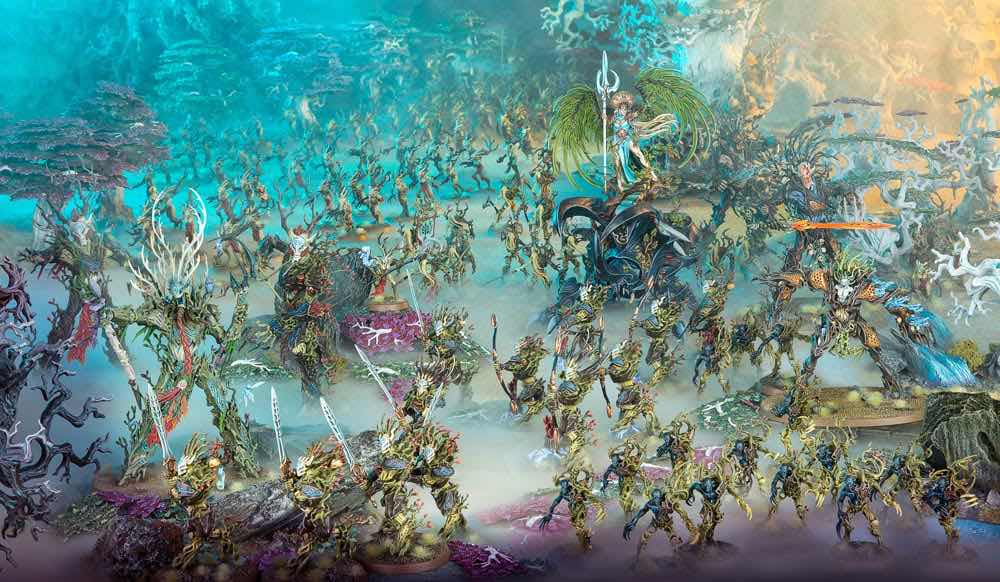 The Sylvaneth are a dimming army, so they will benefit greatly from the new summoning rules. Here is an example. 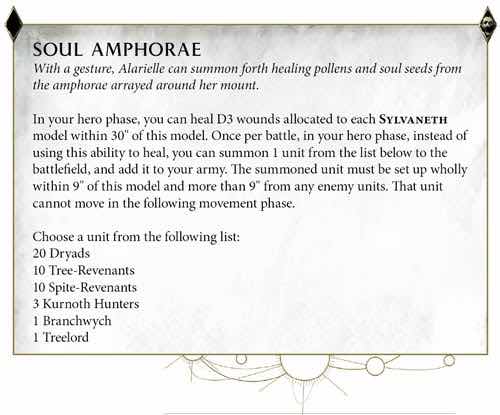 A pretty powerful healing ability and also a one off summon. 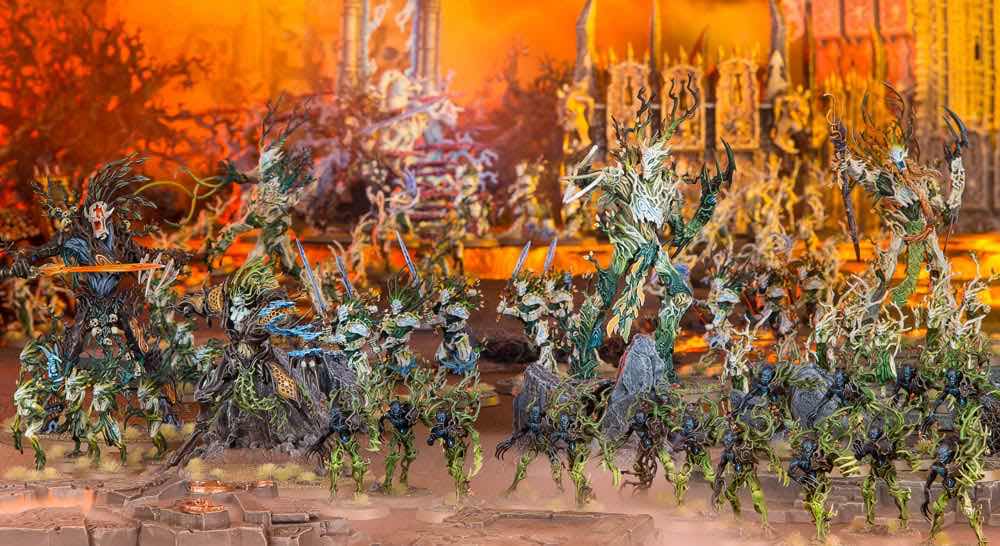 A number of the units will also see discounts to their points. These include Kurnoth Hunters and Spirits of Durthu. 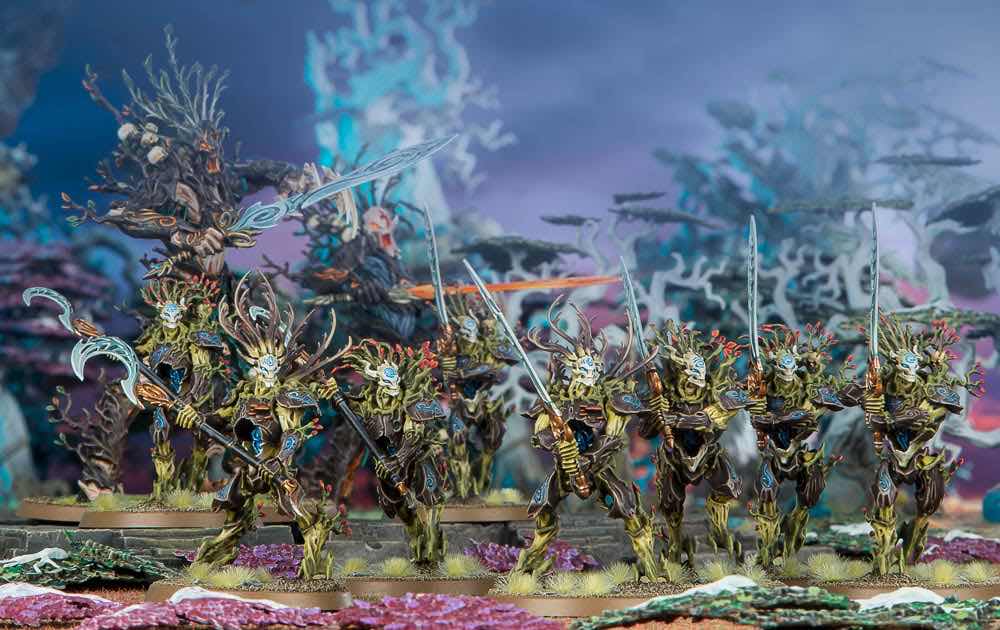 Lastly, there will be some new artefacts available for Sylvaneth forces that hail from Ghyran. Here are a couple of them.

Overall, these are a pretty descent, however I can’t help thinking that they will not stand a chance against some of the other forces we have had a look at. 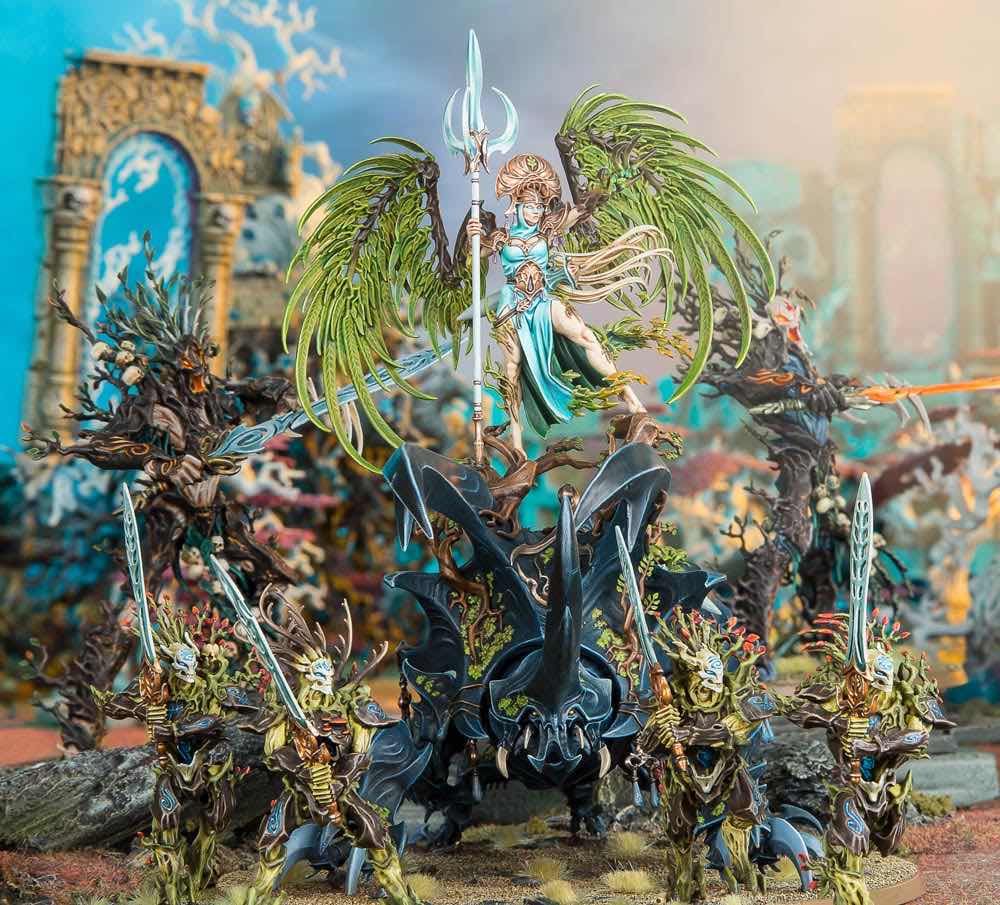