So as promised last week I'm just going to quickly have a look at all the units I think will be battleline and behemoth for the Kharadron Overlords!

Now I will be reviewing this book when I receive it, so hopefully you'll see that soon! They look like they will be the troop choice for the army, with some interesting weapons. I don't think the standard axes and swords will be particularly good with probably no rend and I would say the same for the pistols. However the special weapons hopefully will do, there's a power harpoon, a harpoon gun and what looks like an assault cannon! This looks like where they will excel, having multiple damange and rending abilities.

As for armour I doubt they will be strong, maybe a 5+, these guys don't have the armour of the Stormcast or Ironjawz which I believe are both 4+'s. Also their back packs could have some ability.


Next the Balloon guys!

These to me seem like a unit you will be able to have as battleline if you take the Kharadron Overlords allegiance. They look as though they will be the fast moving cavalry of the army, it also looks like they come in different builds. The power harpoon assault troops above or... 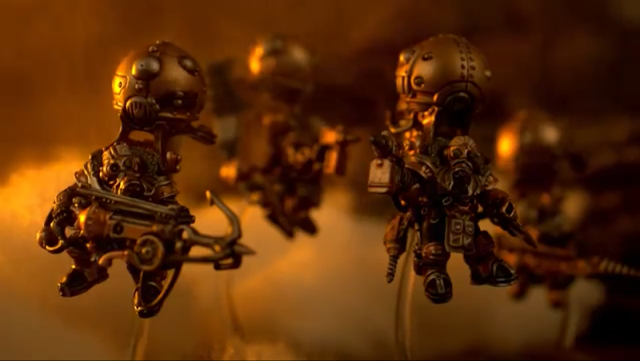 These guys, with different heads (Gas masks?) and weapons. They look like a more of a ranged unit, with strange pistols and an even bigger harpoon/grapling hook gun! Also in the back right it looks like there is a different weapon type which you can also see on the frigates.


Next a unit with some nasty looking guns...

I really do love these models and they look pretty menacing for the table top! I'm not sure if they would be battleline under the Overlords allegiance but if you look at the way the Ironjawz are set up then they may well be.

I can't begin to predict what these weapons will do but if GW have been clever they'll allow you to field all of the variants together or so you can just specialise them for a particular battle field role. Meaning you have to buy loads of them! I also think they are well armoured so will be rocking the 4+ save.


Now to the Behemoths and their weapon load outs.. A great image comparing each of the ships, The smallest ship may not end up being a behemoth as it does look fairly small. Amazing looking models though and I think GW is really looking at how it can make races compatible with other universes for a again monetary purposes and for if you want to convert them into Squats! lol.

What I find most interesting are the weapon options, the picture above shows a cannon and the picture below shows the new unknown kind of weapon. 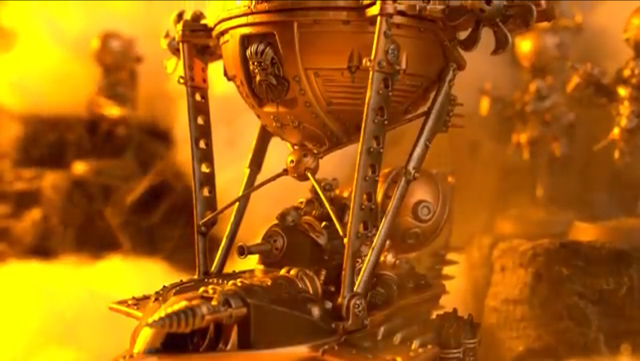 On this image below the medium ship has a cannon whereas the one above has a huge harpoon! 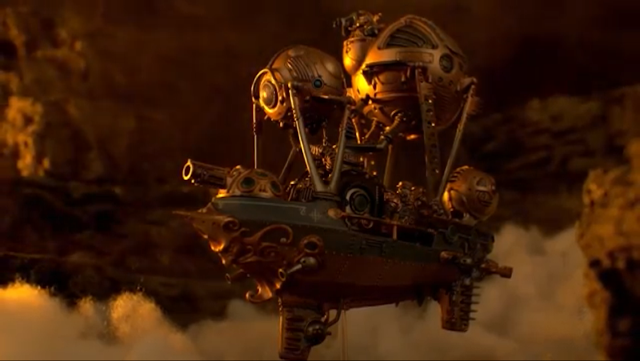 So it looks like you can field either a cannon, gatling gun, harpoon or the new weapon? I hope its not a laser! As they are already pushing the boundaries of technology in this universe, its supposed to still be fantasy even if it is high fantasy. 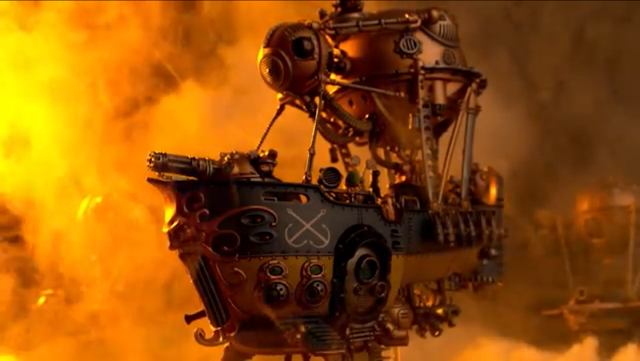 The final point I will make is.. is this a transport? It certainly looks like it could be and a very interesting idea to have in AoS. Maybe its with the squats in mind! ;)


So let me know what you think about these models or what they may be able to do in the game!